On the night of 29 March 1985, a mercenary from GAL walked into the Les Pyrénées bar in Biarritz (France) at around 9.30 pm. Without saying a word, he took out a gun and opened fire on several of the customers. Benoit Pecastaing, a 21-year-old student, was hit and killed instantly. Another three men were wounded, between amongst them ETA militar member Kepa Picabea.

Several witnesses of the crime ran after the killer —Pierre Baldes, a French citizen— and managed to corner him. He was sentenced to life imprisonment by the French courts. 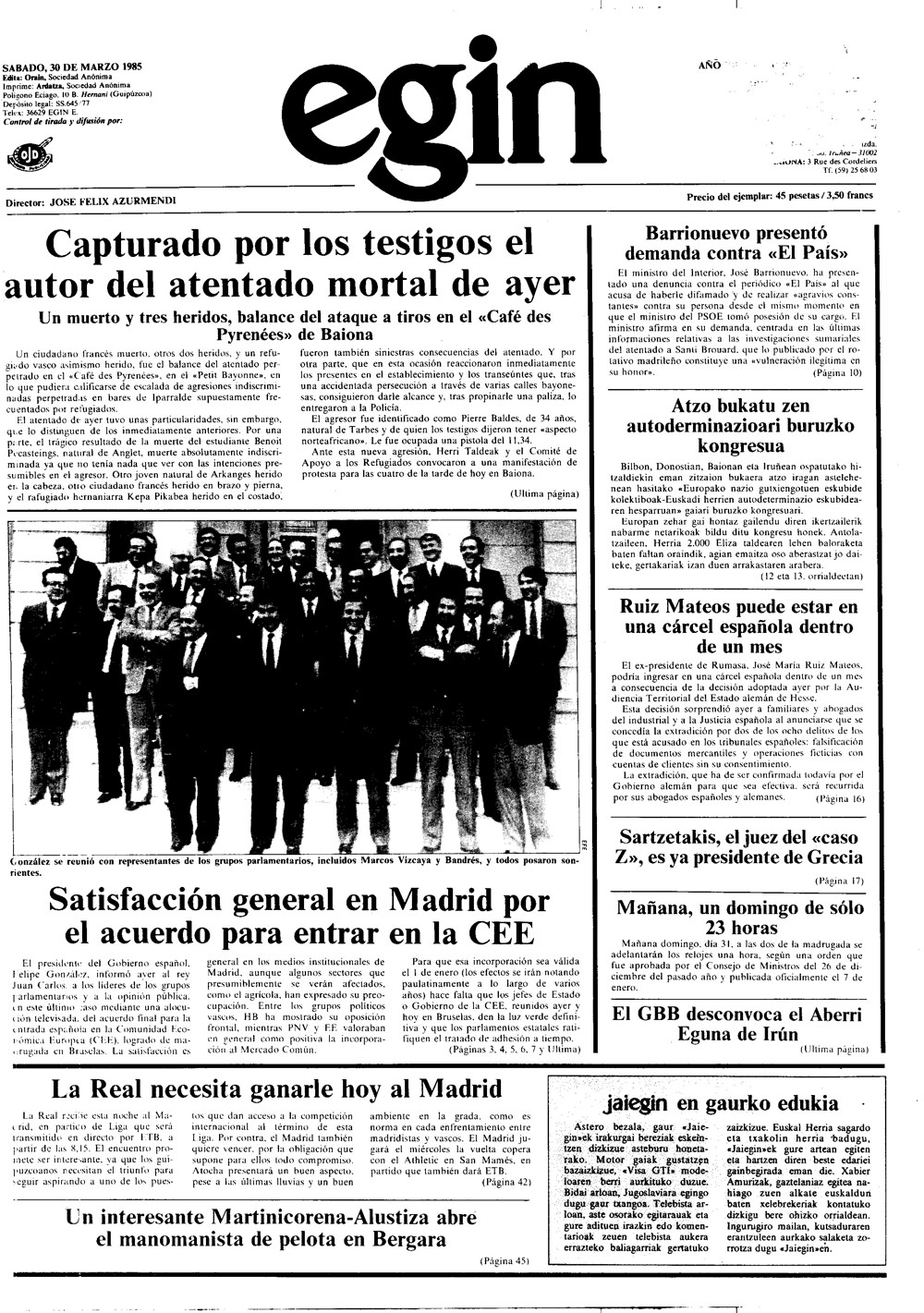 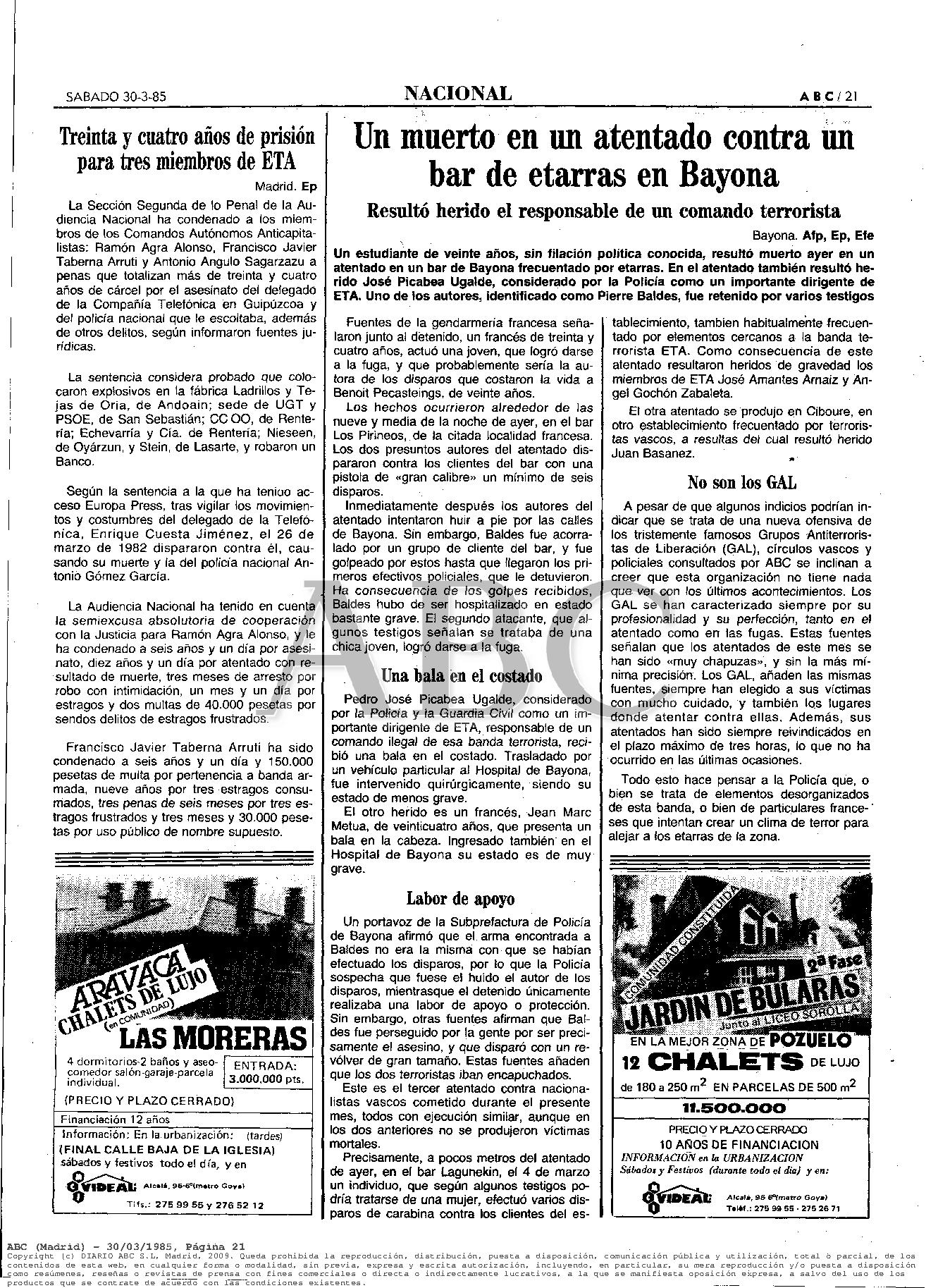