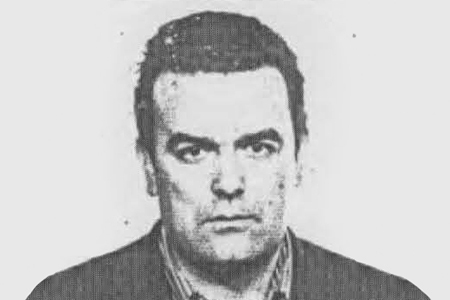 Benjamín Quintano Carrera was on his way home to Pasajes Ancho after completing work at the Inchaurrondo barracks. When he was just 40 metres from his home, two ETA terrorists came up behind him and shot him up to six times. He died almost instantly with one of his children holding his hands.

The victim’s four children were orphaned, since their mother had also died four years before.