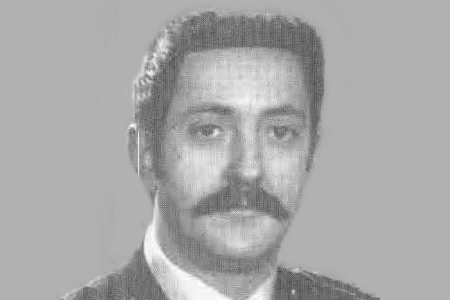 Benigno was shot in the back by two terrorists. Still in uniform, he was on his way home from the barracks at the time. He died as he was being transferred to hospital. He had previously received death threats. At a press conference, his widow, Mari Carmen Echevarría, gave details of the threats they had received: ‘It was a woman from the town, a Herri Batasuna supporter. One day she called at my door and told me: ‘Your husband is a bastard and we’re going to kill him”. On her way home from Benigno’s burial service, the woman again threatened Mari Carmen: ‘She called at my door and told me that she had warned me that this was going to happen. She told me to get out of there’.