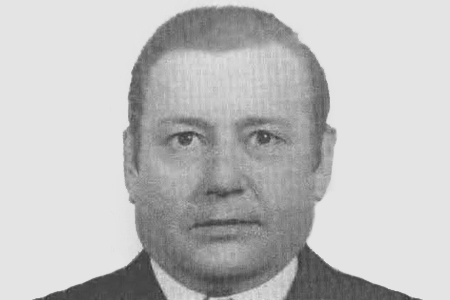 ETA gave several bomb warnings, but the bomb exploded just three minutes later. Ramón Iturriondo García, cashier at the bank, and Aníbal Izquierdo Emperador, an orderly, were killed instantly in an attack later referred to by ETA as a ‘technical error’ and a ‘regrettable incident’, in a communiqué published in Egin newspaper. Another ten people suffered injuries, some critical, including Benicio Alonso Gómez, who died two days later. 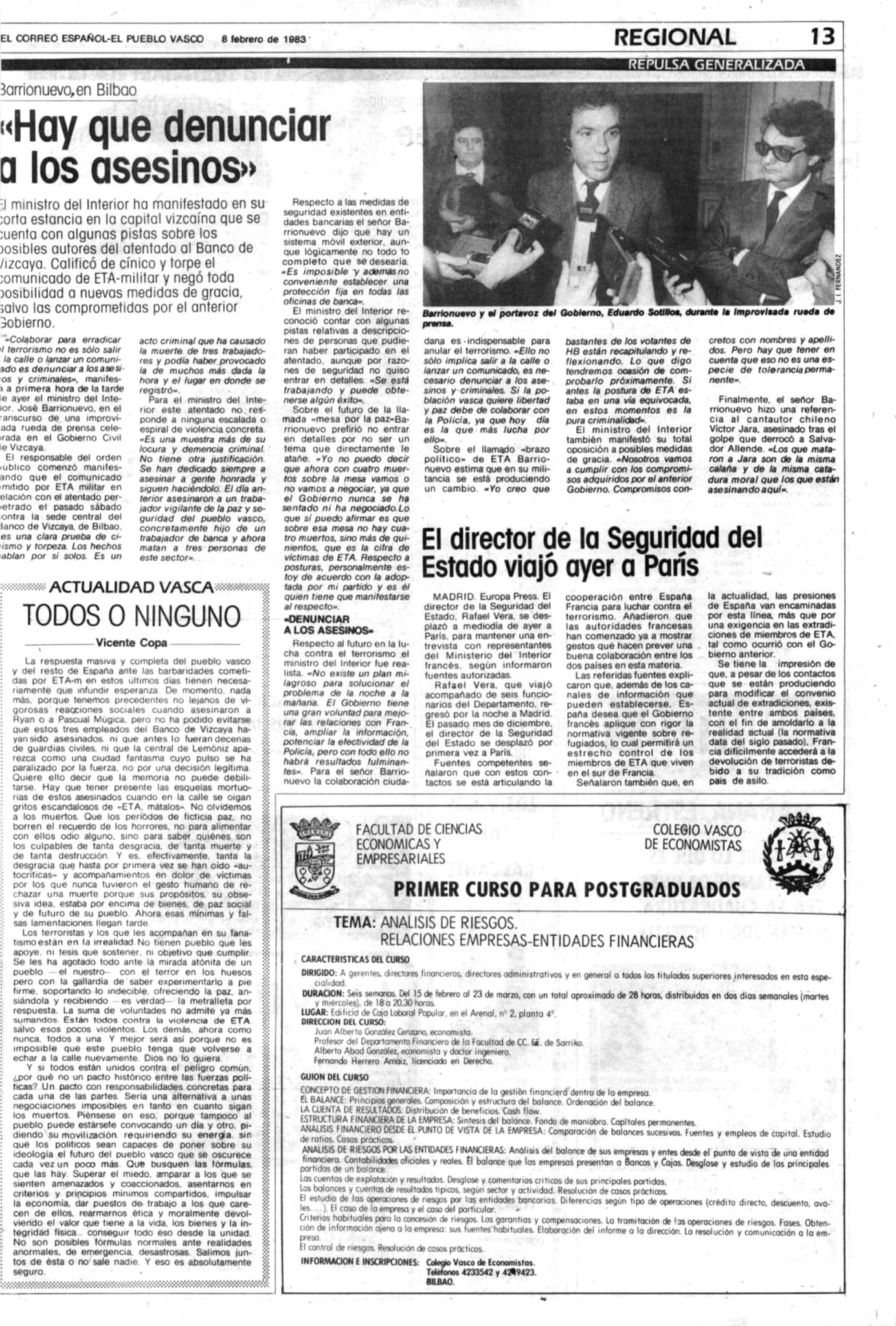 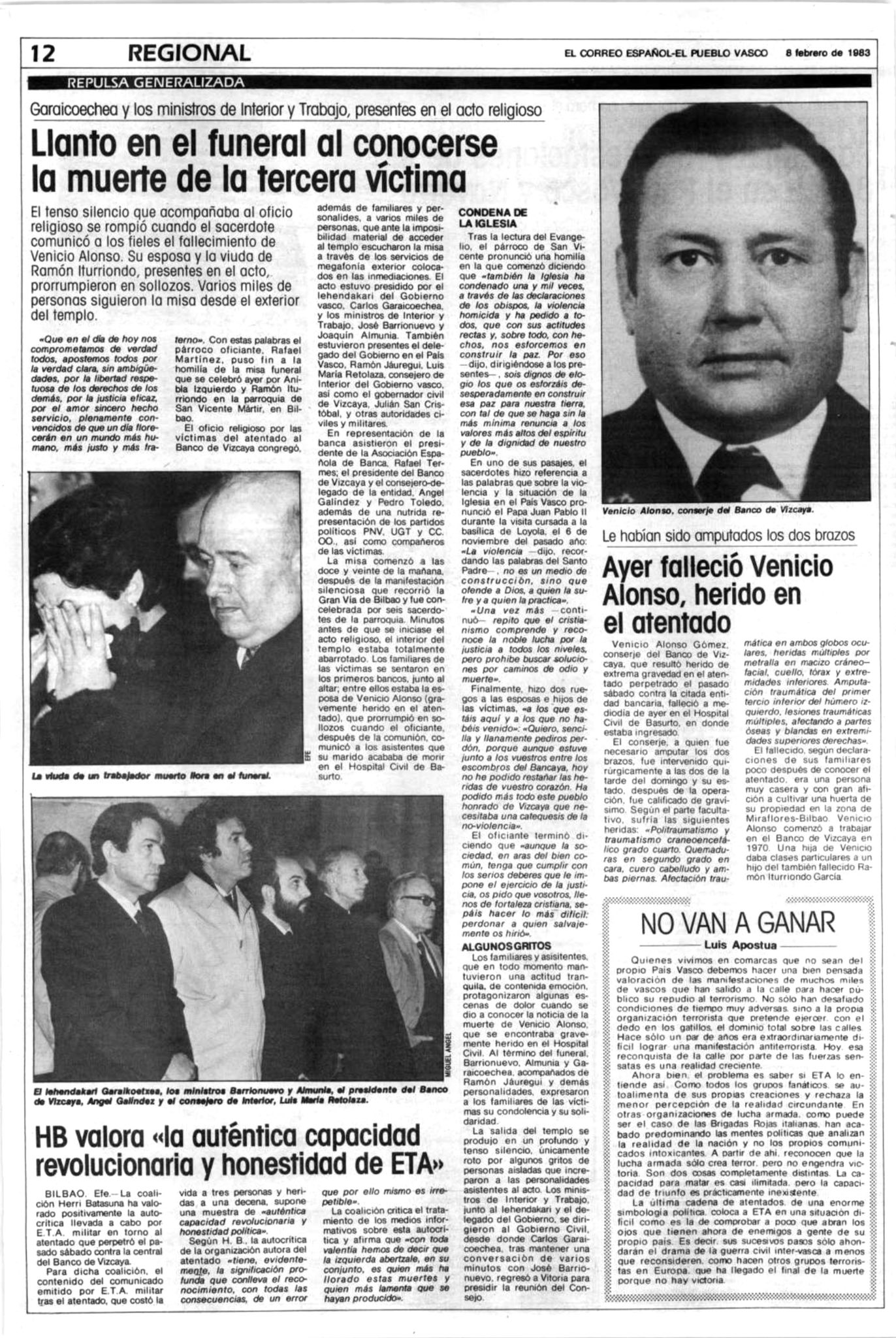 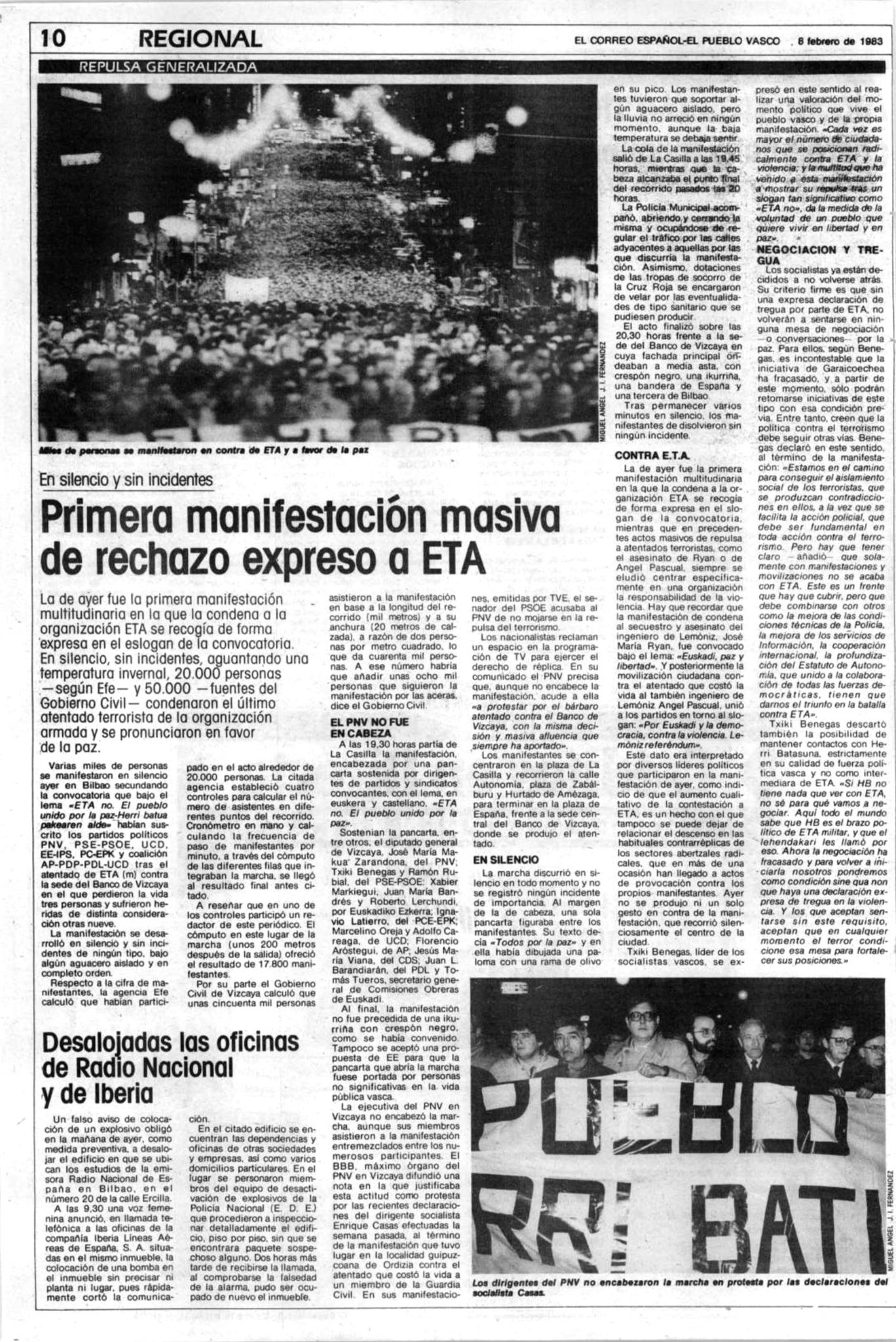 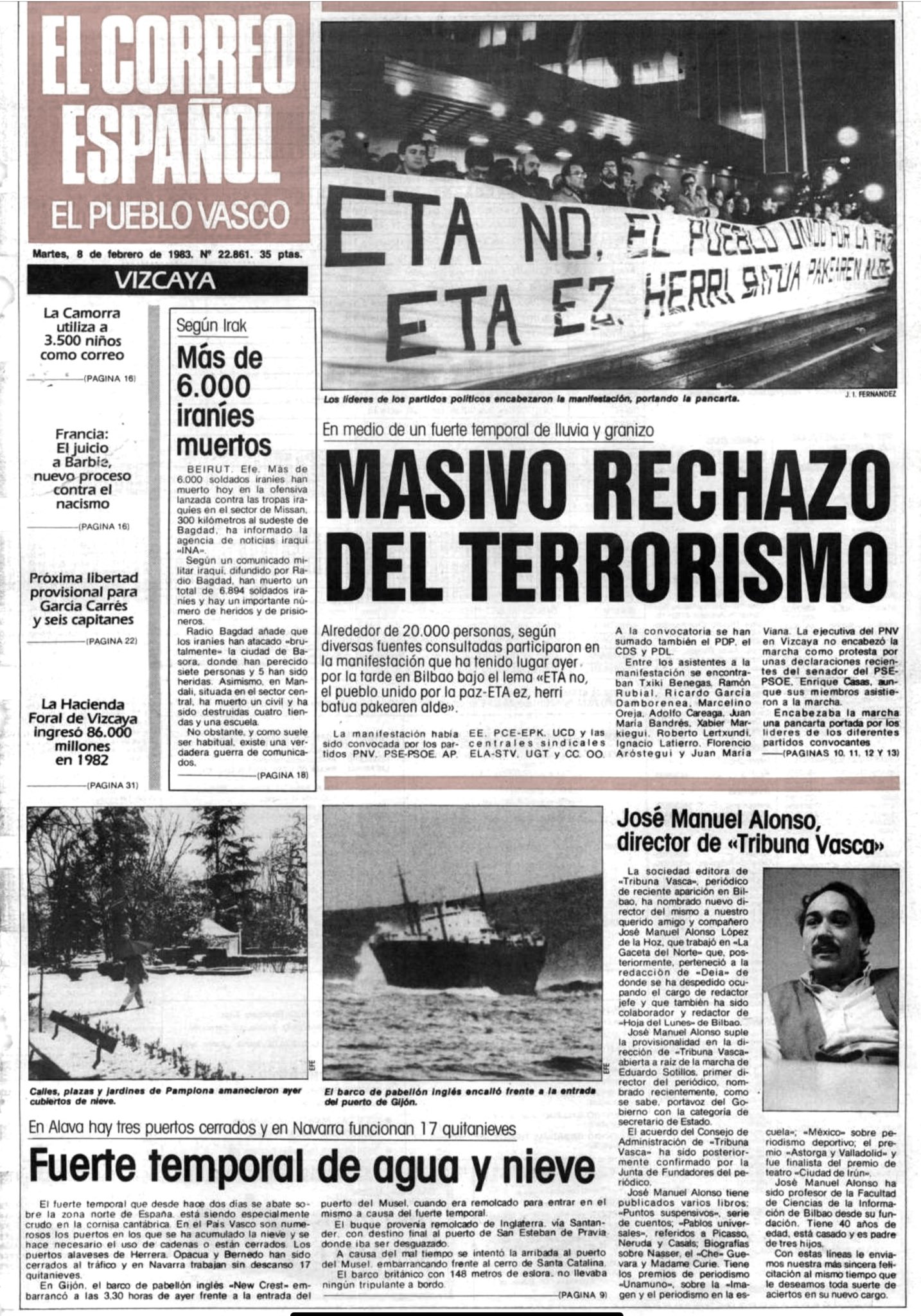