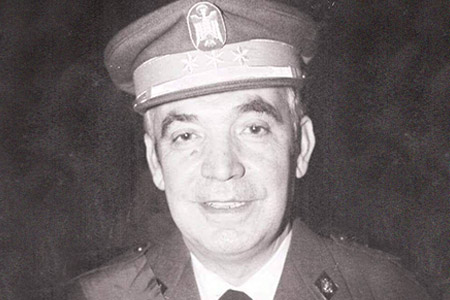 Captain Basilio Altuna Fernández de Arroyabe was celebrating the fiestas in the town of Erenchun, Álava with his wife and other relatives when a terrorist shot him in the head, killing him instantly. ETA’s communiqué claiming responsibility for the crime was laced with untruths, linking the victim to far right organisations. In a brave public reply, his widow said that she and her four children could not remain silent in the face of such lies tarnishing her husband’s honour. 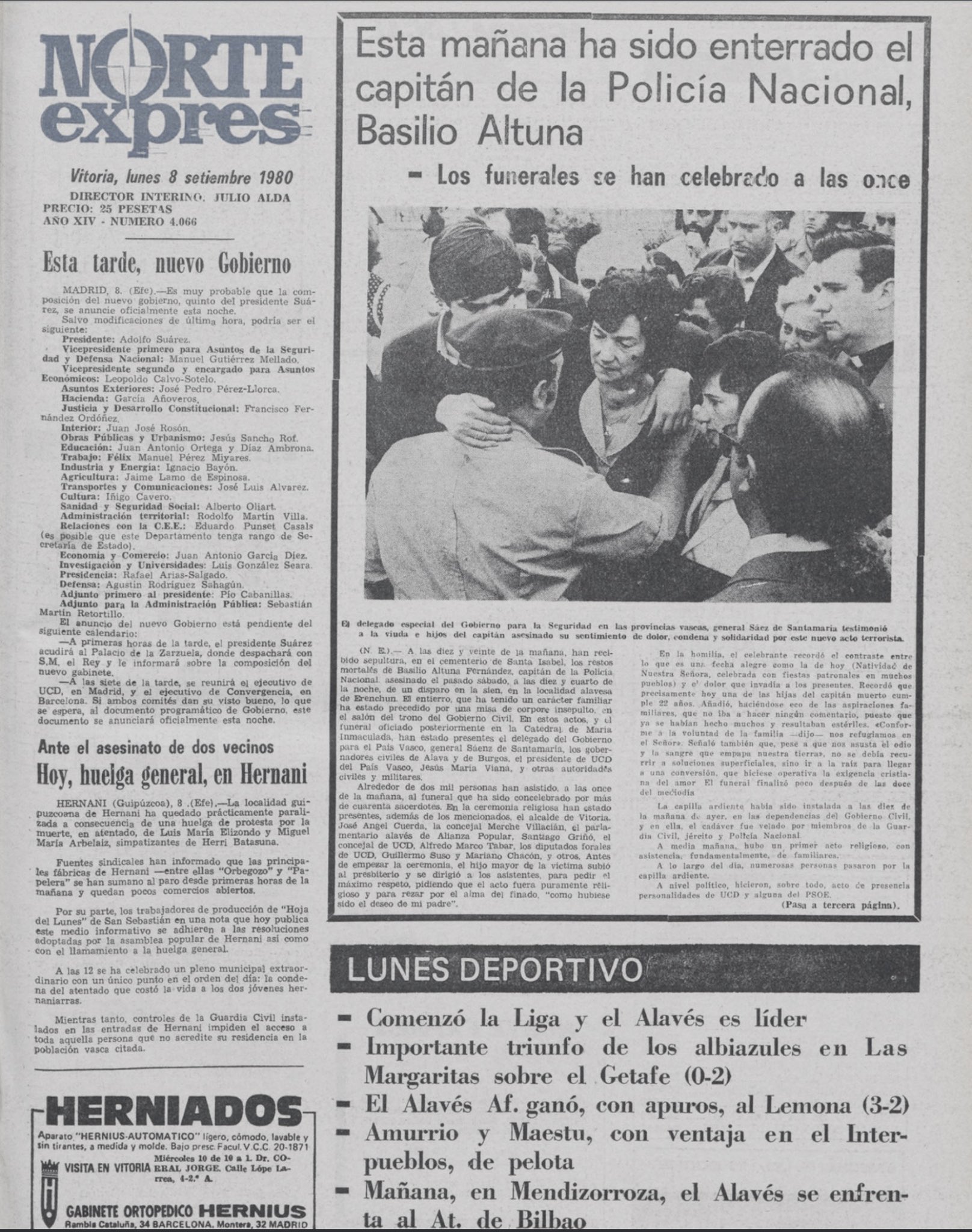 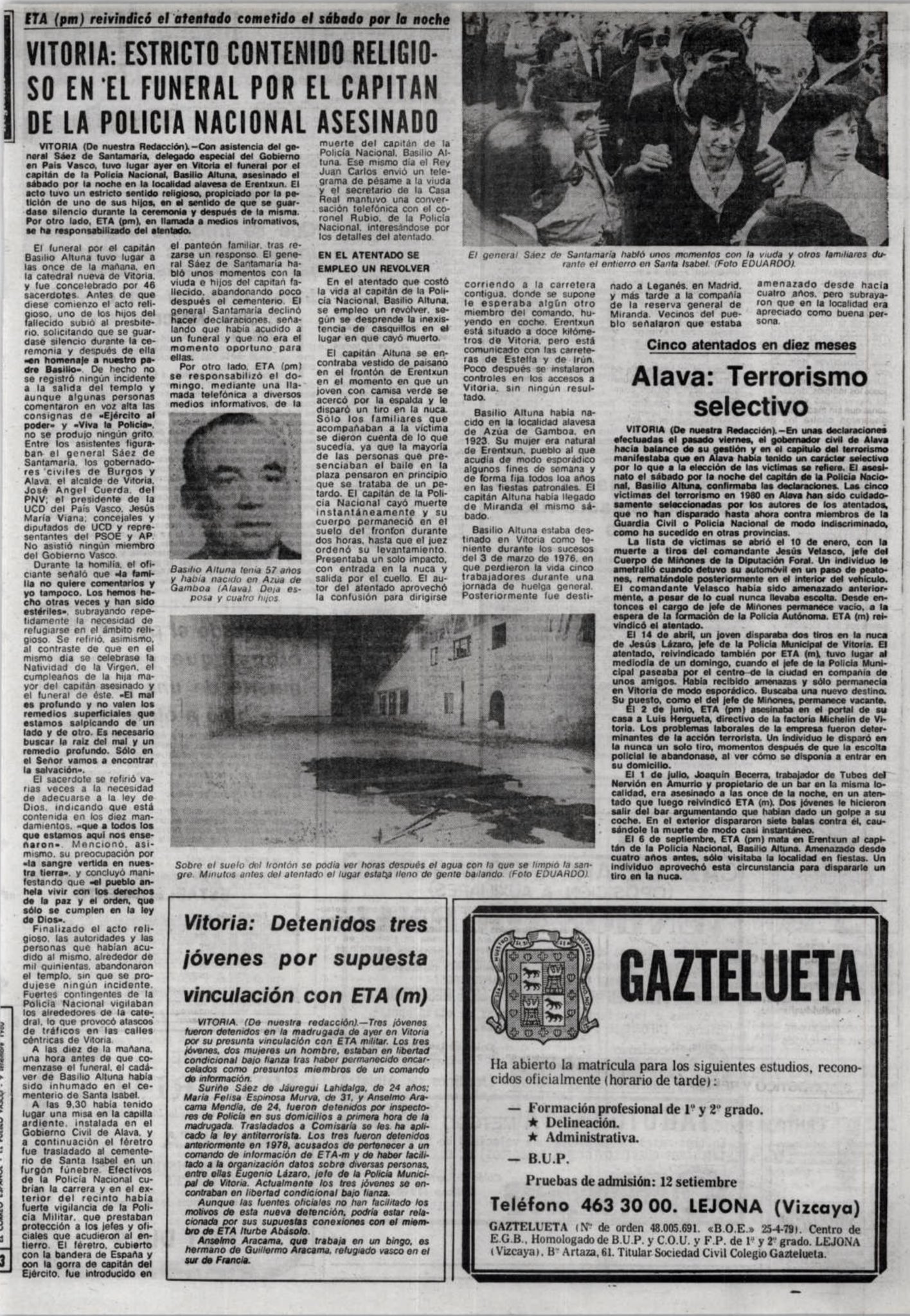 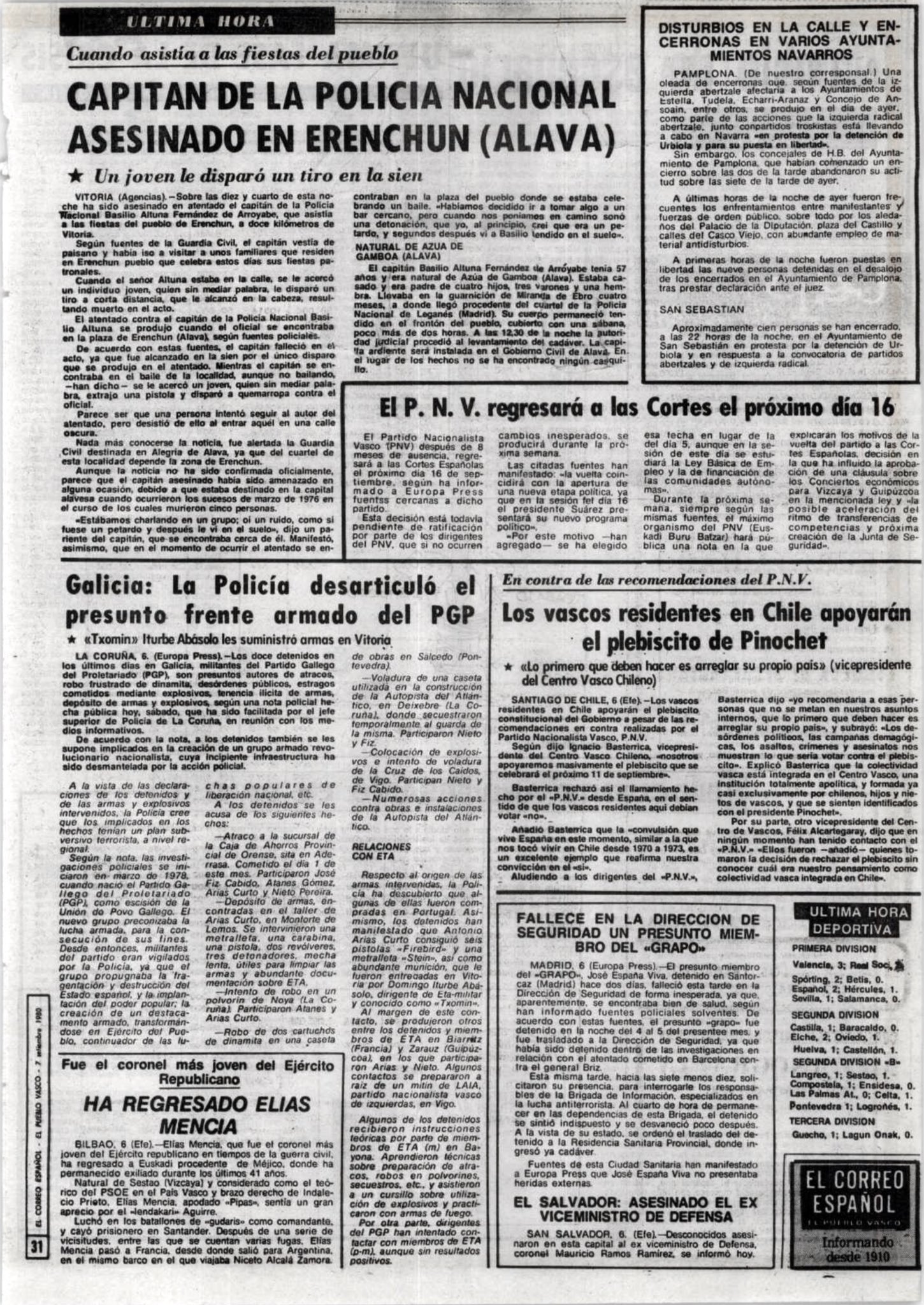 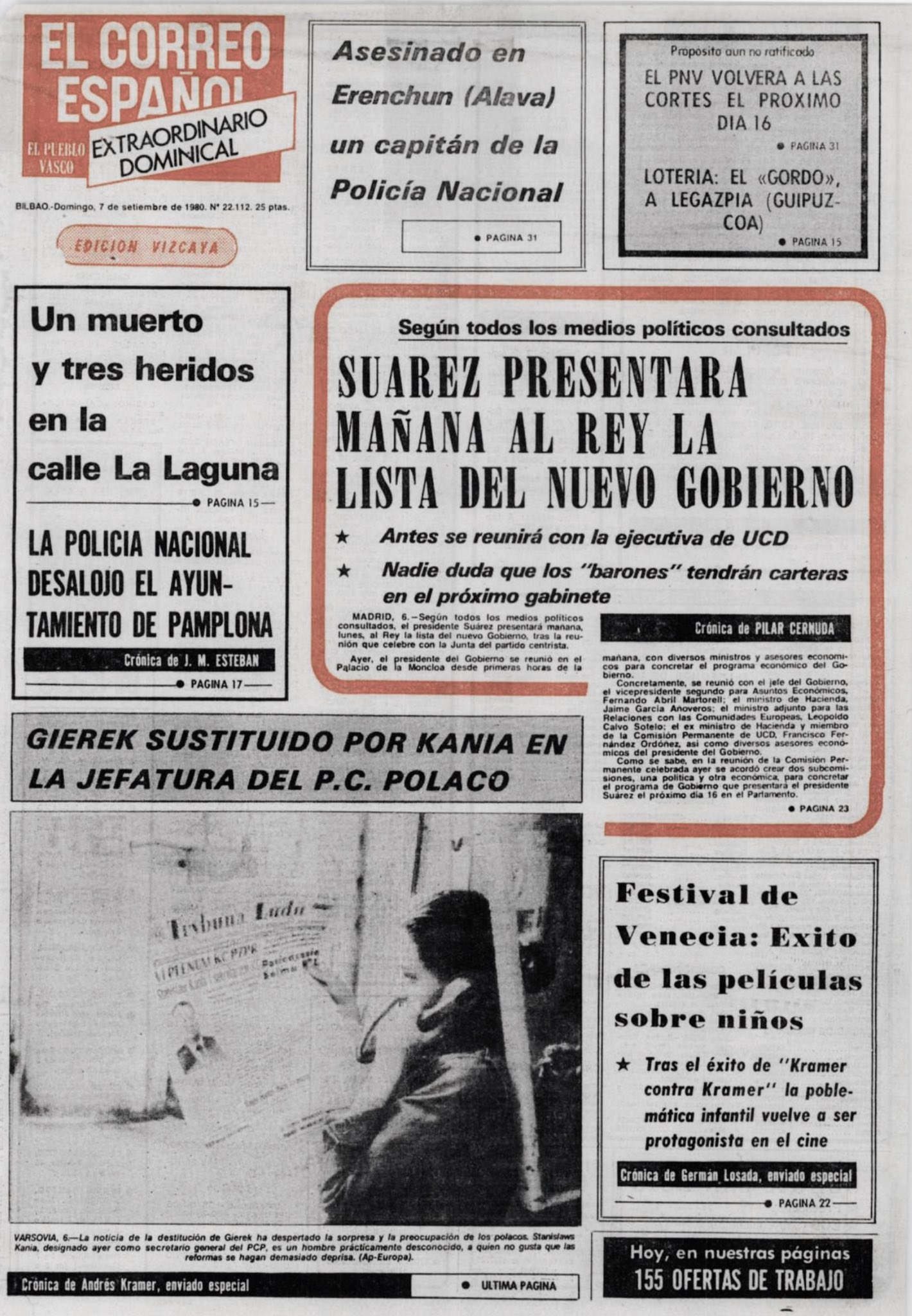