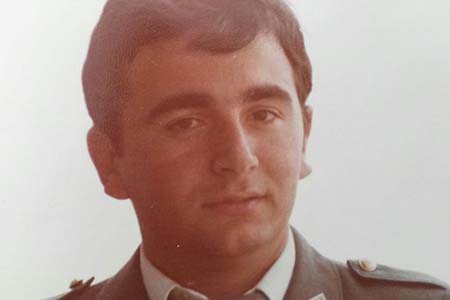 Born in: Extremadura
Age: 23
Offspring: 1
Marital status: Married
Job: Gendarme of the Civil Guard of the Information Service of the Saint Sébastien Command
Date of the attack: 21/11/1980
Place of the attack: Ibarra
Weapon: Gun
Killed by: ETA-CCAA

Aurelio Prieto Prieto was working for the Information Service at the San Sebastian headquarters and was with his colleagues Eduardo Izquierdo and José Blasco investigating the area around the site where Cuban industrialist Pedro Abreu had been held hostage for 45 days, in the vicinity of the chapel of Our Lady of Izaskun, in Tolosa.

The civil guards were travelling in an unmarked Seat 124, driven by José Blasco. When they reached the area of the chapel, they saw two suspicious individuals sitting on the parapet. Aurelio Prieto and Eduardo Izquierdo got out of the vehicle, and as José Blasco was parking the car, they approached the two men to ask them for ID. Without saying a word, one of the men took out a gun and fired on the two civil guards, hitting and seriously wounding Aurelio in the shoulder and head.

Eduardo, who received severe injuries to the right arm, looked on helplessly as the terrorists shot his fellow-officer again as he was lying on the ground. In an attempt to avoid being shot, he dropped to the ground and tried to roll away, but the terrorists approached him and shot him. Izquierdo managed to draw his pistol and shoot the attackers, but they got away. José Blasco, for his part, tried to fire at the terrorists, but failed to hit them.

One of the perpetrators of the attack, Eugenio Barrutiabengoa, has been living in Venezuela since the late 1980s. Despite pleas from the victim’s widow, Concepción Fernández Galán, he has never been handed over to the Spanish authorities. 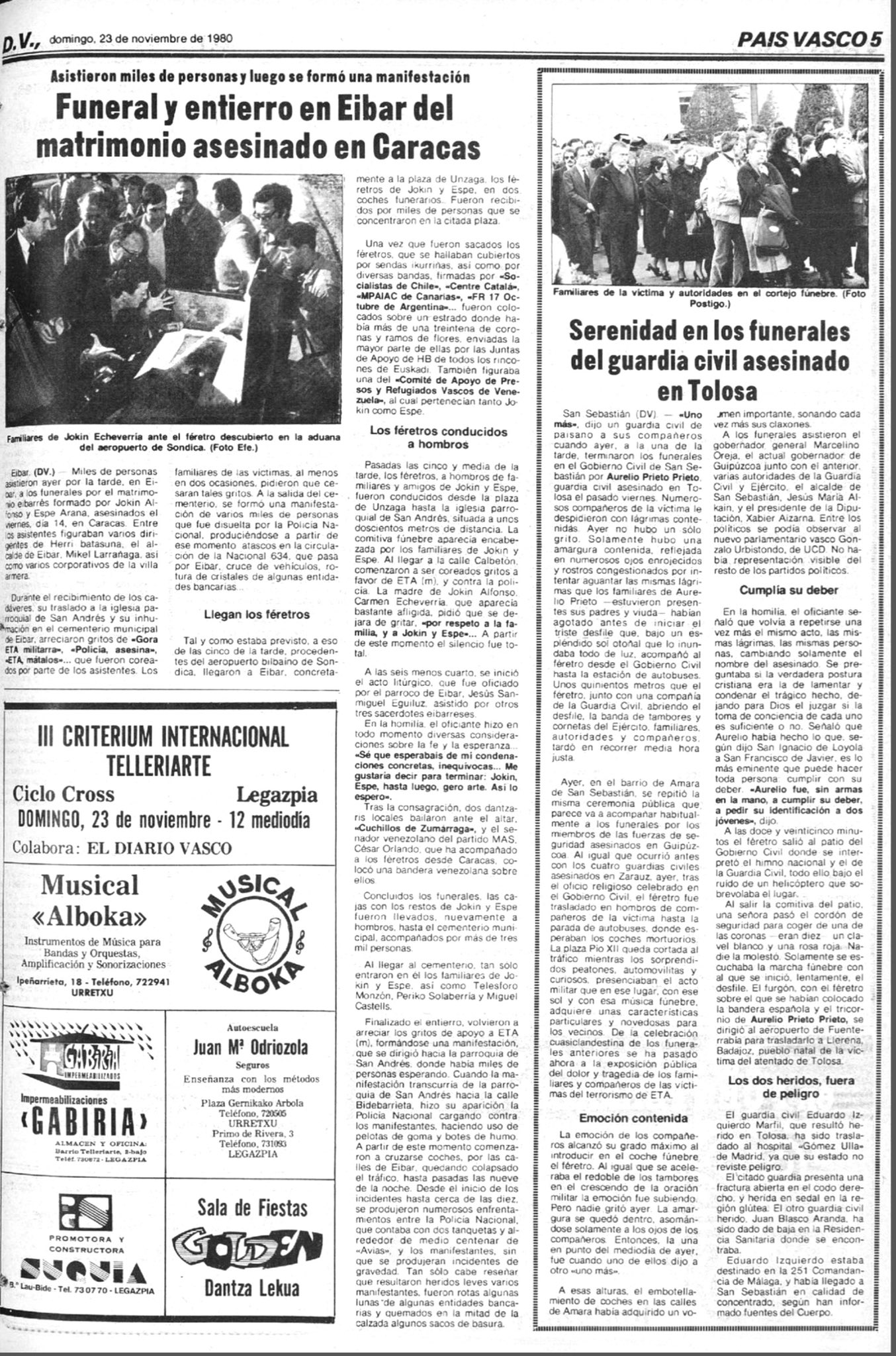 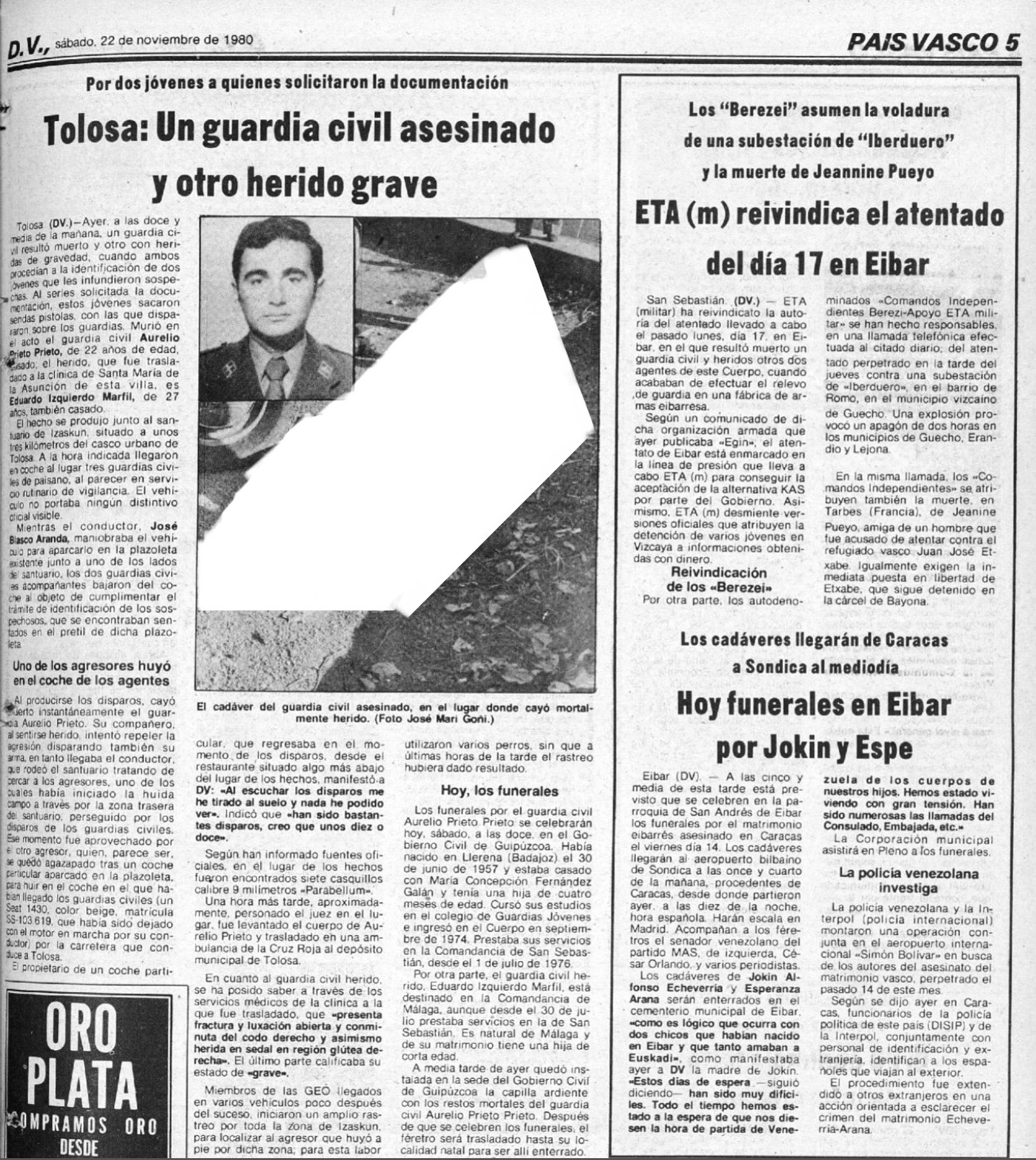 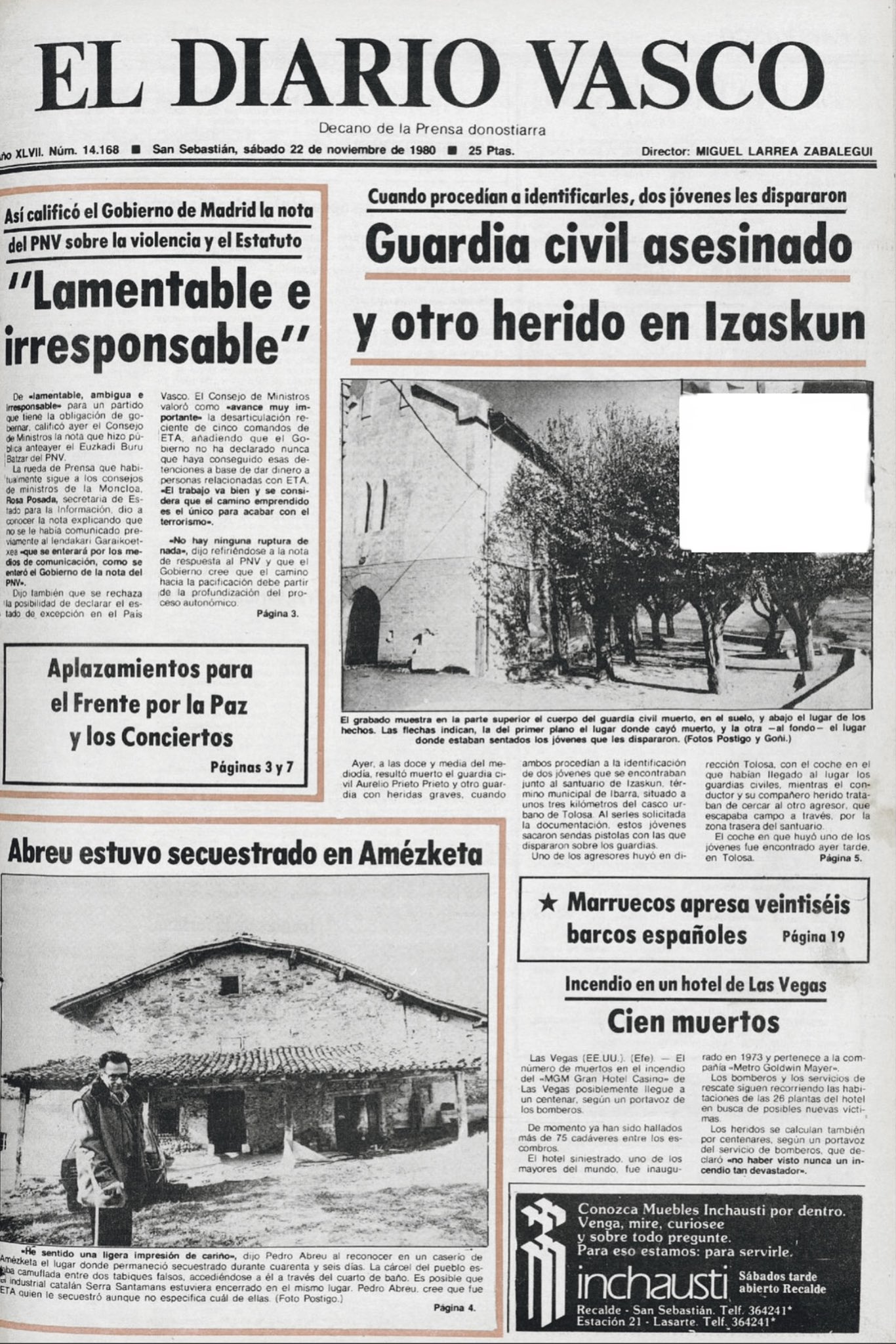 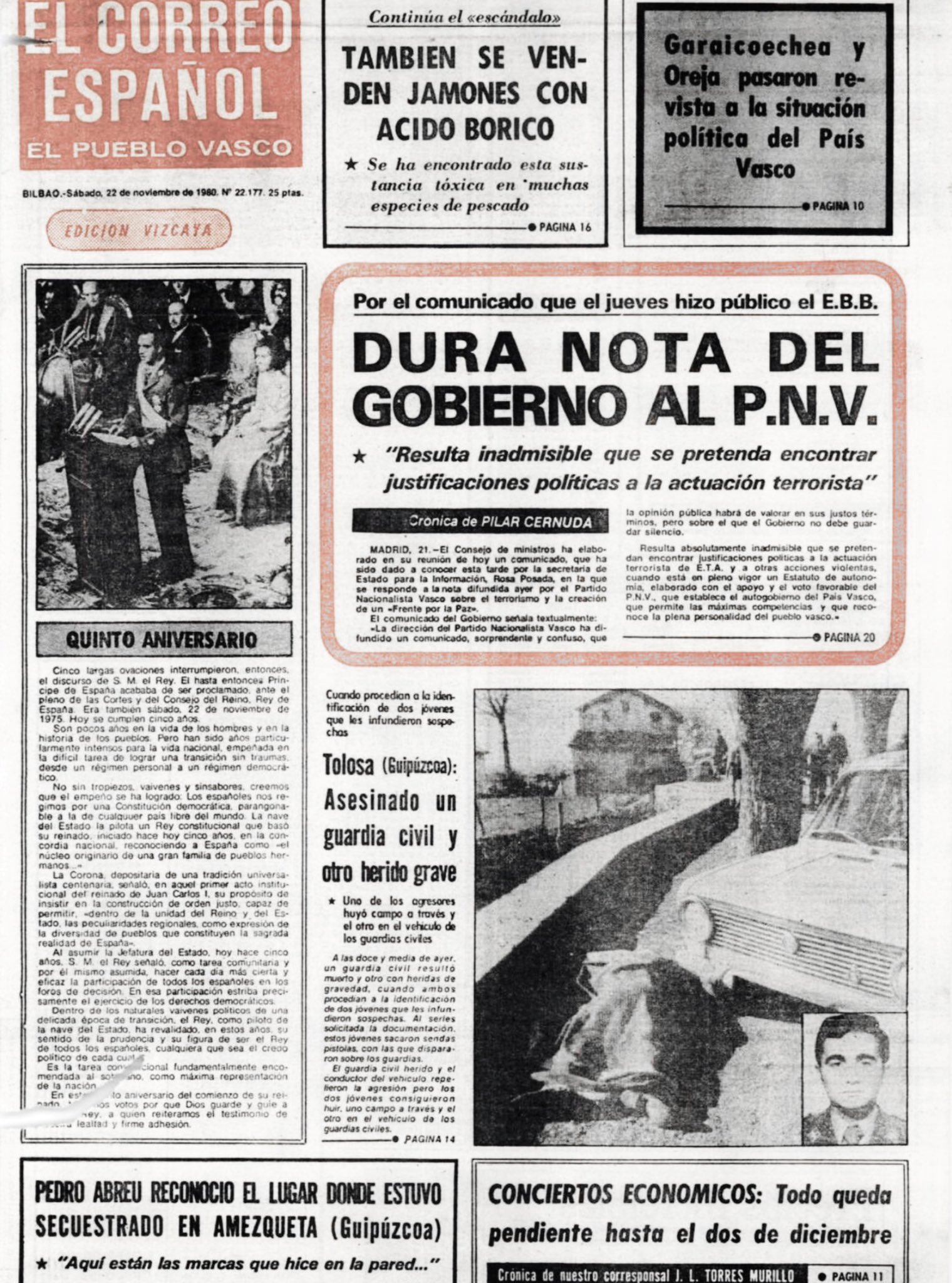