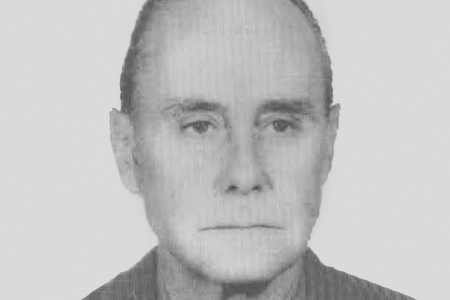 The Land Rover carrying Private Gustavo Pérez Domínguez left the barracks at 8:40 am. As it was heading towards the Plaza Sagrado Corazón in Bilbao, the driver had to stop to give way to cars coming from the right. At that moment, three terrorists opened fire on the vehicle with machine-guns from the right-hand side and rear, firing up to nine rounds.

The driver, Private Gustavo Pérez (21), was hit in the back. He managed to climb out of the vehicle, but then collapsed with concussion. Colonel Aurelio Pérez-Zamora Cámara, who had multiple injuries, died in the Accident and Emergency ward of Basurto Hospital. Major Julián Ezquerro Serrano was killed instantly but his body lay inside the vehicle for another hour until the investigating magistrate ordered its removal.

Colonel Aurelio Pérez-Zamora had been living in Bilbao for just twenty days. The rest of the family had not yet had time to move to the city.