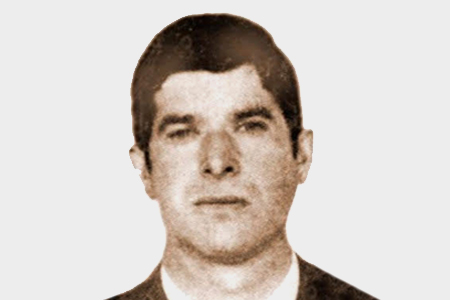 Civil guards Aurelio Navío and Antonio Gómez Ramos were killed by ETA on 13 July 1980 when they and six other colleagues were returning from the Explosivos Río Tinto gunpowder store in Aya. The patrol was assaulted by several ETA members who opened fire on their vehicles from two different positions and tossed three grenades at them. One of the first to die was Antonio Gómez, who was only 22 years old and had been married eight months earlier. His colleague Aurelio Navío was hit by the next grenade and also killed. Aurelio planned to get married in the following months.