The attack was perpetrated by two terrorists as Arturo Quintanilla Salas, his wife and his elder daughter, aged 15, were getting into their car to return home, after locking up the Jose Mari Bar which he owned.

His daughter, who witnessed the killing, told El País about the attack: “My father was starting the car, when a dark blue or black car drove up. As it drew level on our side, the man beside the driver lowered the window, put his head and arm out and began shooting from very close range, as the street is very narrow and there is hardly room for two cars to pass. With the first shot my father fell to one side, and my mother and I could feel the bullets grazing our faces; they could have killed all three of us. The man who fired the gun was dressed in a dark jacket, black glasses and had short hair.”

Arturo Quintanilla had already received threats from ETA-militar and had even had bomb warnings. ETA had tried to extort ten million pesetas from him, and Quintanilla had unsuccessfully travelled to France to try to make contact with the terrorists. 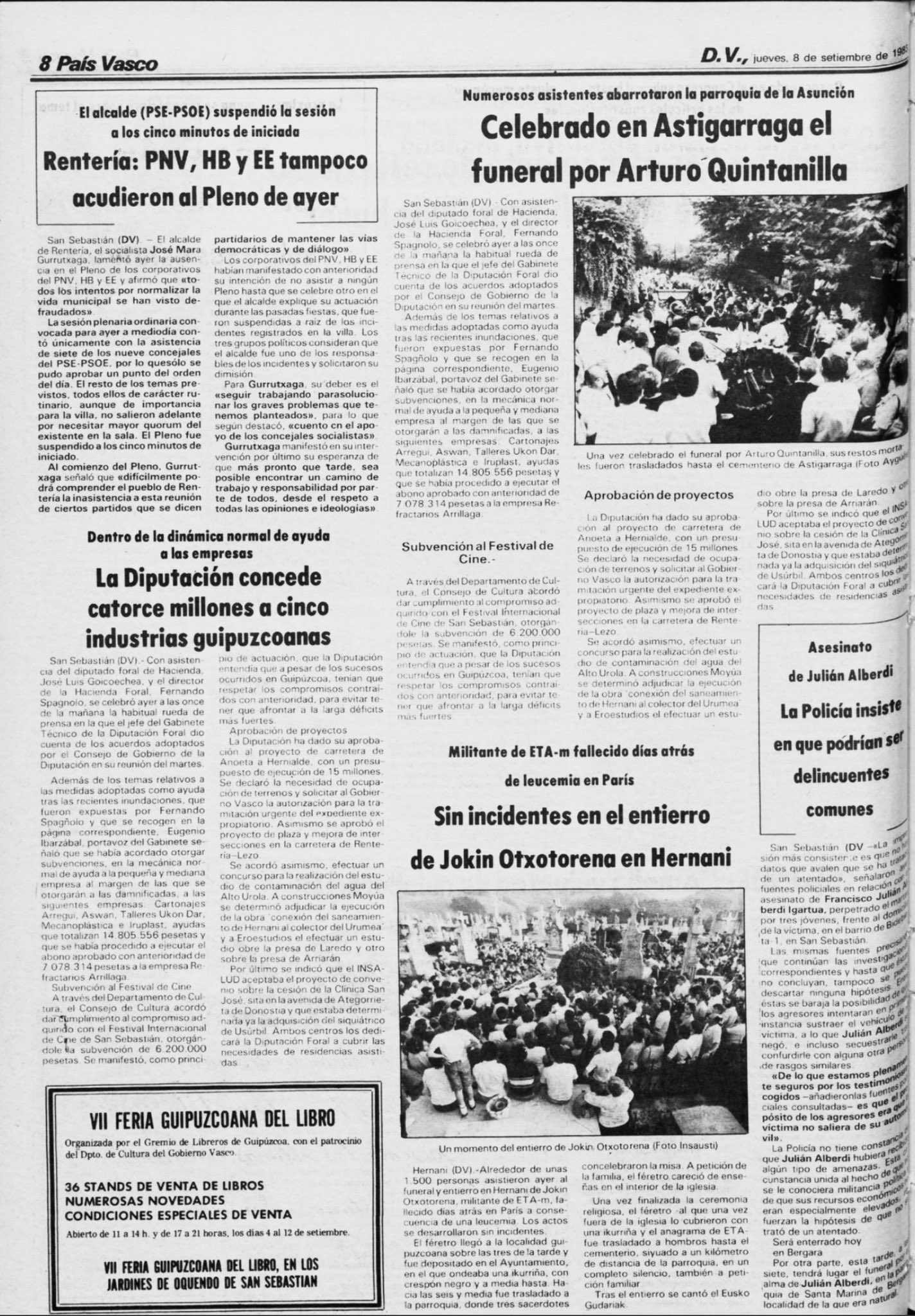 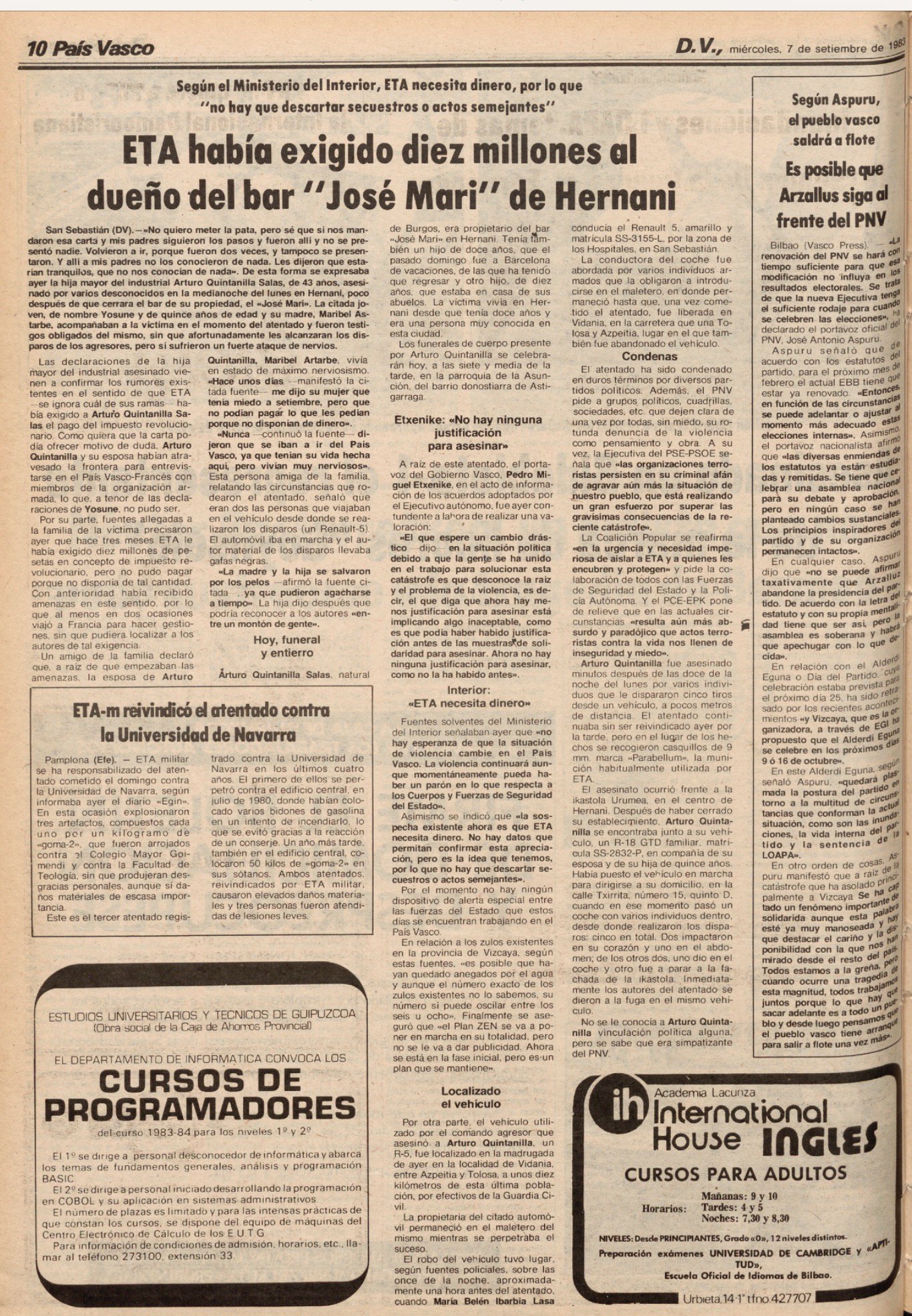 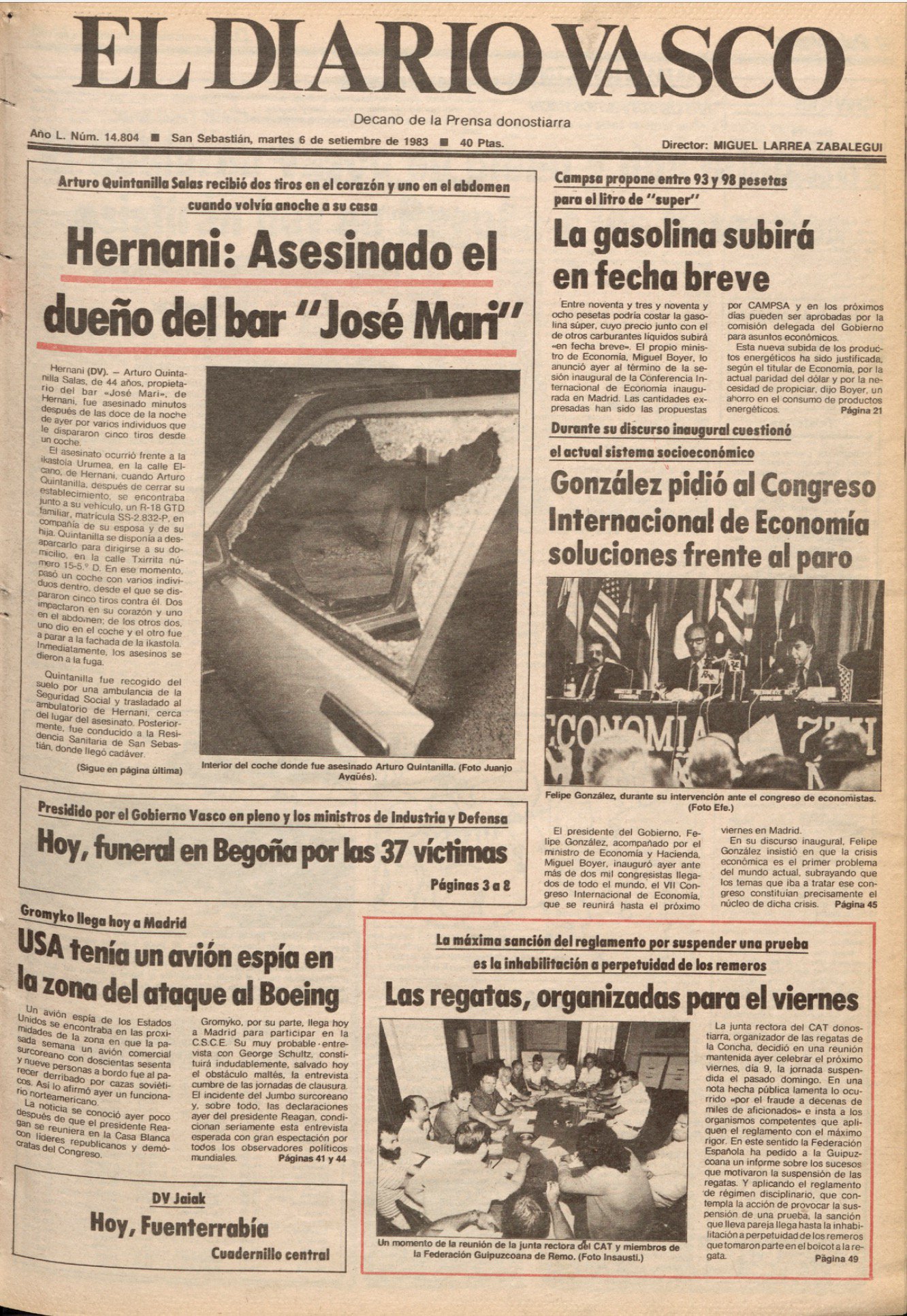