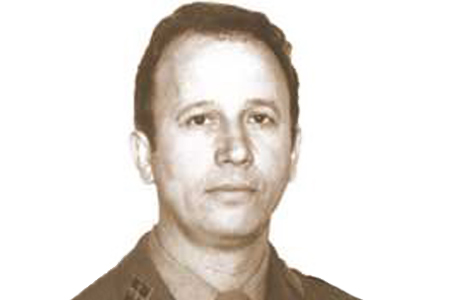 On 21 April 1984, ETA assassinated civil guard Antonio Velasco Benito while he was on guard duty at the Provincial Court of Bilbao. He was shot with automatic weapons from a moving car carrying three terrorists, two men and a woman. Antonio was hit in the head and leg. He was taken to Basurto Civil Hospital, where he died an hour later. 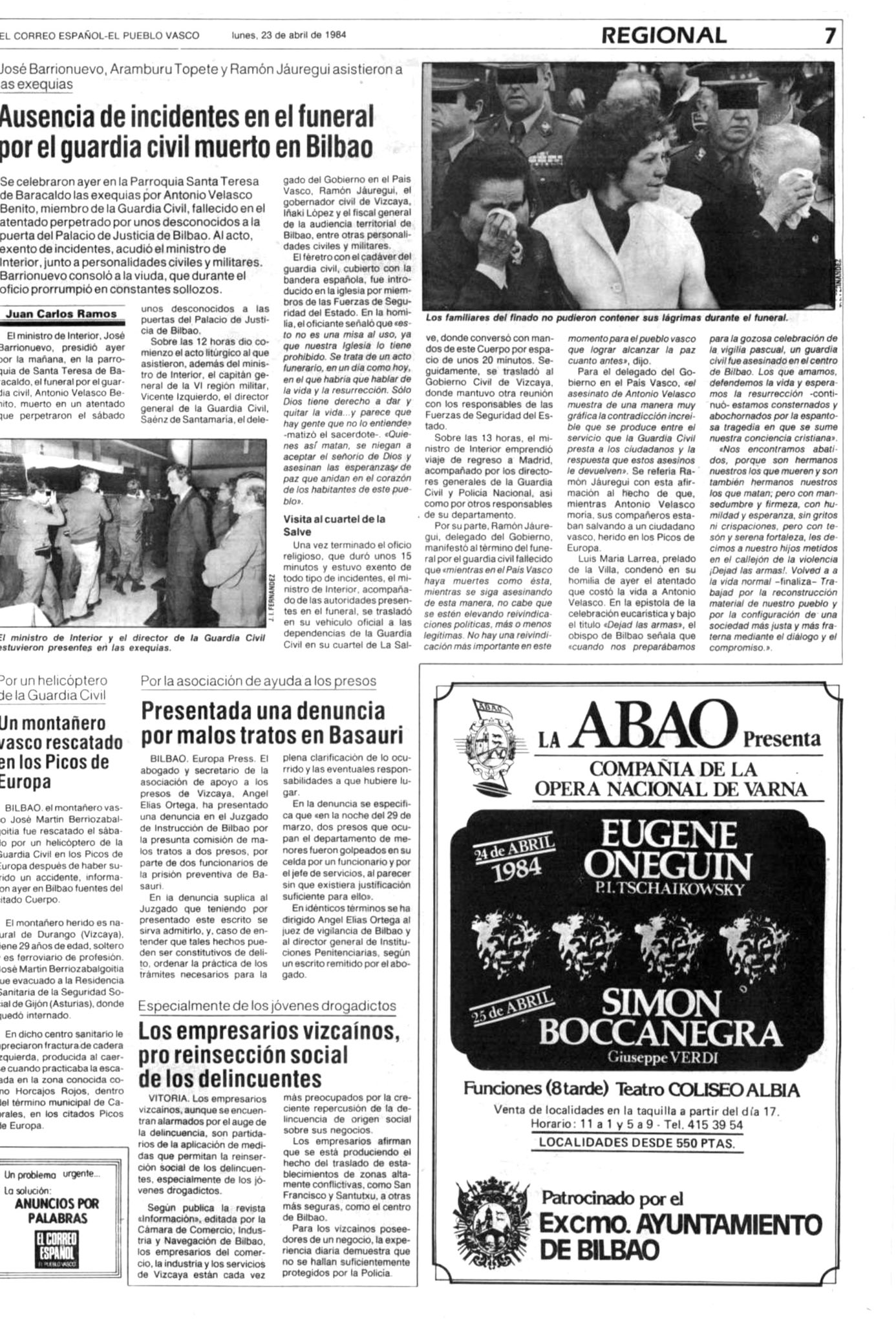 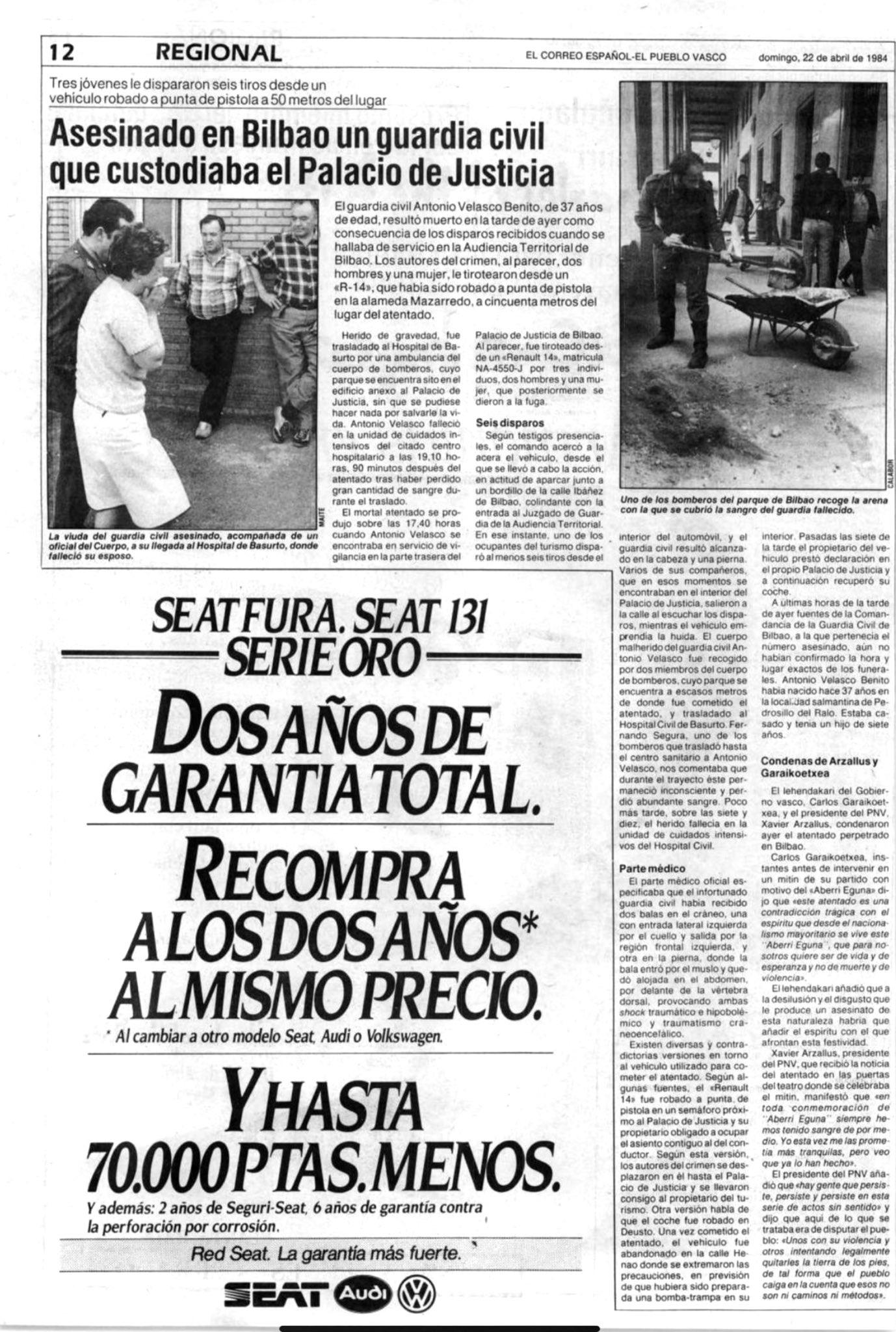 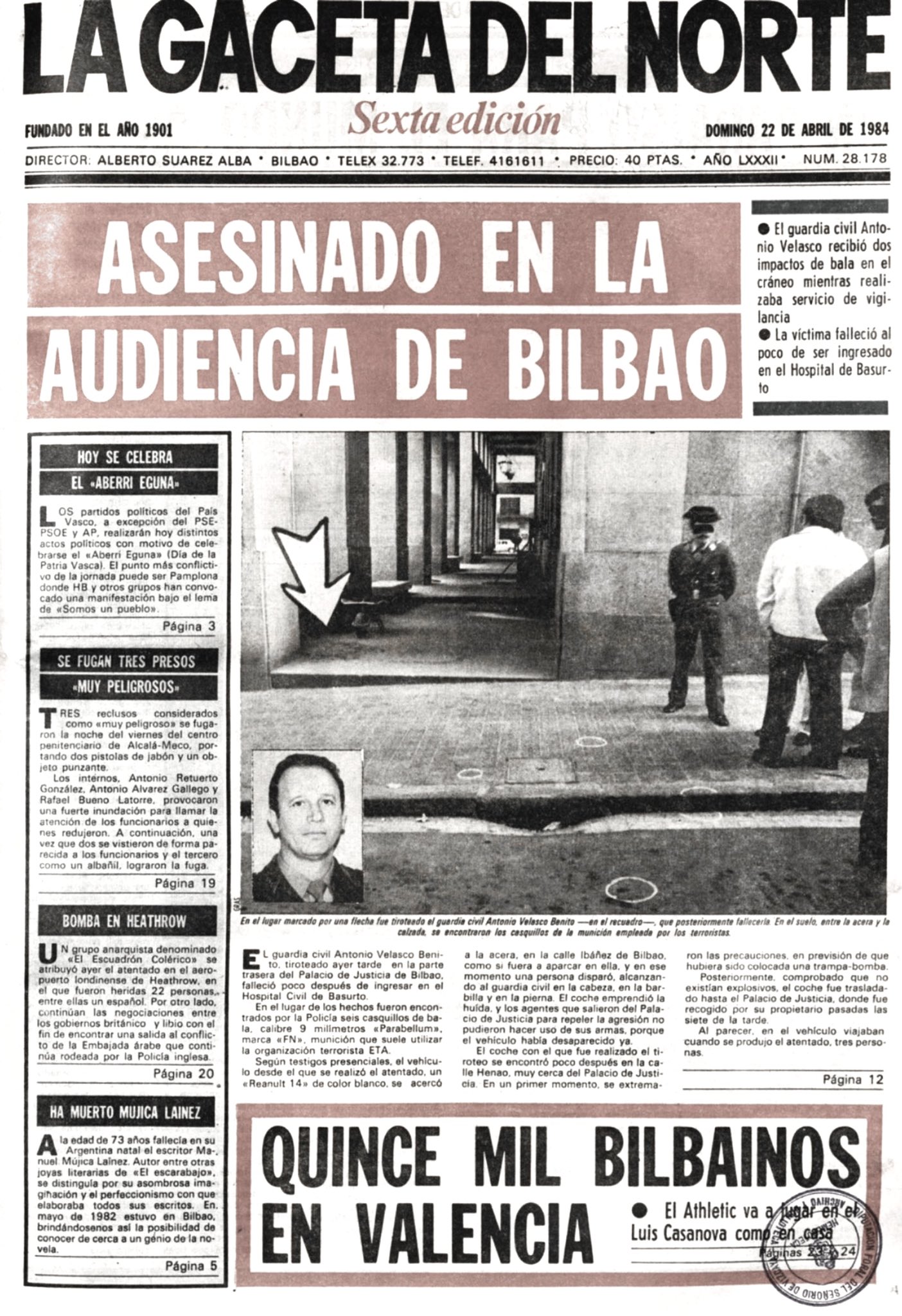