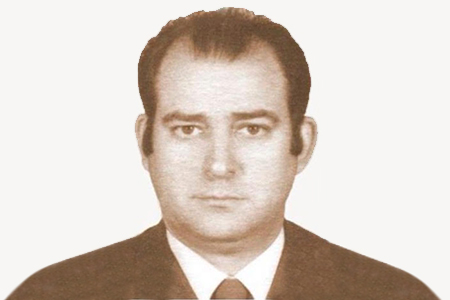 On 19 July 1984, at around 2:30 pm, two ETA members killed Civil Guard sergeant Antonio Torrón Santamaría with a shot to the back of the head in the doorway of his home.
Antonio was on his way home, dressed in civilian clothes. He usually took precautions, changing his movements and route regularly. However, on 19 July he failed to notice two terrorists approaching him from behind. Although some of his neighbours tried to stem the flow of blood by tying the wound, he died at the scene.