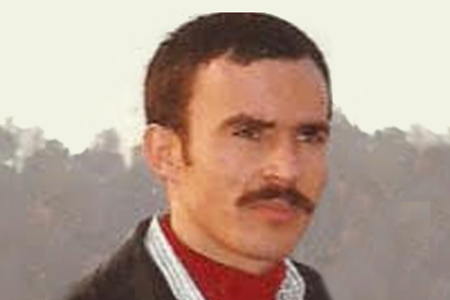 Antonio Ramos Ramírez left a bar in the San Andrés district of Mondragón and headed for his vehicle. A few moments later, several members of the terrorist organisation approached and machine-gunned the car, severely injuring the corporal. He was pronounced dead on arrival at the Mondragon health centre. Given that he was not wearing his regulation uniform at the time of the attack, ETA must previously have been following his movements.

It was not the first time that ETA had tried to kill Antonio Ramos; in 1983 he survived a bomb that killed civil guard José Reyes Corchado.

On the day following the attack on Antonio Ramos, a convoy of three Civil Guard vehicles was attacked in Hernani, with no fatalities. ETA had launched its summer terror campaign, sending a statement to over one hundred diplomatic delegations and 89 foreign media outlets warning of the dangers of holidaying in Spain. The campaign was also intended to bring pressure to bear prior to the general elections of 22 June that year. 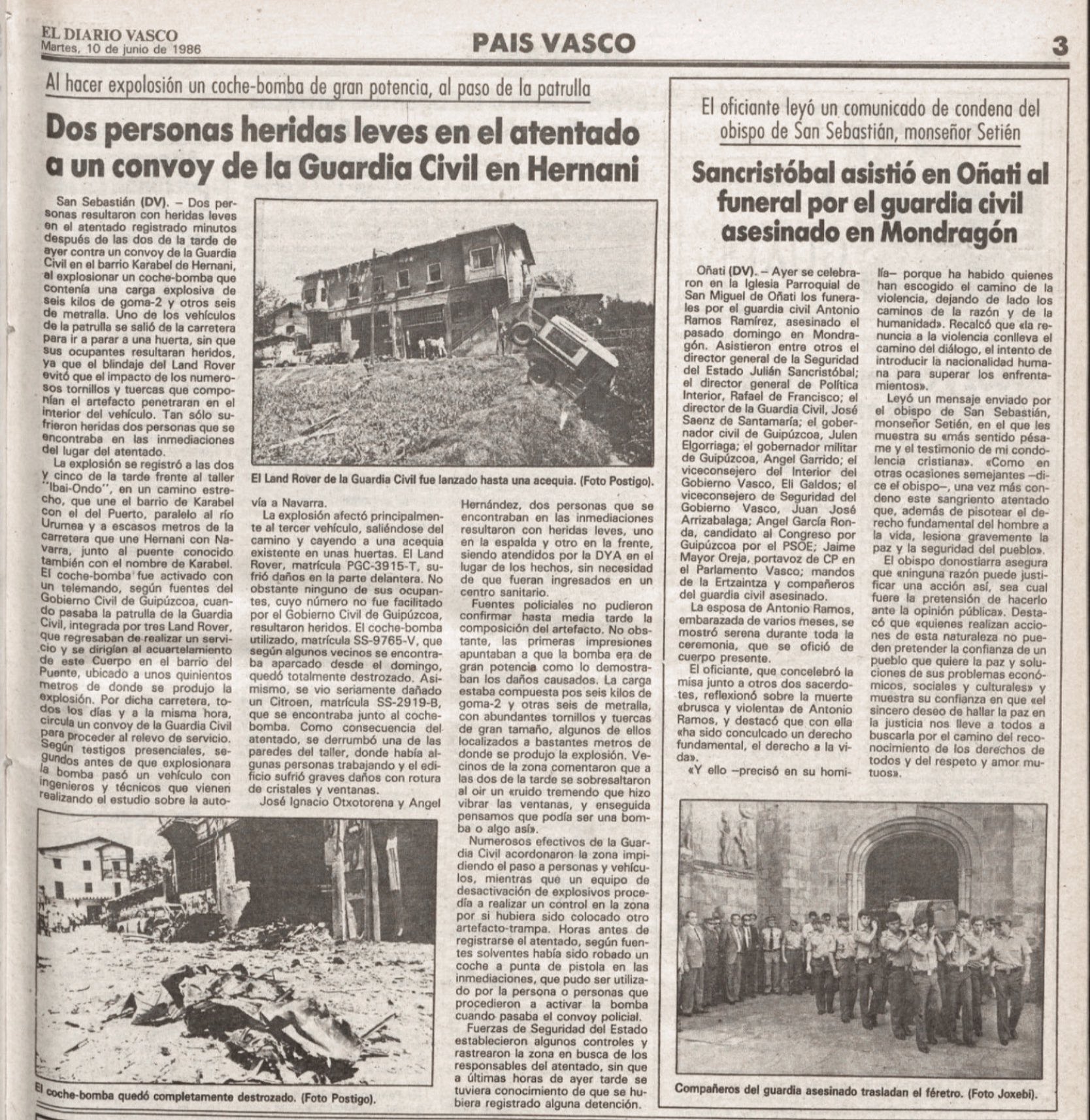 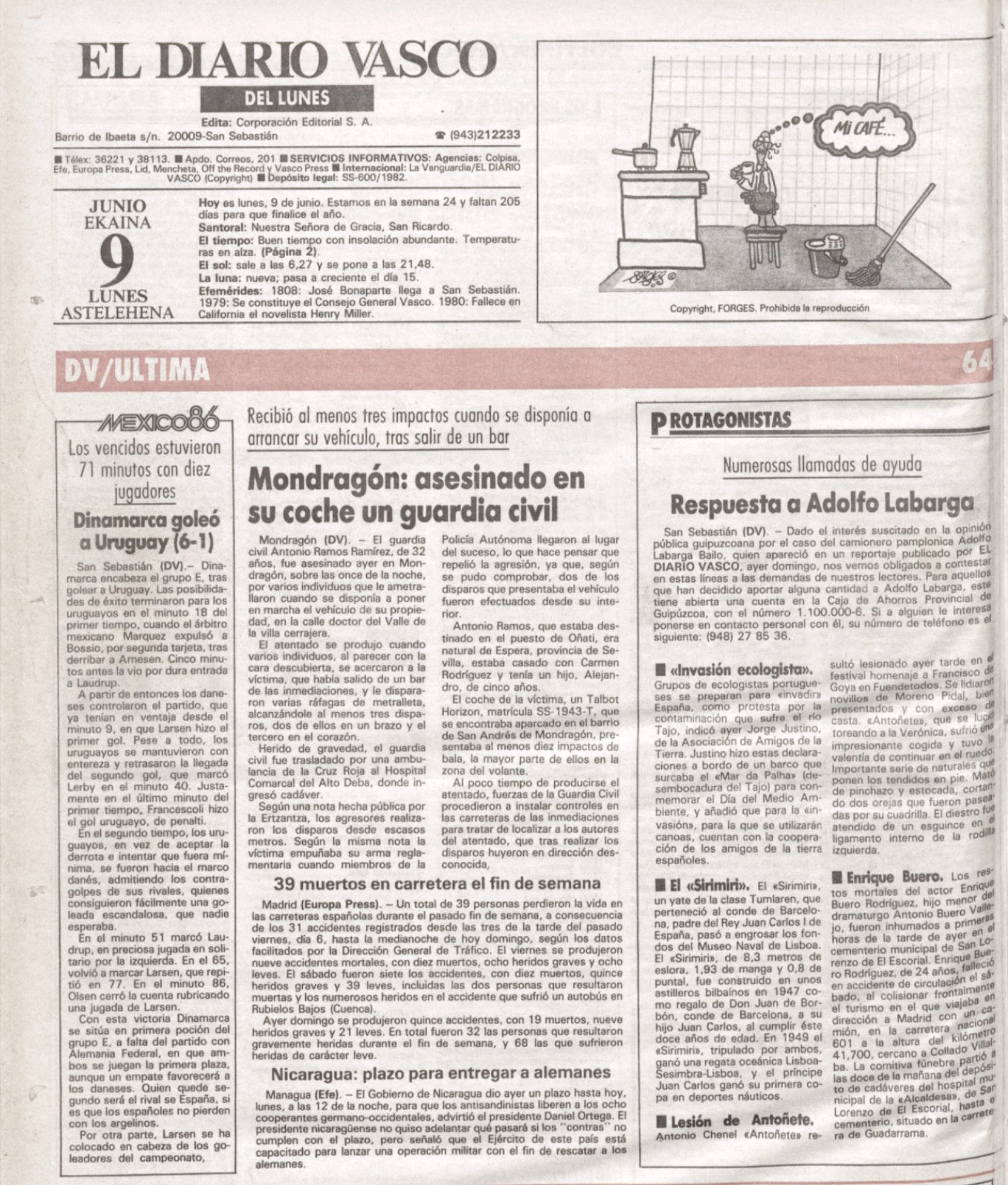 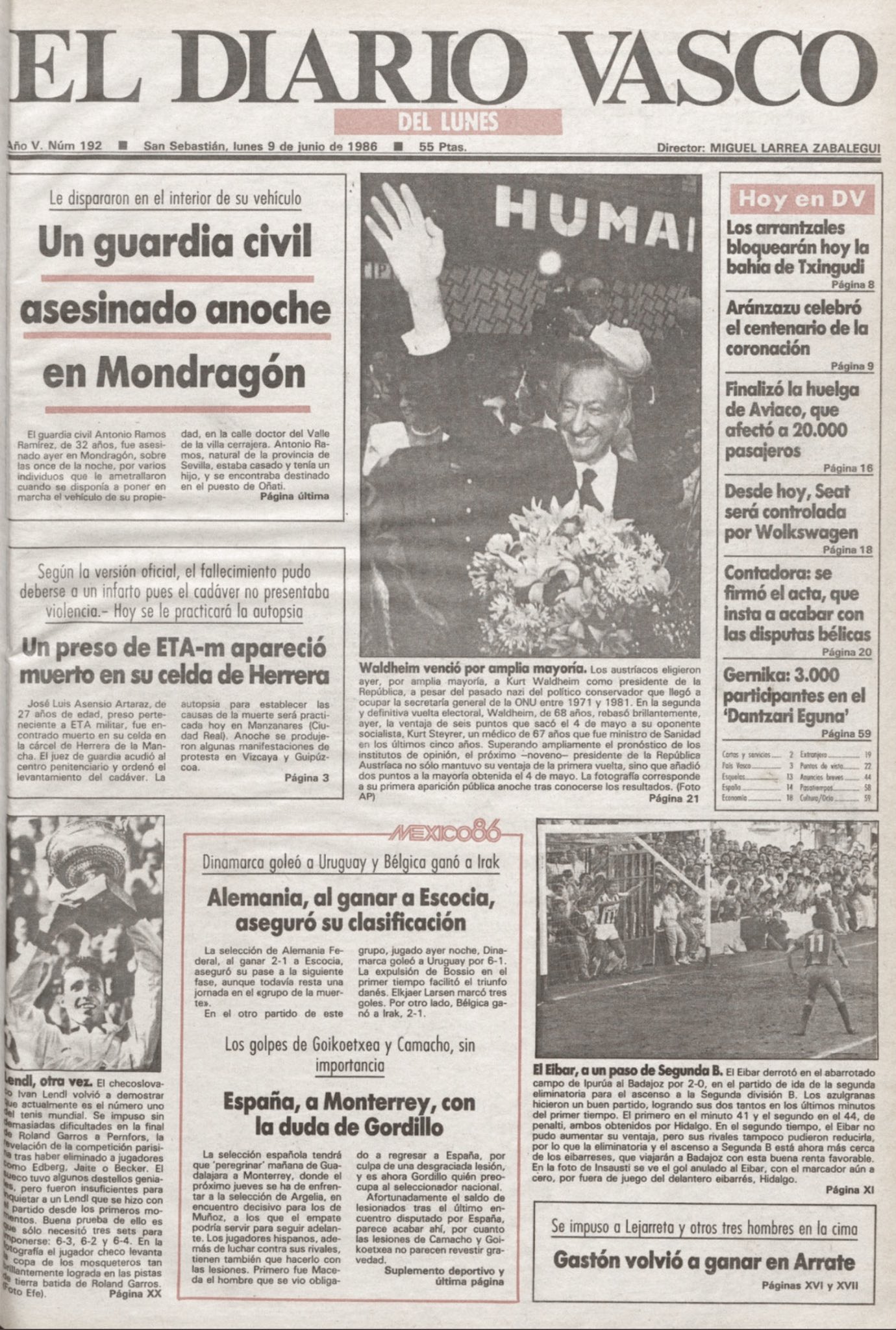 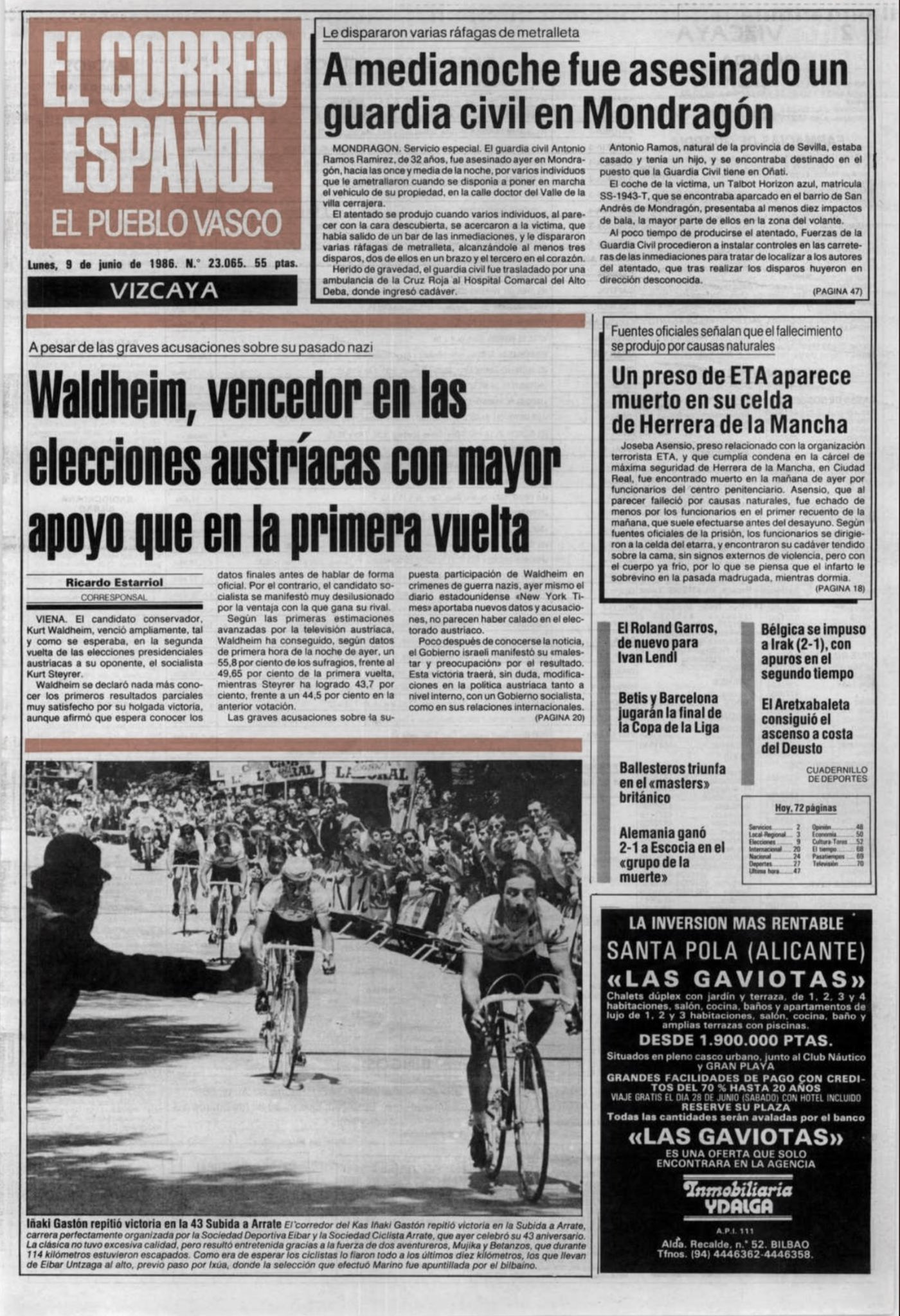