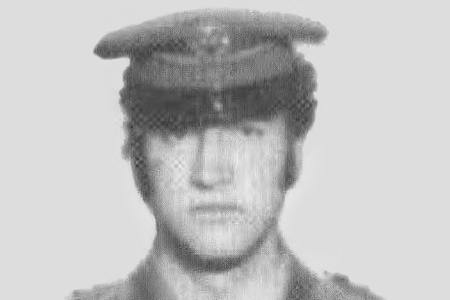 Antonio Ramírez Gallardo was posted to the barracks in Ordizia where he met Hortensia González, aged 20. She was also from Cadiz (the town of San Roque) and had gone to Ordizia to visit her sister and brother-in-law, who were living in the barracks. During Christmas 1979, Hortensia travelled to Ordizia to spend a few days holiday with her sister and to visit Antonio Ramirez, whom she planned to marry.

On 6 January, they went to a party in Beasain. As they were driving back, they halted at a stop sign. ETA terrorists then took up position on either side of the vehicle and opened fire on them. The couple were killed instantly: Antonio was shot eight times and Hortensia ten. Antonio fell forward onto the car horn, which continued to blare out for nearly half an hour. During this time, none of the many people leaving the night club came to their aid. Finally, three young men arrived and took Antonio and Hortensia to the San Miguel clinic, but they were pronounced dead on arrival.

Hortensia was the first woman to be killed by ETA because of her association with a member of the security forces. ETA warned that the attack should serve as a “warning to all enemies of the Basque Country and their relatives.”