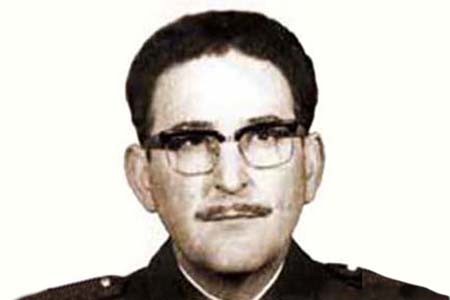 It was 2.30 pm when Adolfina Fernández heard the explosion. She immediately looked out the window of their home, a third-floor apartment in the Virgin del Rosario Complex, and saw her husband lying on the ground. Antonio Pose Rodríguez, a Civil Guard Lieutenant, had been on his way home after completing his day’s work in the Traffic Division. After he had parked and got out of his car, several young individuals approached him and opened fire on him with a shotgun in front of a twelve-year-old boy. The officer was left lying bleeding on the ground, while his assailants got away through an underpass, tossing propaganda leaflets from the FRAP (Revolutionary Anti-Fascist Patriotic Front) behind them as they went. Antonio Pose was taken to the Gómez Ulla Military Hospital, where he was pronounced dead.