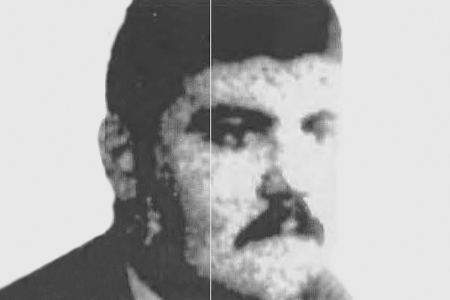 National policeman Antonio Palomo Pérez was part of the escort guarding Juan María de Araluce Villar, president of the provincial government of Guipúzcoa, who was attacked on 3 October 1976. Araluce was being driven back to his home on Avenida de la Libertad in San Sebastián for lunch, accompanied by his driver, José María Elícegui, and three policemen from his security detail, Antonio Palomo, Alfredo García and Luis Francisco Sanz.

When Araluce got out of the car at his home, three individuals who were waiting under a bus shelter opened fire with submachine guns, firing around a hundred rounds at Araluce and the two cars. The president of the Provincial Government was left lying fatally injured on the pavement. He had been hit seven times — once in the leg and six times in the chest and abdomen. His driver, José María Elícegui Díaz, was shot twice in the head. The police officer driving the escort car, Alfredo García González, was killed instantly, while Deputy Inspector Antonio Palomo Pérez and police officer Luis Francisco Sanz Flores were seriously wounded and died shortly afterwards.

Some hours later, ETA claimed responsibility for the attack on the president of the Provincial Government and the other four men, to whom it referred disparagingly as “guard dogs.” 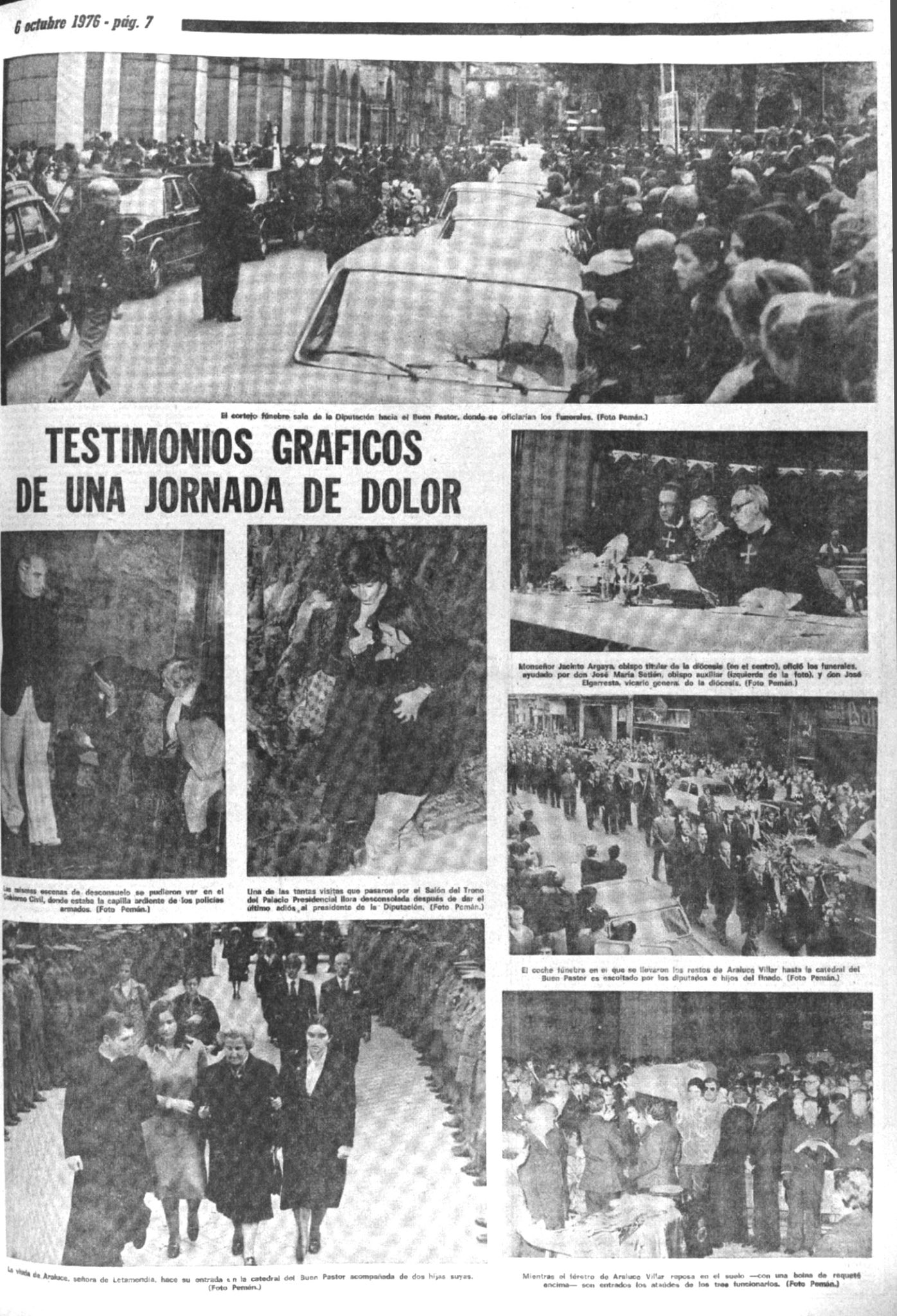 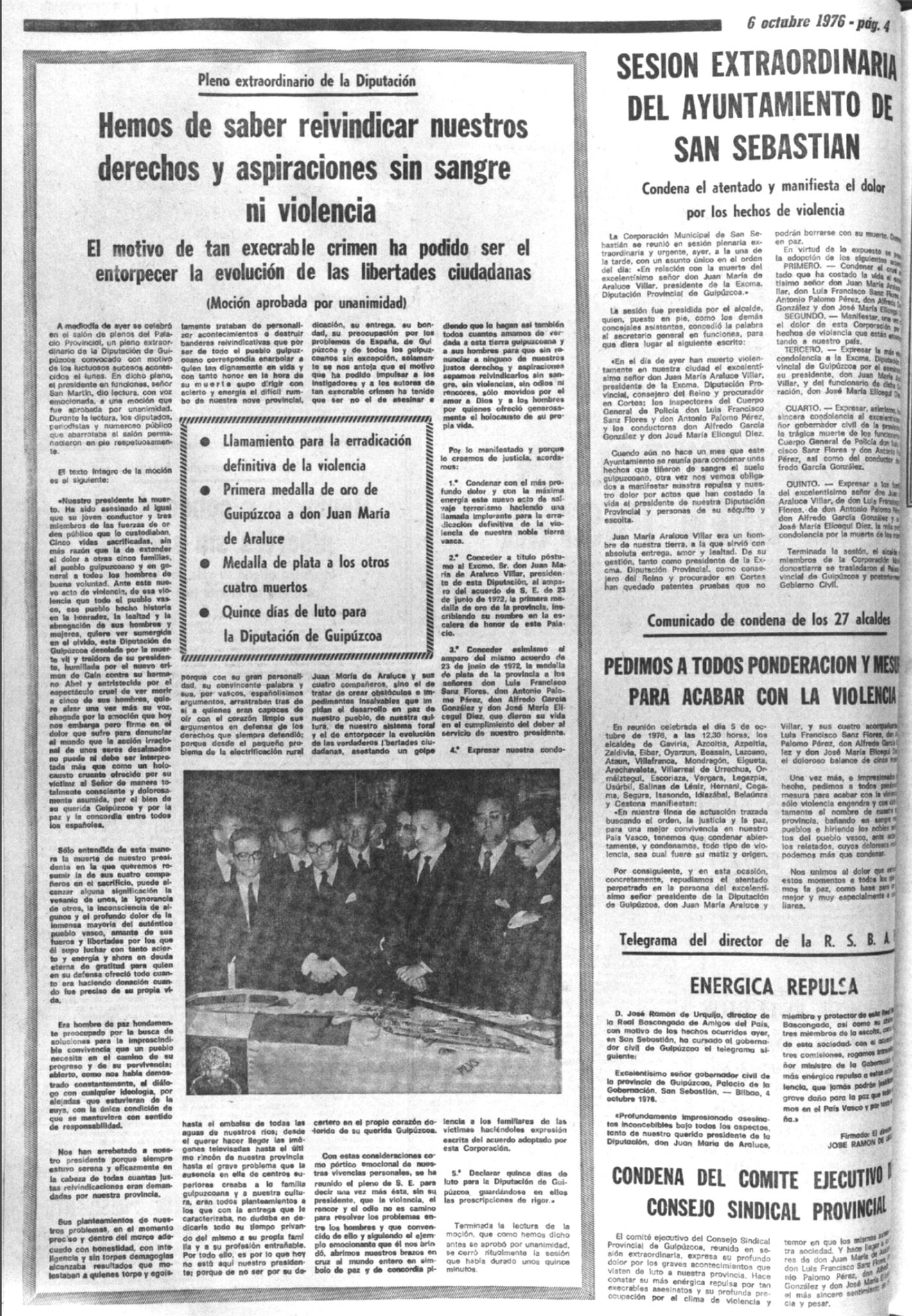 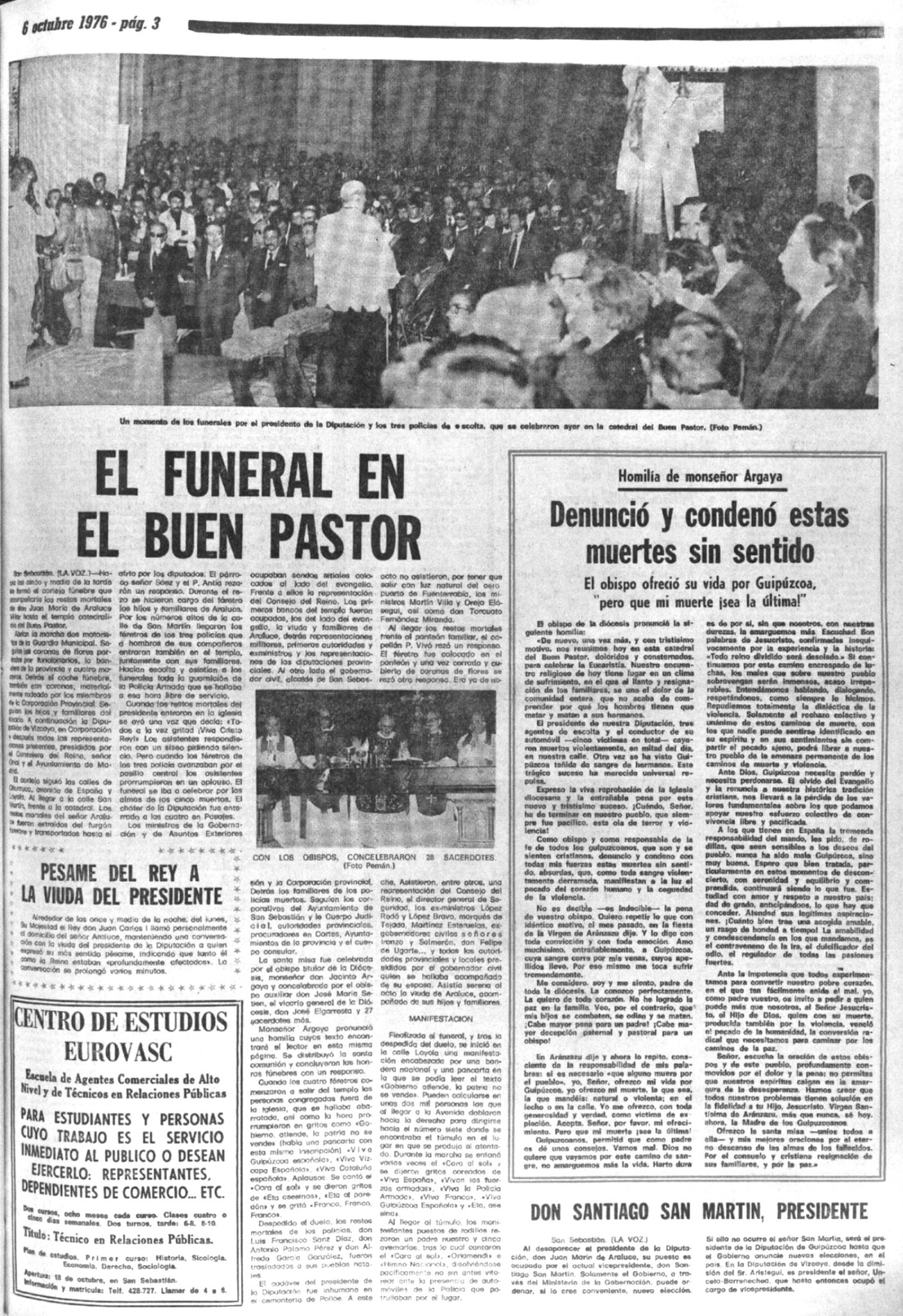 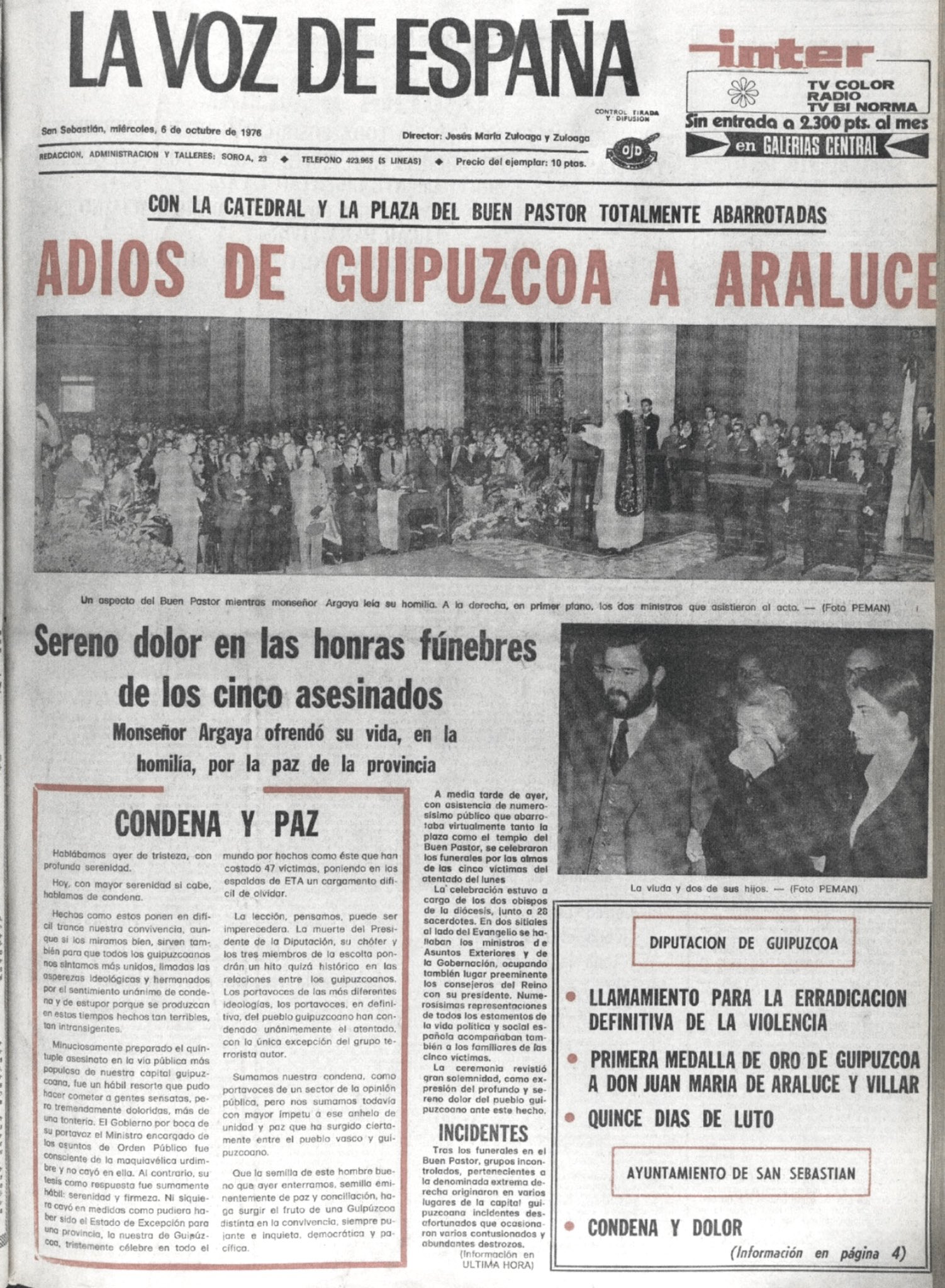