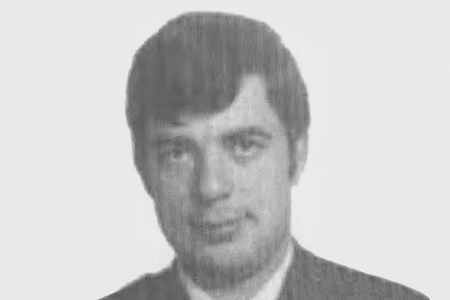 On 2 May 1982, Antonio Pablo Fernández Rico was on guard duty at the Civil Guard barracks in Ondárroa. At around 9:45 am, a terrorist approached walking along the pavement. On nearing Fernández Rico, he pulled out his pistol and shot him in the shoulder, right arm and abdominal area. The ETA member then ran to a car in which he escaped. He died an hour later as doctors were preparing to operate on him at Cruces Hospital in Barakaldo.

It took his widow, María Ángeles Carretero, 19 years to receive compensation for the attack and she had to struggle to raise her two children. One of their sons, Pablo, joined the Civil Guard and in 2006 he got married wearing his father’s tricorn hat.

The only person convicted of the crime, José Ramón Larrinaga, was found guilty of hiding the pistol used in the attack.