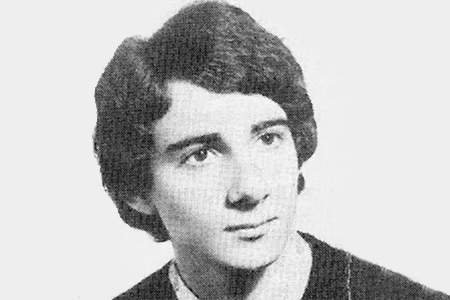 Antonio Murillo Chacón had spent the night in the company of his friends, celebrating the local fiestas in the town of Hernani. At around half past four in the morning, he parted ways with a friend a short distance from his home and continued on alone.

As he was about to enter his home in the La Florida district, he was taken unawares by a terrorist who shot him in the head and then fired several more shots at him as he was lying on the ground. In a statement, the terrorists accused him of being involved in drug trafficking. 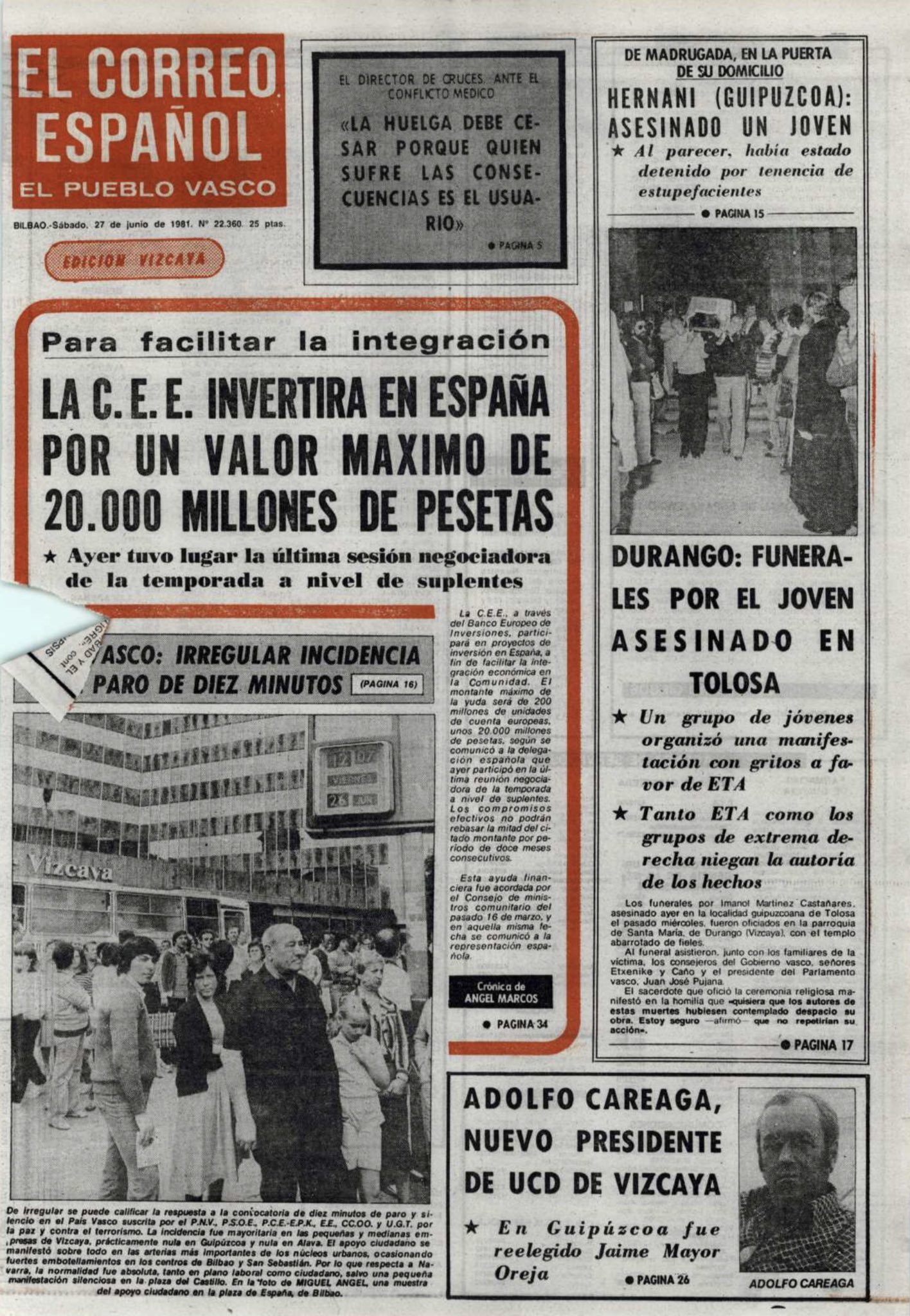 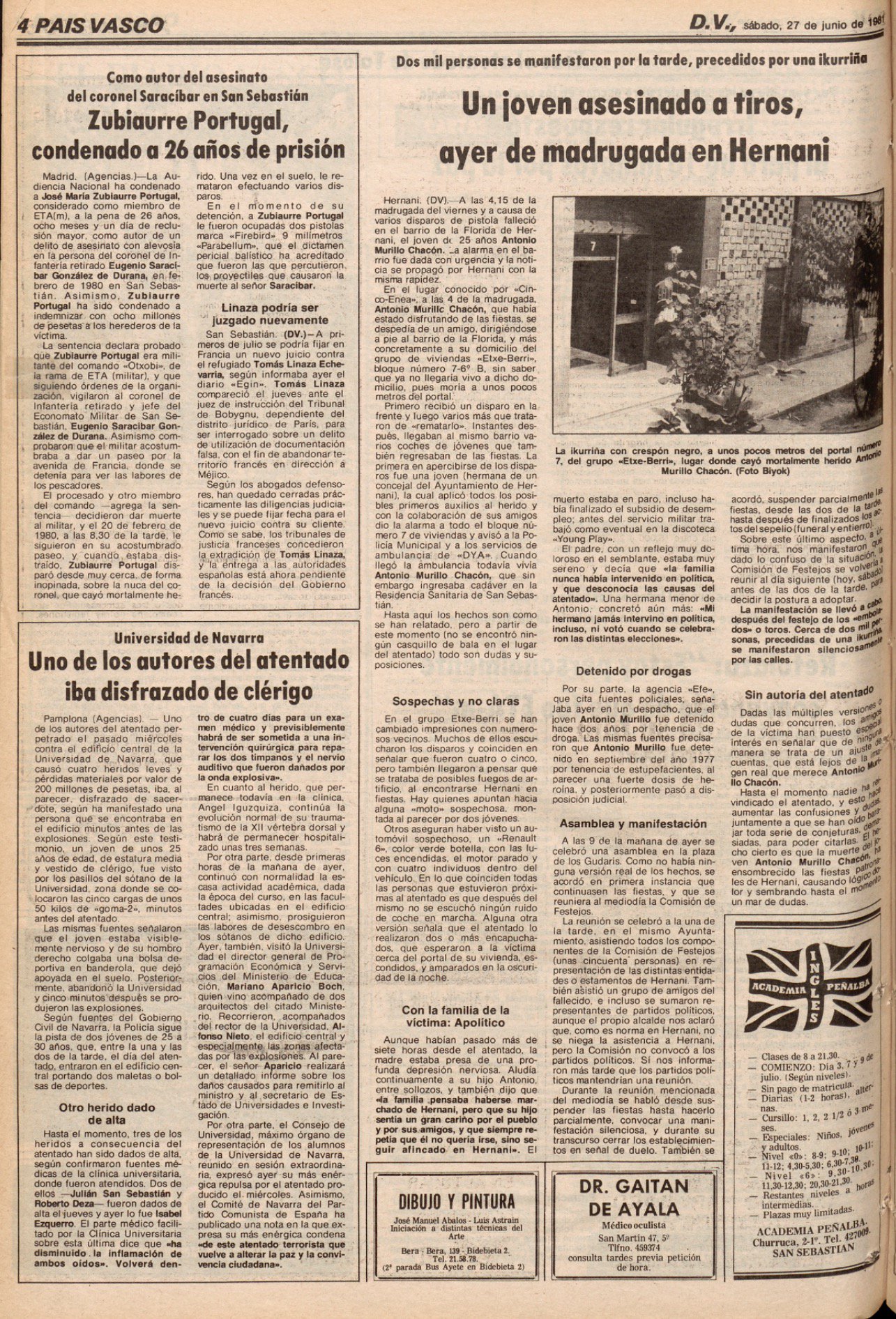 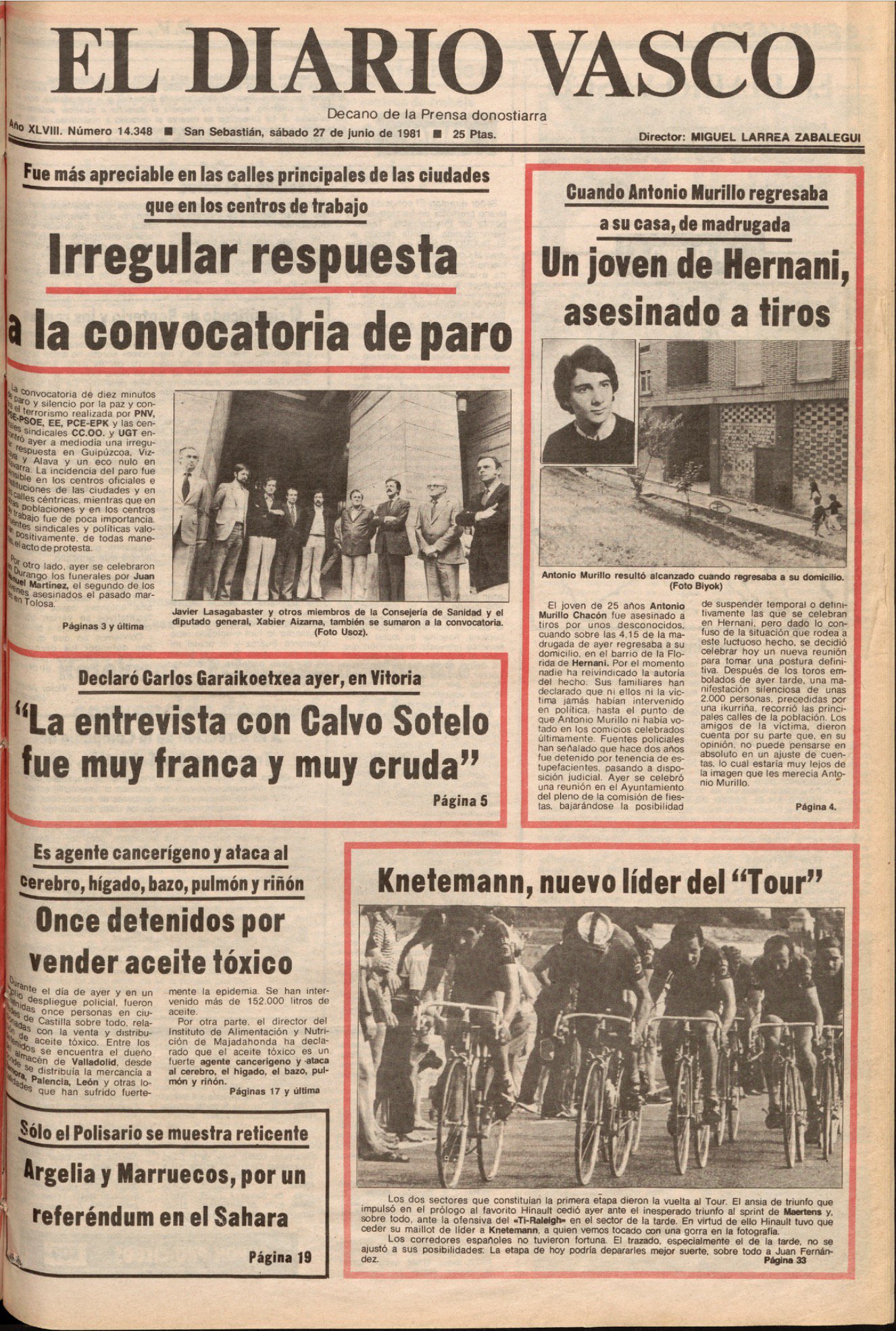