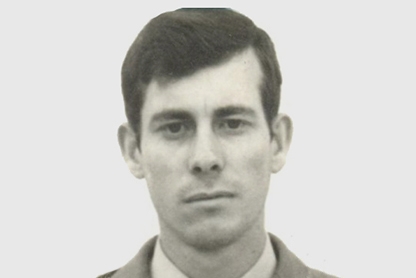 Antonio Moreno was heading back to his home in Bilbao after finishing his day’s work at the police station in Santurce. He drove along Calle Cervantes, stopping at Plaza de Vázquez de Mella. There, three hooded individuals travelling in another car sprayed his car with gunfire. He was hit five times, once in the head, killing him instantly. A nearby police patrol heard the shots but arrived too late, as the ETA members had already fled in a vehicle stolen shortly before in Portugalete. 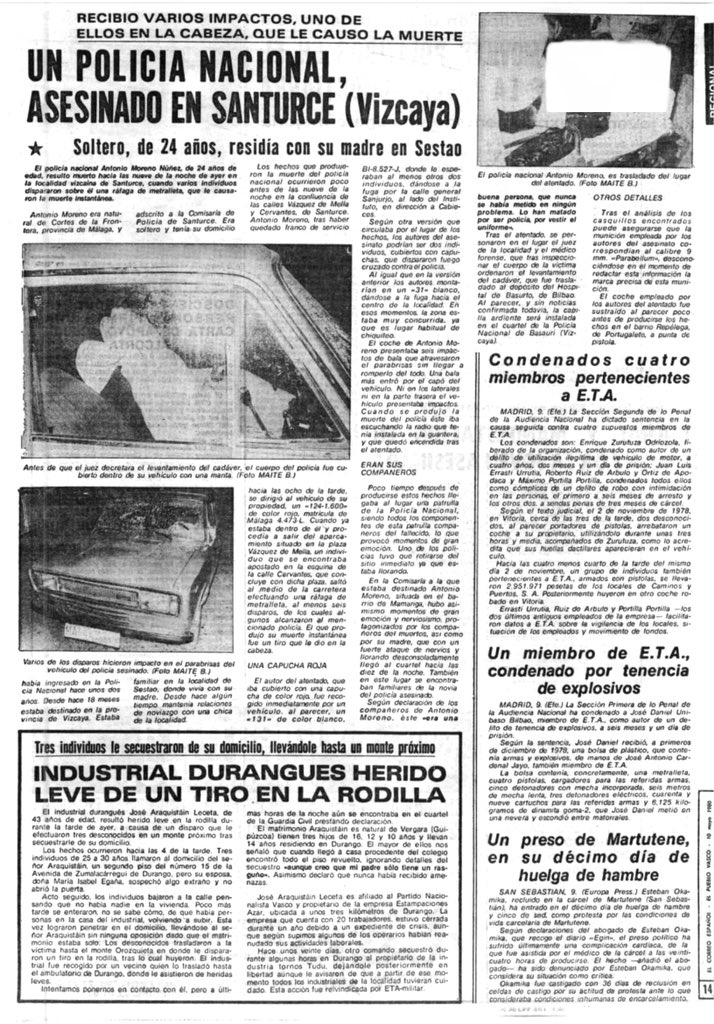 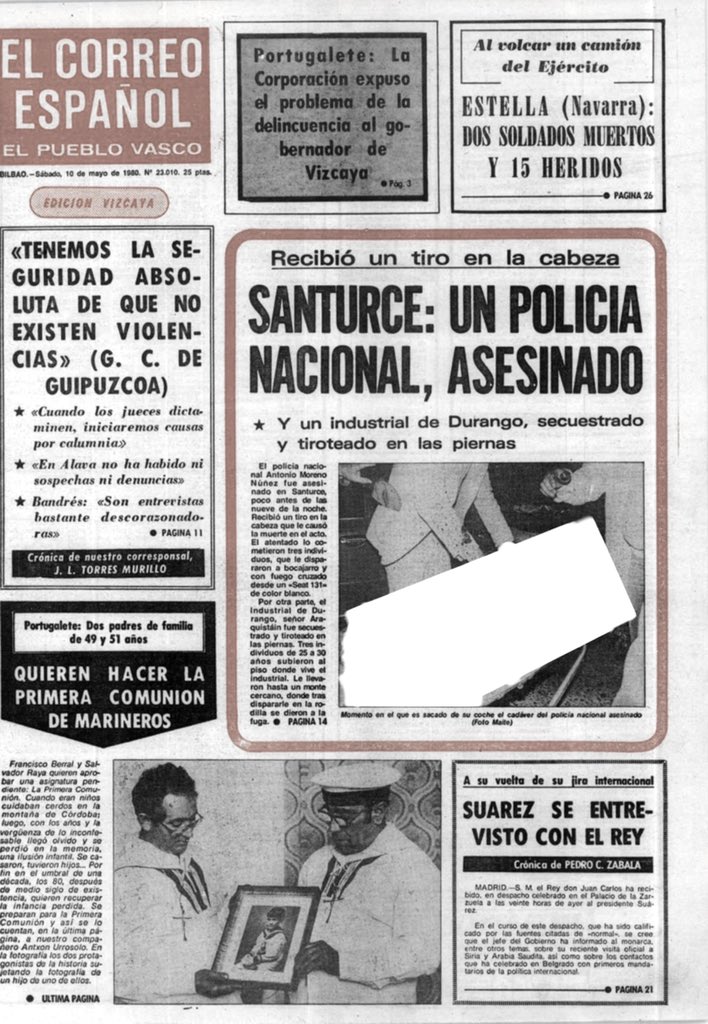 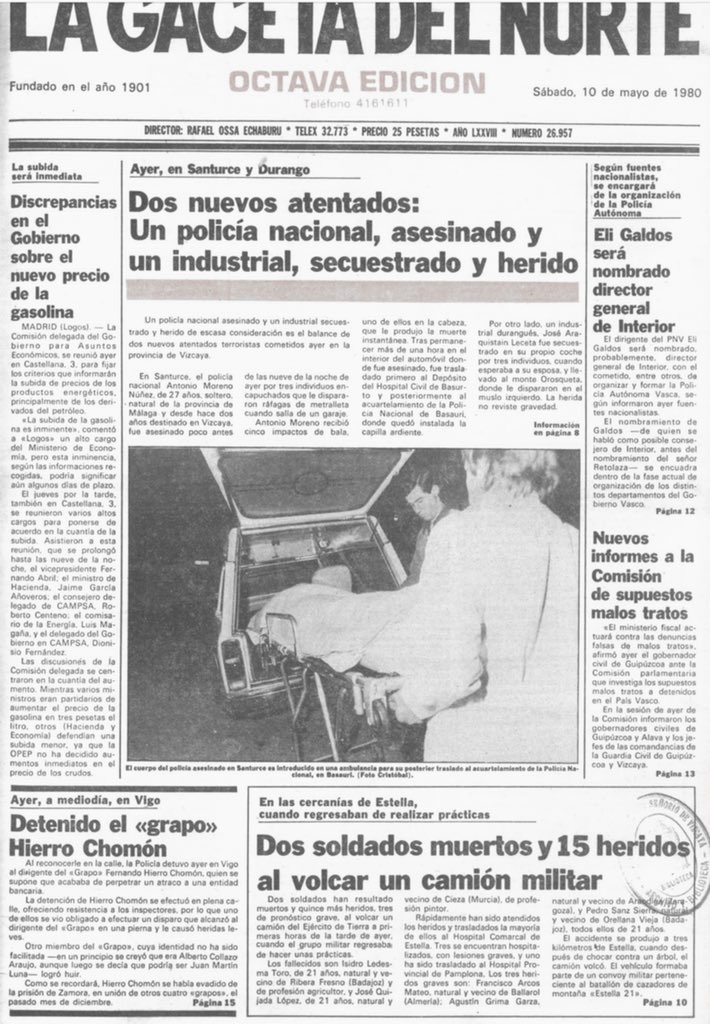 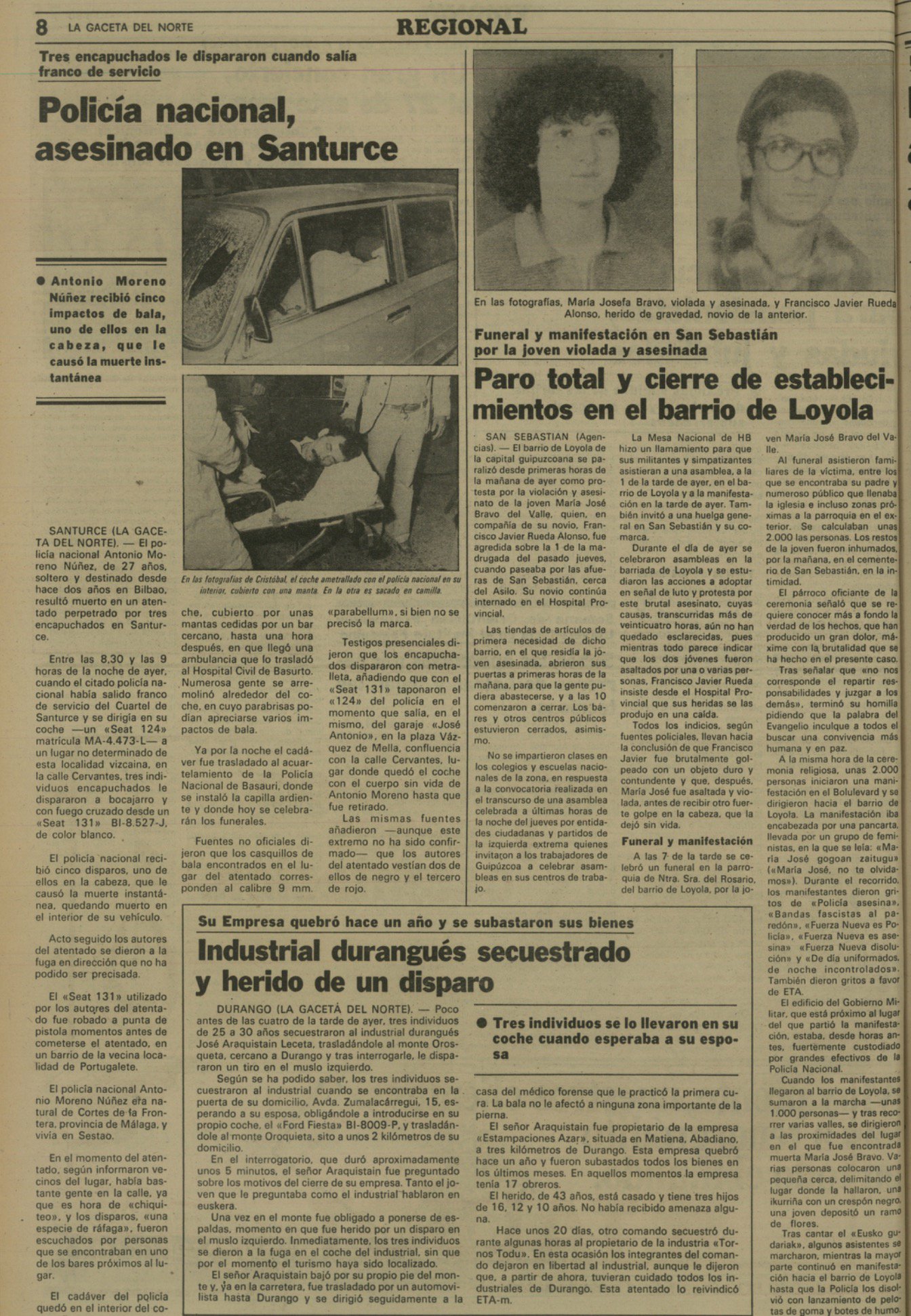 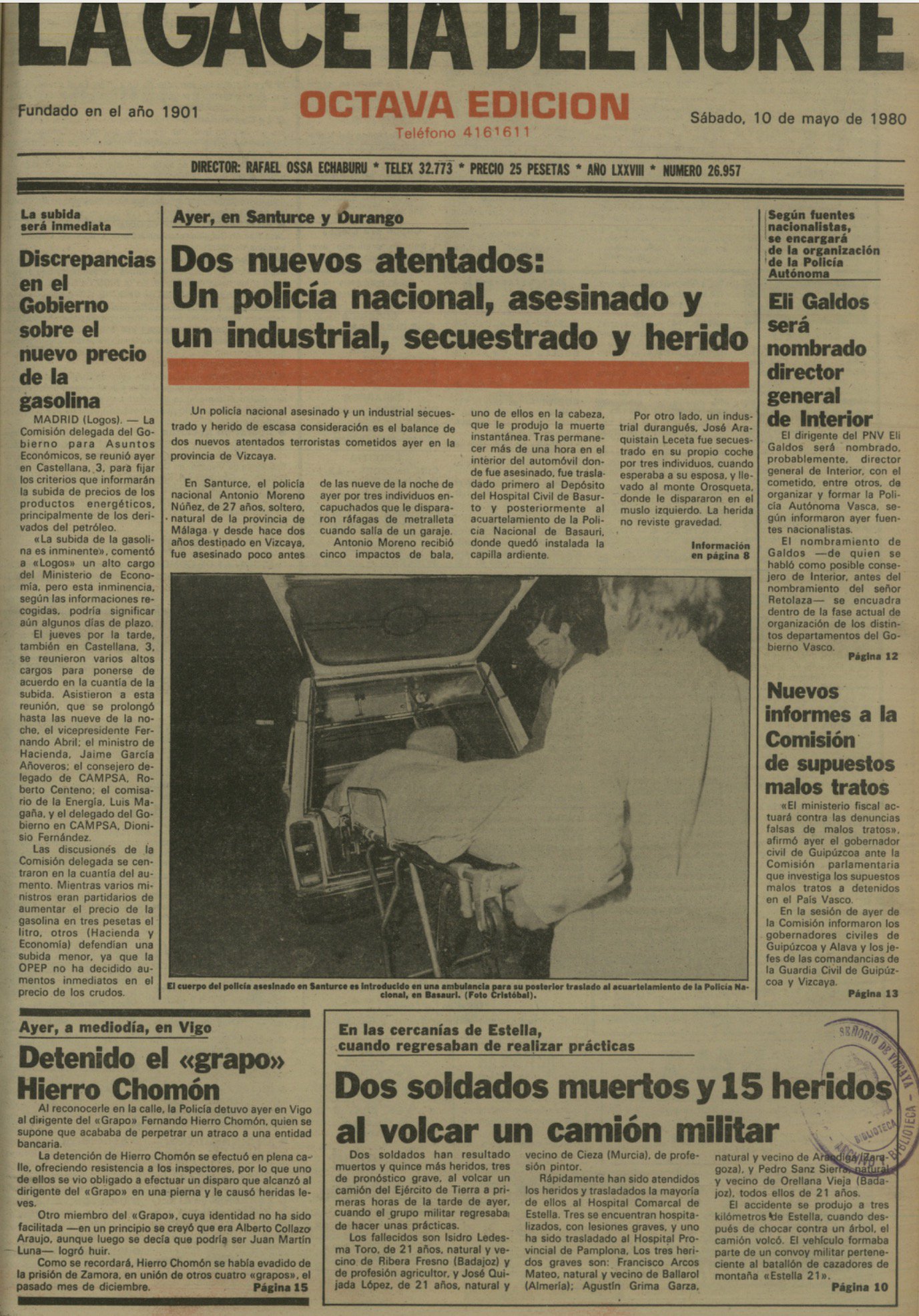