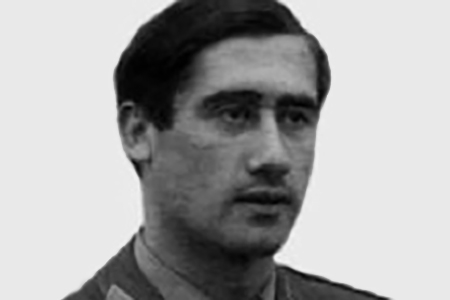 At 11.30 pm, Antonio was with several of his relatives in an area of Ordizia with a number of bars. He was approached by several members of ETA who shot him in the head, before shooting him again as he lay on the ground. The terrorists fled the scene of the crime in a van where a third terrorist was waiting for them. Antonio Mateo died shortly afterwards as he was being taken to the hospital in Zumárraga. 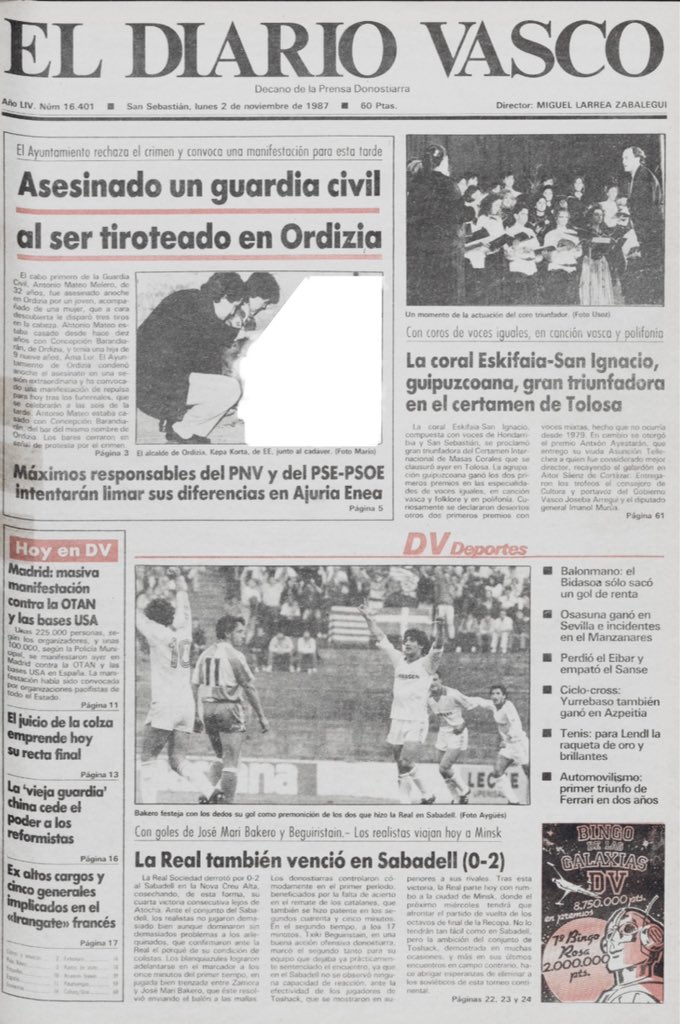 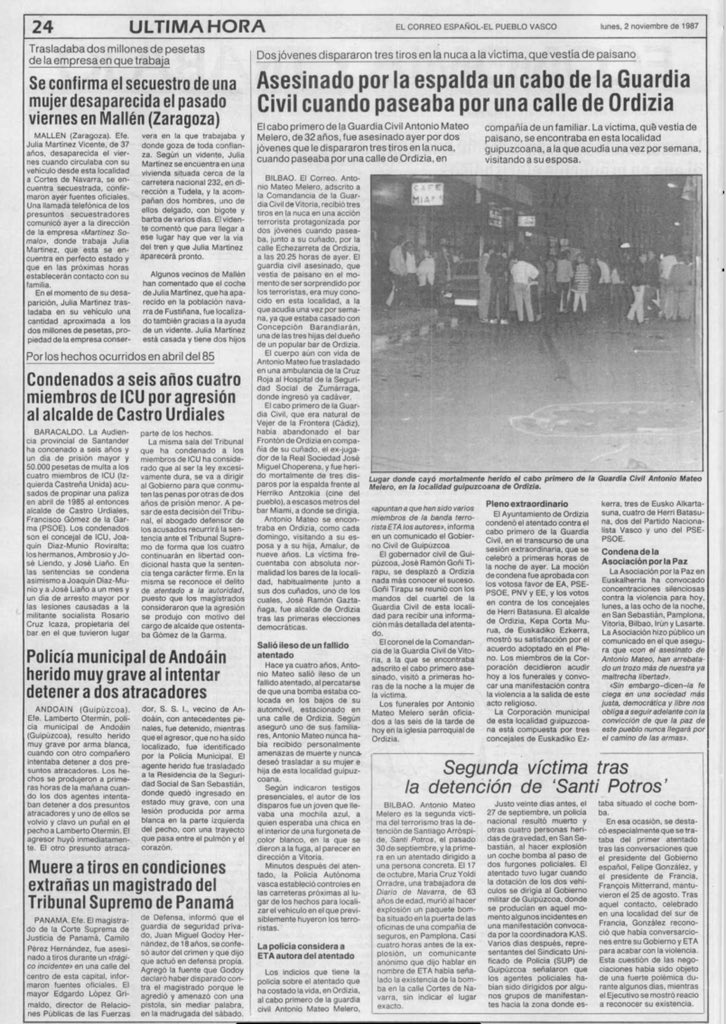 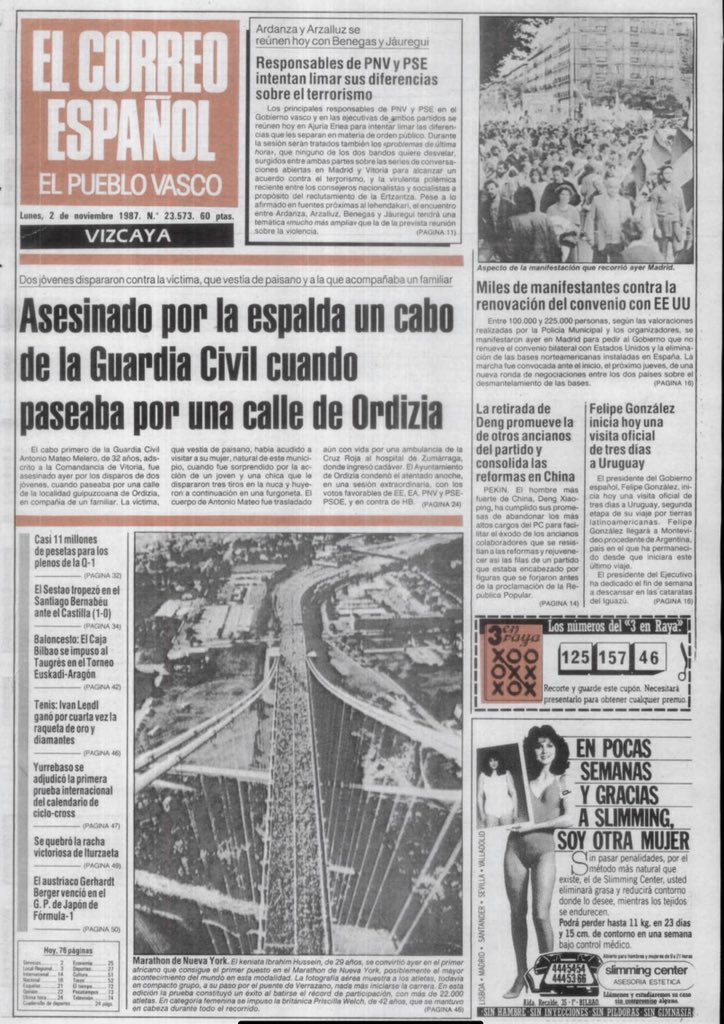