In the early morning of 8 October 1975, members of a GRAPO unit in a moving vehicle machine-gunned the barracks of the Armed Police in La Verneda. Two corporals of the Armed Police and three civilians were killed, amongst them Antonio Martínez Pérez and his parents, José Martínez Veles and Antonia Pérez Cervantes. 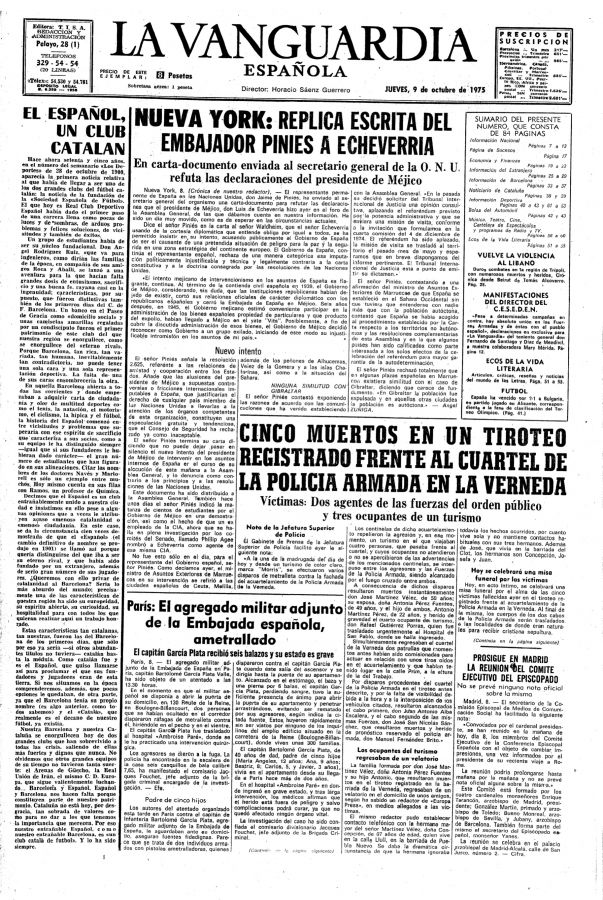 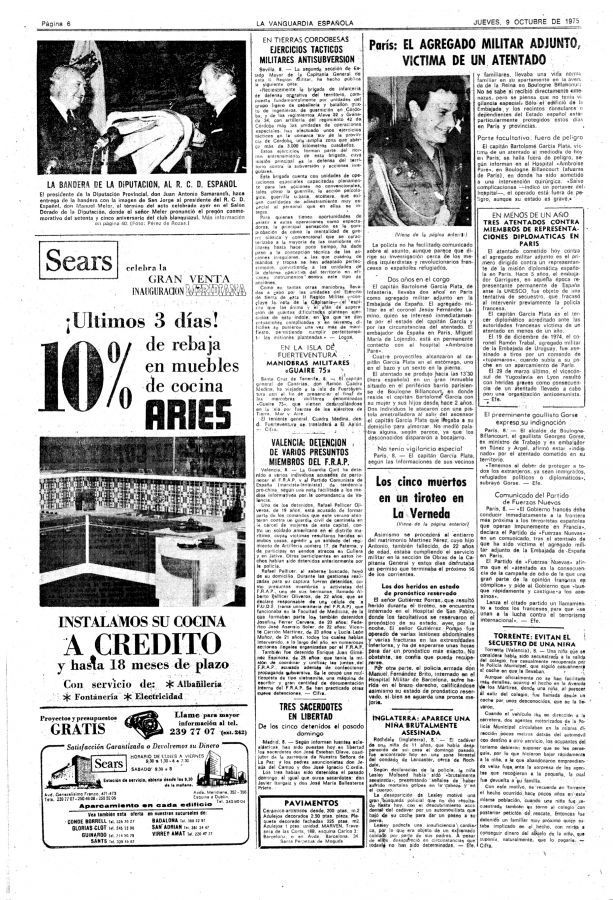