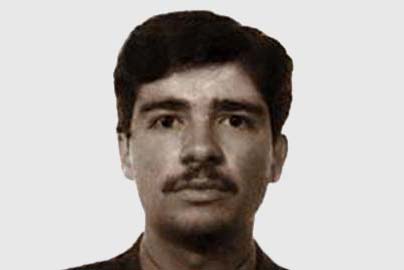 Antonio Lancharro Reyes was originally from Monesterio (Badajoz). “He joined the Civil Guard because he enjoyed it. He joined the auxiliary. From the outset, to be honest, I was opposed to him joining — Antonio’s father told the TV programme Informe Semanal. On Saturday when he came home I told him: ‘Why don’t you give it up, lad; we all know what’s happening. I just wish you’d fail your motorbike test’. And he answered: ‘Look, Dad, if I fail the motorbike test, I’ll still stay in the civil guard. I like what they’re doing. And death is a constant factor in the Civil Guard. If I die, I’ll die happy.”