Antonio Huegún Aguirre drove a taxi in San Sebastian. He left his home in Lasarte around 4:30 pm on 13 May 1982 to go to work. At around 11:30 pm, he was with his 22-year-old daughter. Shortly afterwards, he called home to say he was going to take his last fare of the day to Eibar.

At around 7:00 am the next day, he was found by two farmers lying face down on the ground in some bushes on a country road in Arrate. He had been shot five times, with rounds commonly used by ETA militar. His fellow taxi drivers in Anoeta called a strike in protest at Huegún’s murder. 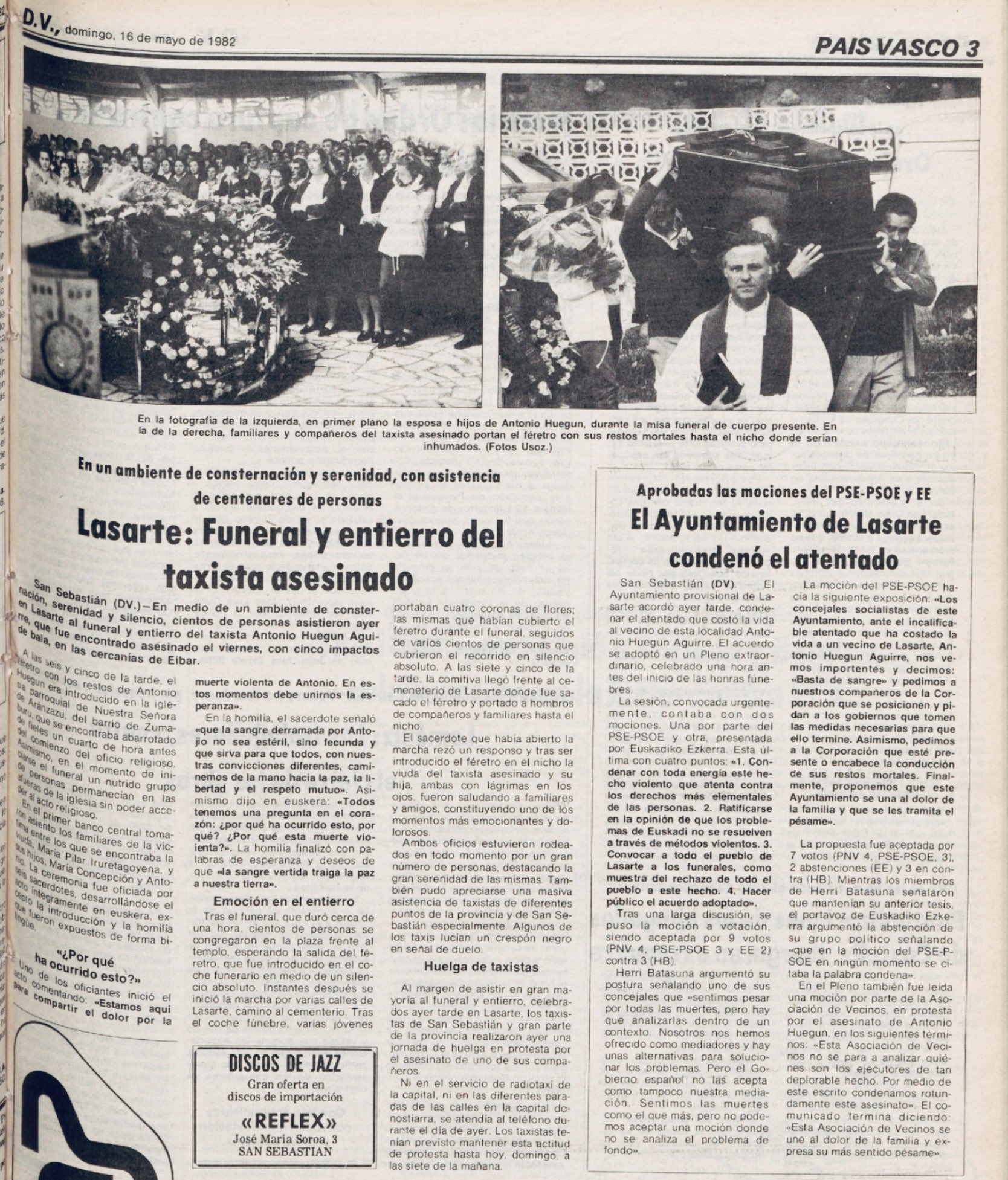 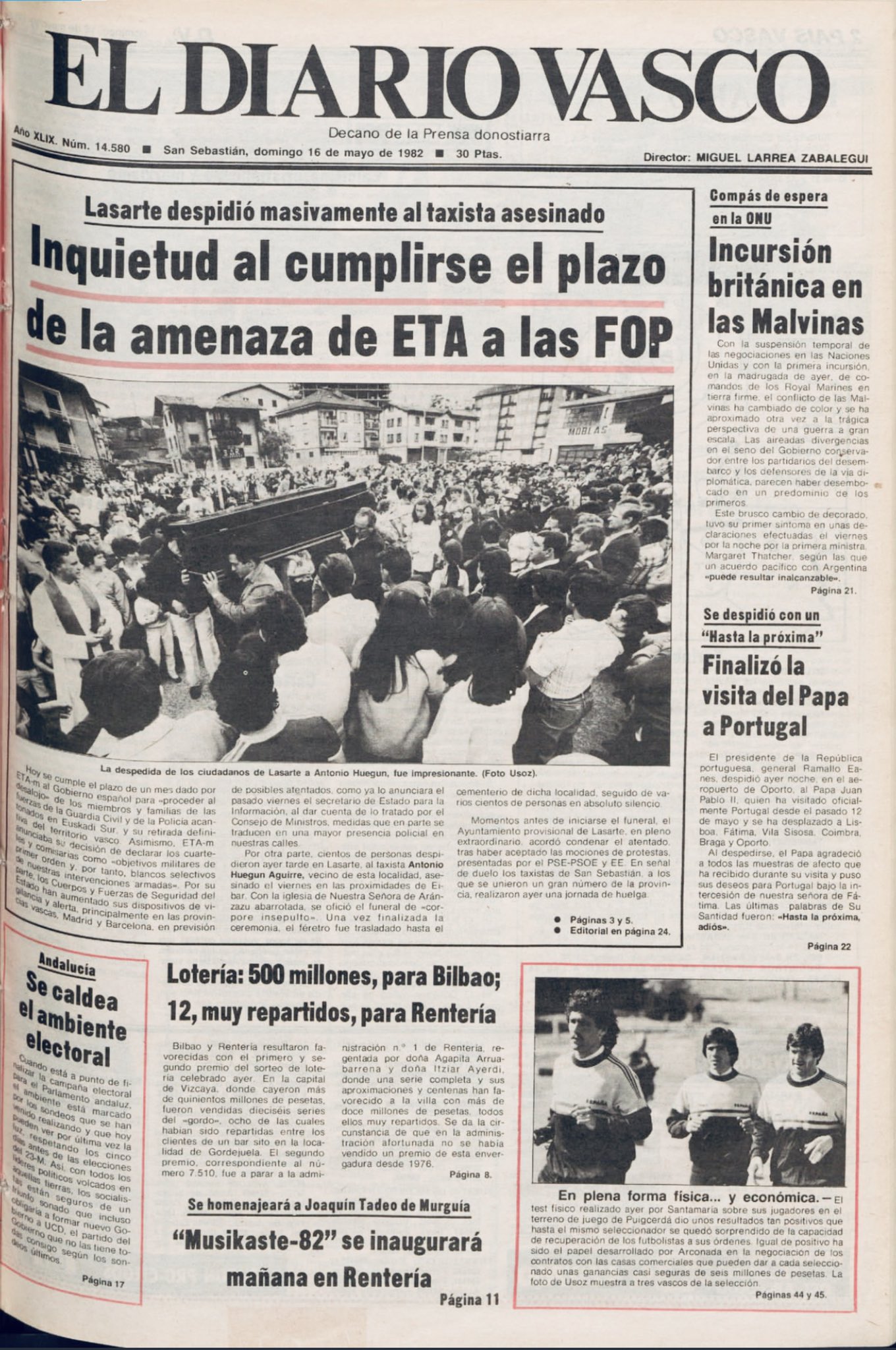 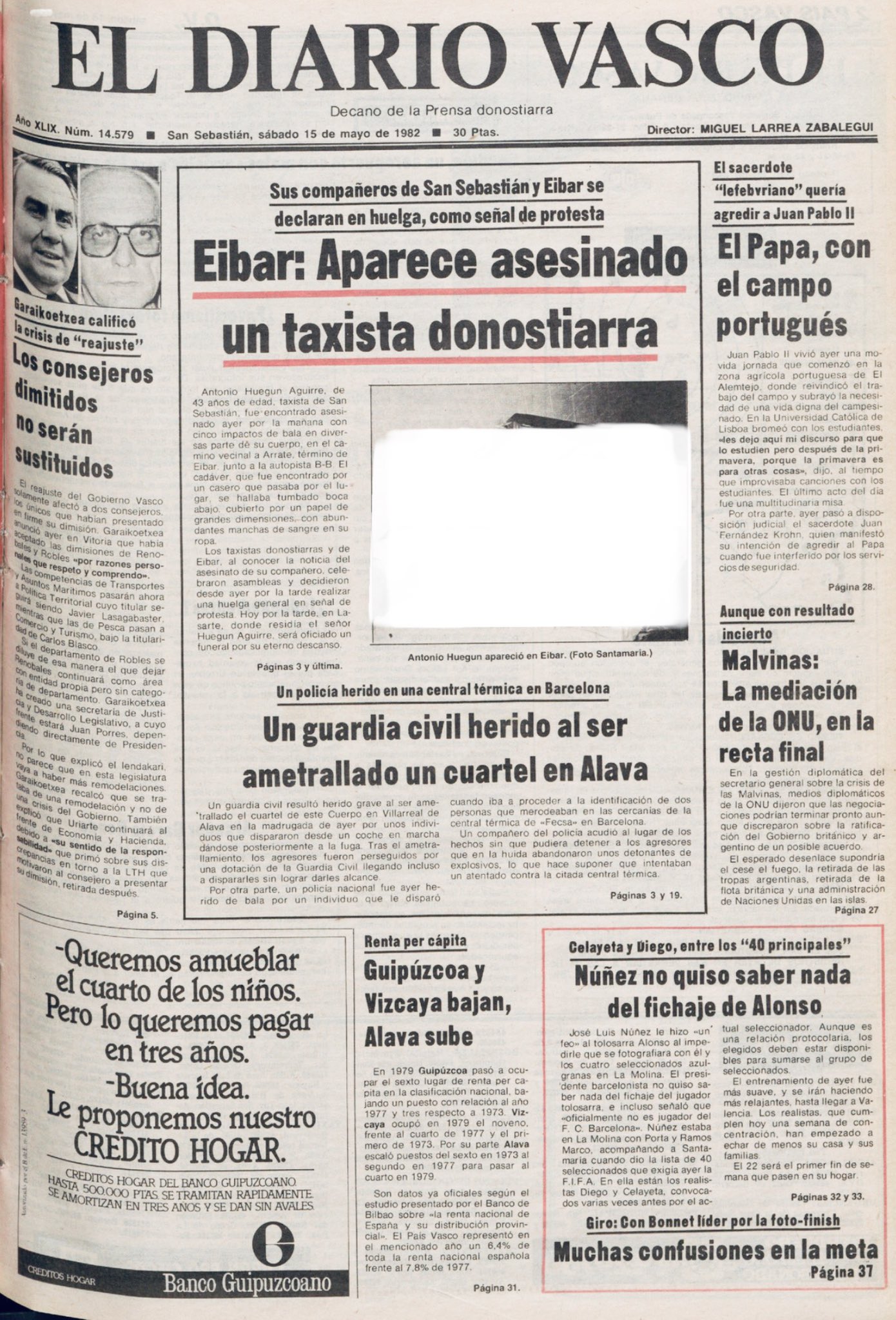 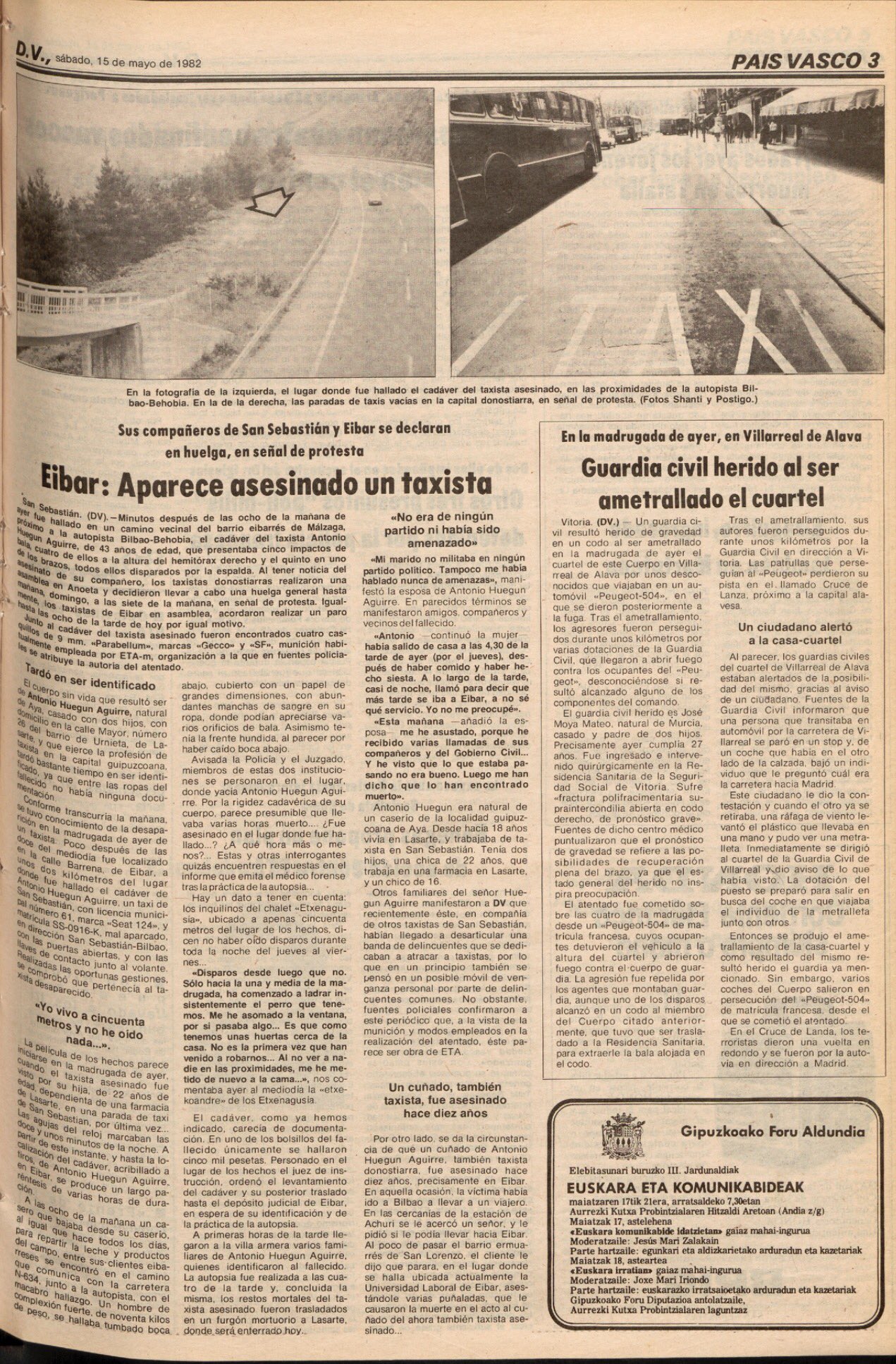