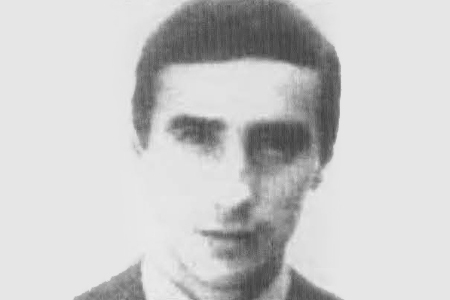 Following the attack in which Enrique Cuesta was killed, Antonio Gómez García was admitted to hospital in a coma, where he died on 31 March. Cuesta was the Telefónica delegate in Guipúzcoa and had been assigned a bodyguard because ETA had already attacked several other officials from the company.

The attack was perpetrated by two individuals who were waiting at the corner of the office of the Provincial Savings Bank, on Avenida Sancho el Sabio, in the Amara district of San Sebastian. Each day at three o’clock, Enrique Cuesta left the Telefónica office on Calle Sagrada Familia, just a short distance from the scene of the crime, and walked back to his home at No. 6, Avenida Sancho el Sabio. Eyewitnesses said that the two terrorists approached the Telefónica delegate and his bodyguard and opened fire on them without saying a word. They fired first at the bodyguard: a bullet struck police officer Antonio Gómez García in the right-hand side of the chest, puncturing his lung and exiting through the occipital bone at the back of the head, causing loss of brain matter. Another bullet, fired at point-blank range, hit Enrique Cuesta in the heart.

A year before his assassination, on 23 February 1981, his bodyguard Antonio Gómez had been working for the socialist politician Txiki Benegas at the time of the attempted coup d’état. Gómez was in Congress throughout the incident and tried to confront the coup plotters. He initially refused to surrender his gun, but it was eventually taken from him, and he was locked up with other police officers.