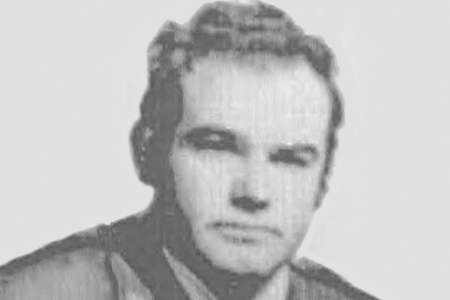 At ten o’clock on the night of Wednesday 21 June 1978 three ETA members shot and killed Antonio García Caballero, a municipal police officer in Tolosa, when he was on his way home. They fired more than fourteen shots, nine of which hit the victim, who was killed instantly. The terrorists fled in a car that had been stolen the day before.

The Gamboa unit of ETA claimed responsibility for the attack, stating that it had been carried out in revenge for the death of Txabi Etxebarrieta, responsible for ETA’s first killing, that of civil guard officer José Antonio Pardines Arcay. Antonio García had received a number of death threats.

Antonio was 26 years old and married with two children when he was killed by ETA. He had been working for the municipal police in Tolosa for ten years.