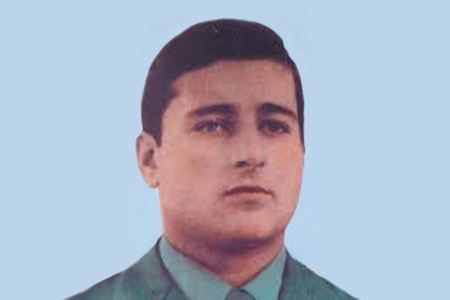 Antonio García Argente was having lunch with three colleagues (Alfonso Martínez Bellas, Mariano González Huergo and Miguel Hernández Espigares) at the Arrieta bar and restaurant. The front door was locked, but someone knocked on the back door. When the owner’s fifteen-year-old daughter opened the door, thinking it might be a late diner, three terrorists entered without saying a word and riddled the victim and his colleagues with machine-gun fire. All four died instantly.

Antonio Garcia’s mother learned of her son’s death when she went to call the Civil Guard headquarters, unaware that the attack had taken place. However, she dialled the wrong number and got through instead to the surgery of a doctor in the town, where the victims of the attack were being treated. It was then that she learned that her son had been killed.