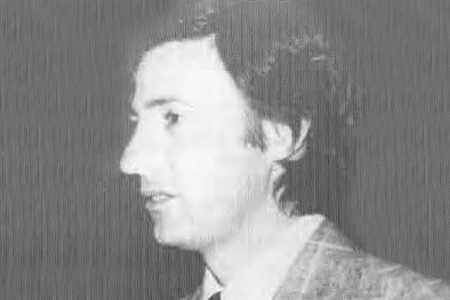 Antonio Echeverría Albisu was 33 years old and had been the mayor of Oyarzun since August 1974. He was the youngest mayor in the Basque Country. At lunchtime on 24 November 1975, a stranger called at the door of his home and told a member of his family that he had an urgent message for Antonio from the mayor of Hernani. When Antonio came to the door, he was shot in the chest. The terrorist got away in a vehicle that was waiting for him a few metres away. Antonio Echeverría Albisu was pronounced dead on arrival at the Polyclinic in San Sebastian.

He was the first person to be killed by ETA following the death of General Franco, four days earlier, and the last in 1975, during which the organisation killed sixteen people in all.

On the day after the assassination, ETA issued a statement threatening all mayors who did not resign from their posts within two months. It marked the beginning of a campaign of attacks against municipal and provincial officials that would continue for several years, resulting in numerous deaths.