Antonio de Vicente Comesaña was killed on 12 November 1983 when he was in a square in Bermeo, next to the post office and close to the headquarters of the Naval Auxiliary. Two individuals approached him at close range, shot him in the back and fled. Local people were unable to identify the attackers because it was Saturday, and the square was very crowded.

The victim was taken to Cruces hospital in Barakaldo with gunshot wounds to the head and chest but died shortly later while undergoing emergency surgery. 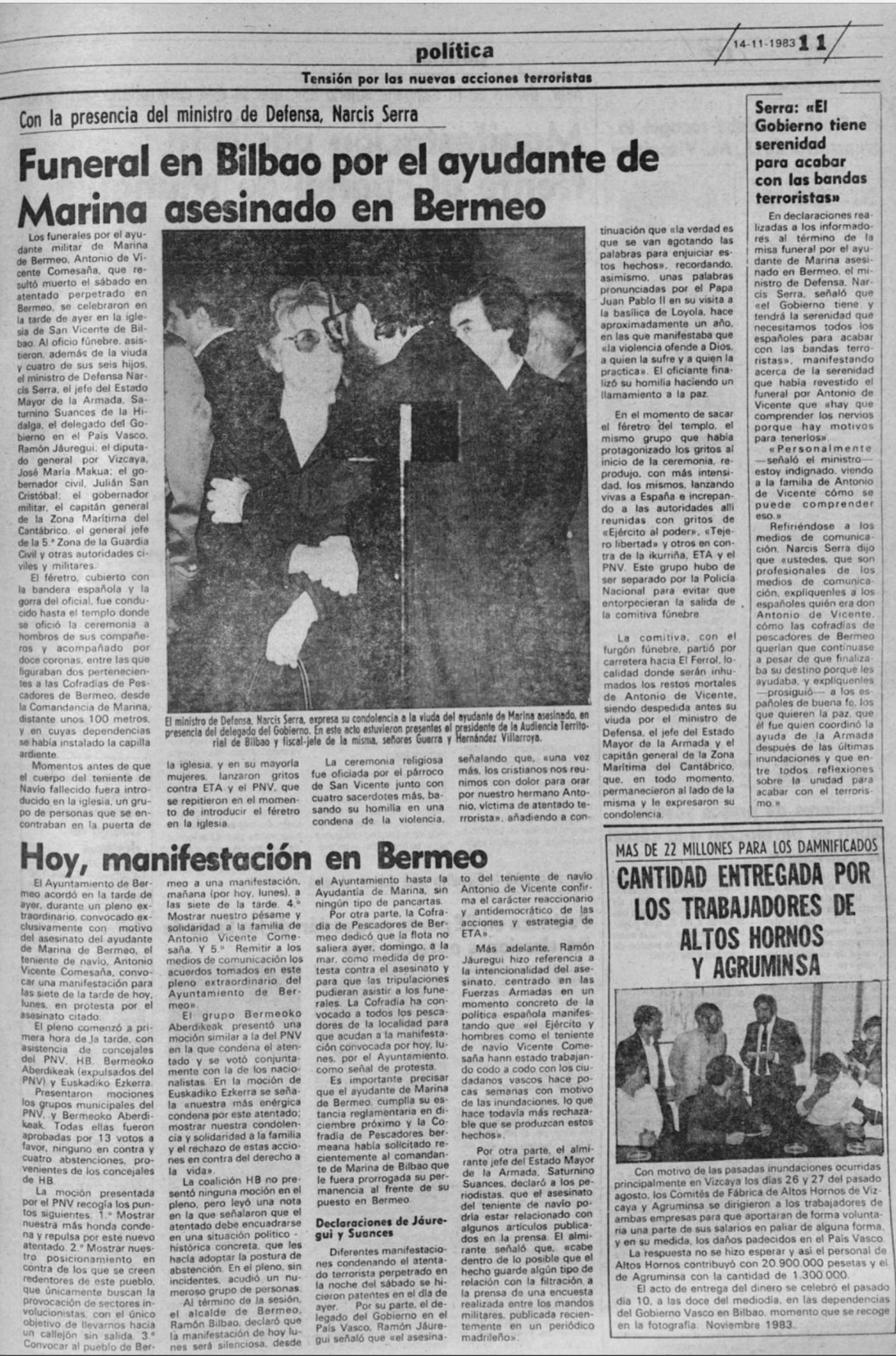 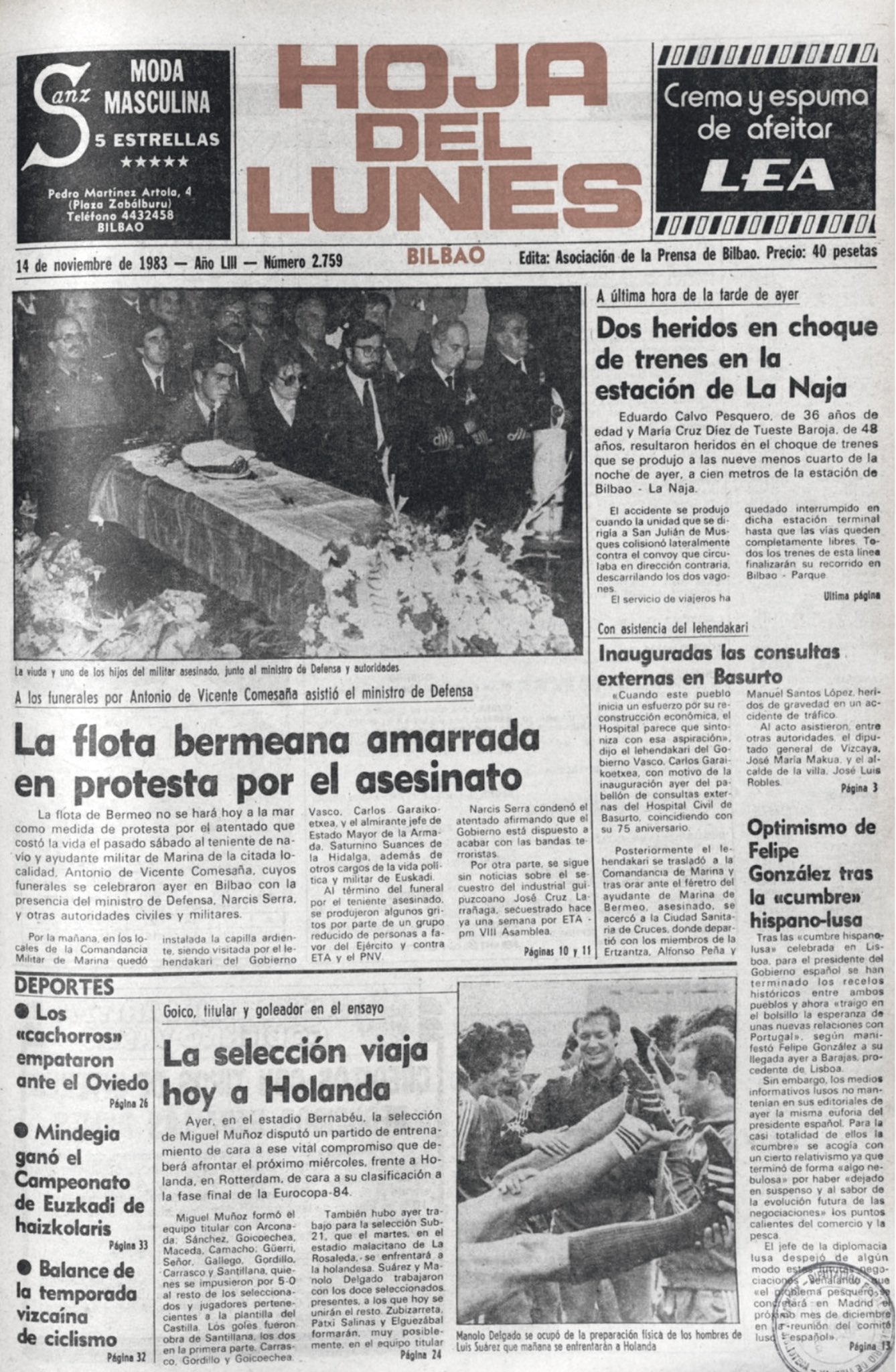 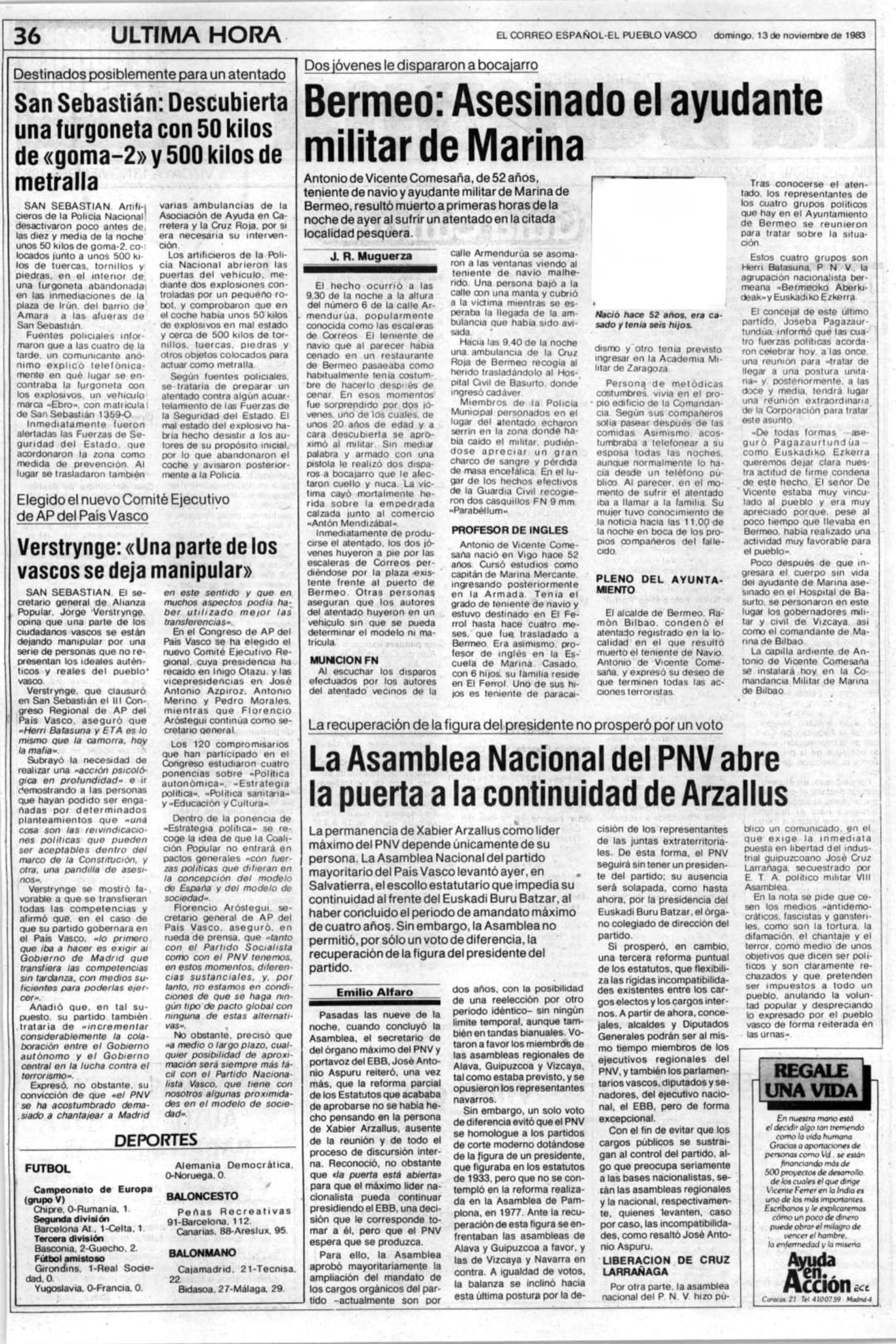 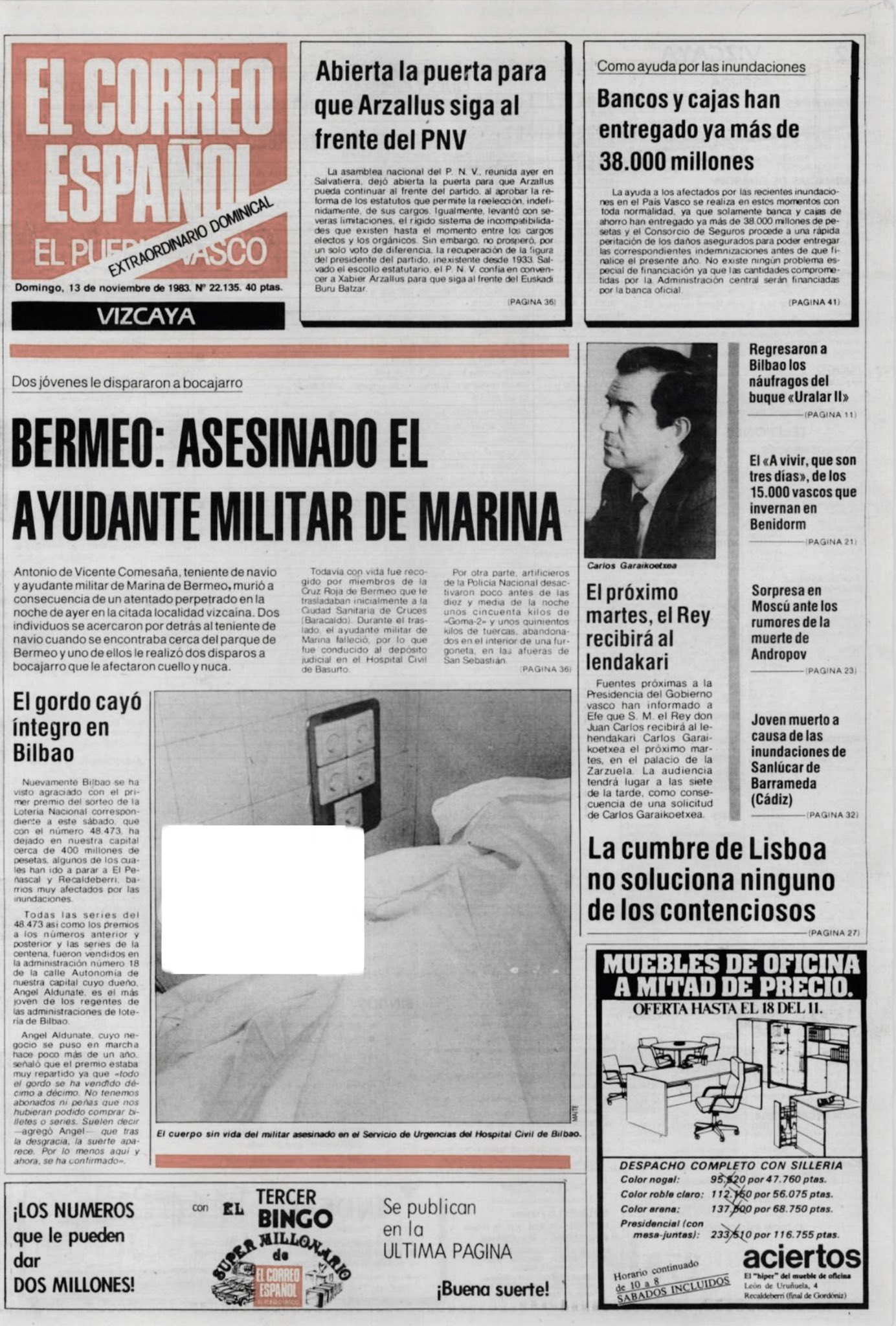