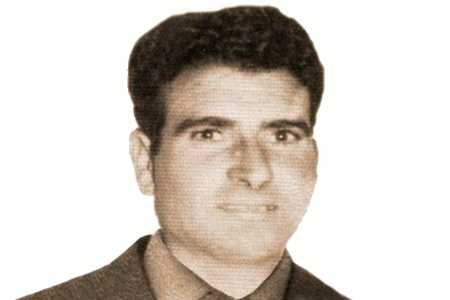 Several ETA terrorists had planted a Basque flag (an ikurriña) to lure the Civil Guard to the Urtatxa reservoir. The victim was amongst the guards dispatched to the scene. A flag had been placed on one wall of the dam with a package made to resemble a bomb. Civil Guard Lance Corporal Antonio de Frutos Sualdea ordered officers to establish a security cordon around the scene while he went to gather information on another device that had exploded the previous morning. He had driven barely 200 metres when a bomb went off on an embankment by the road, containing six kilos of explosives. He was killed instantly. 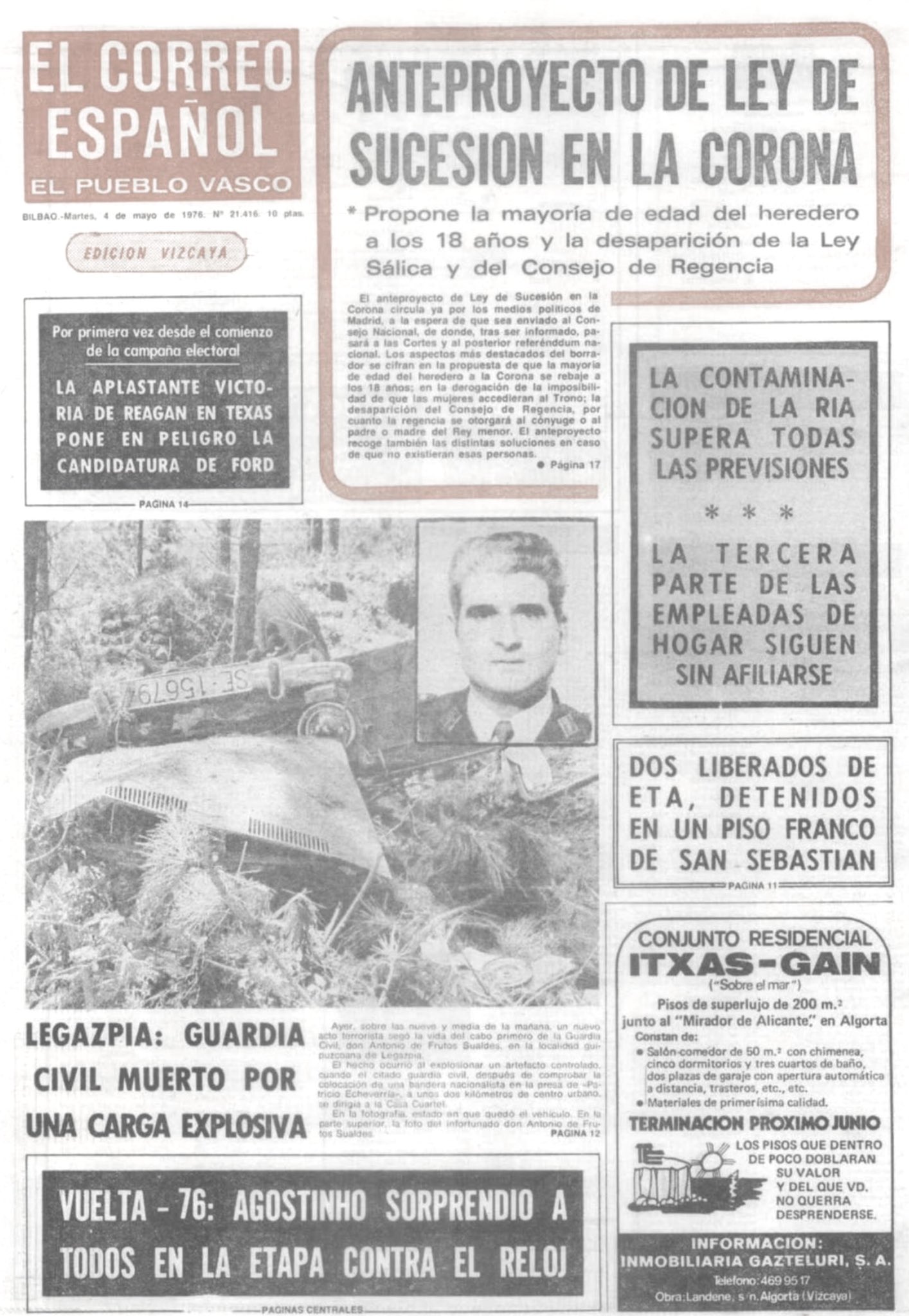 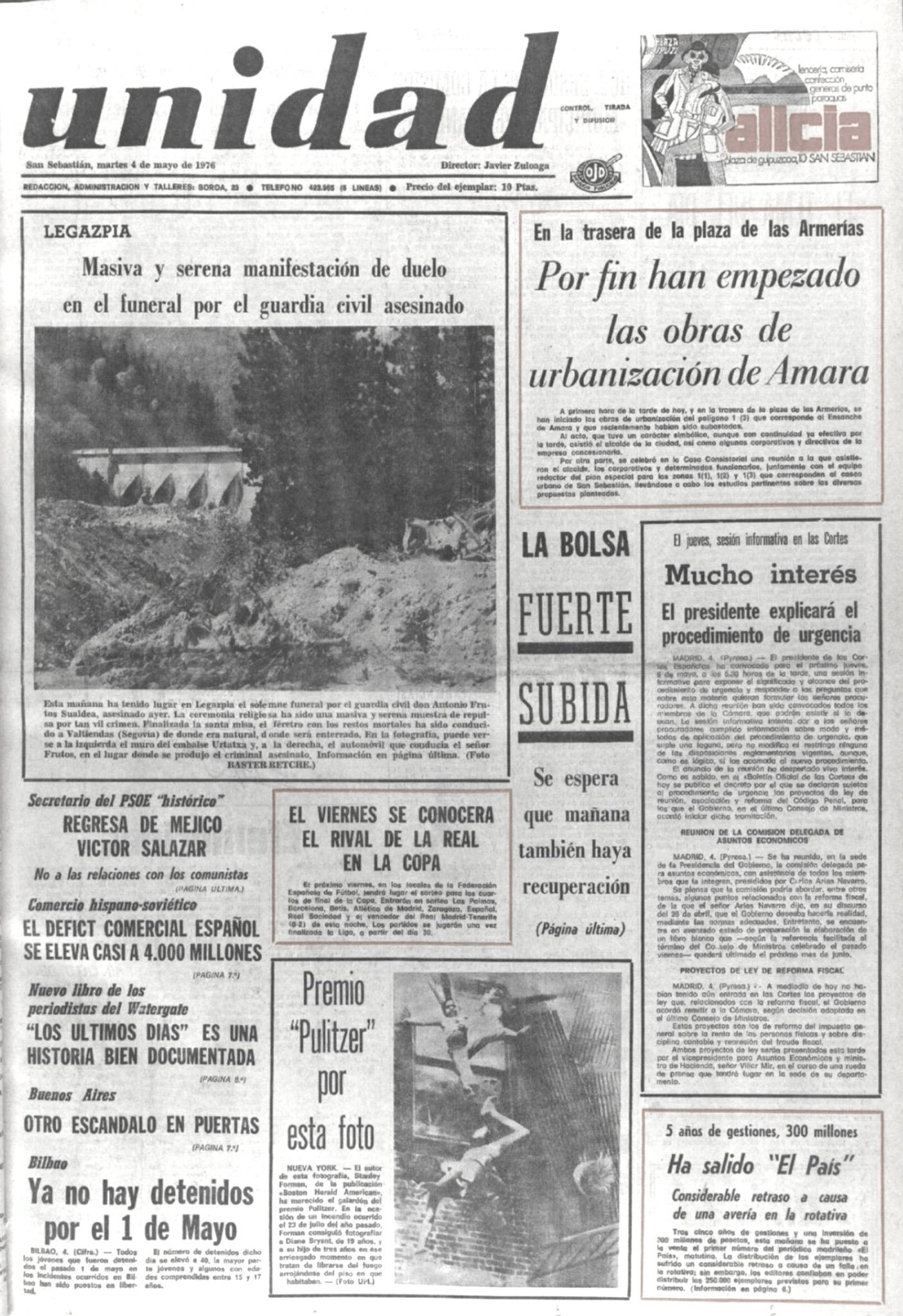 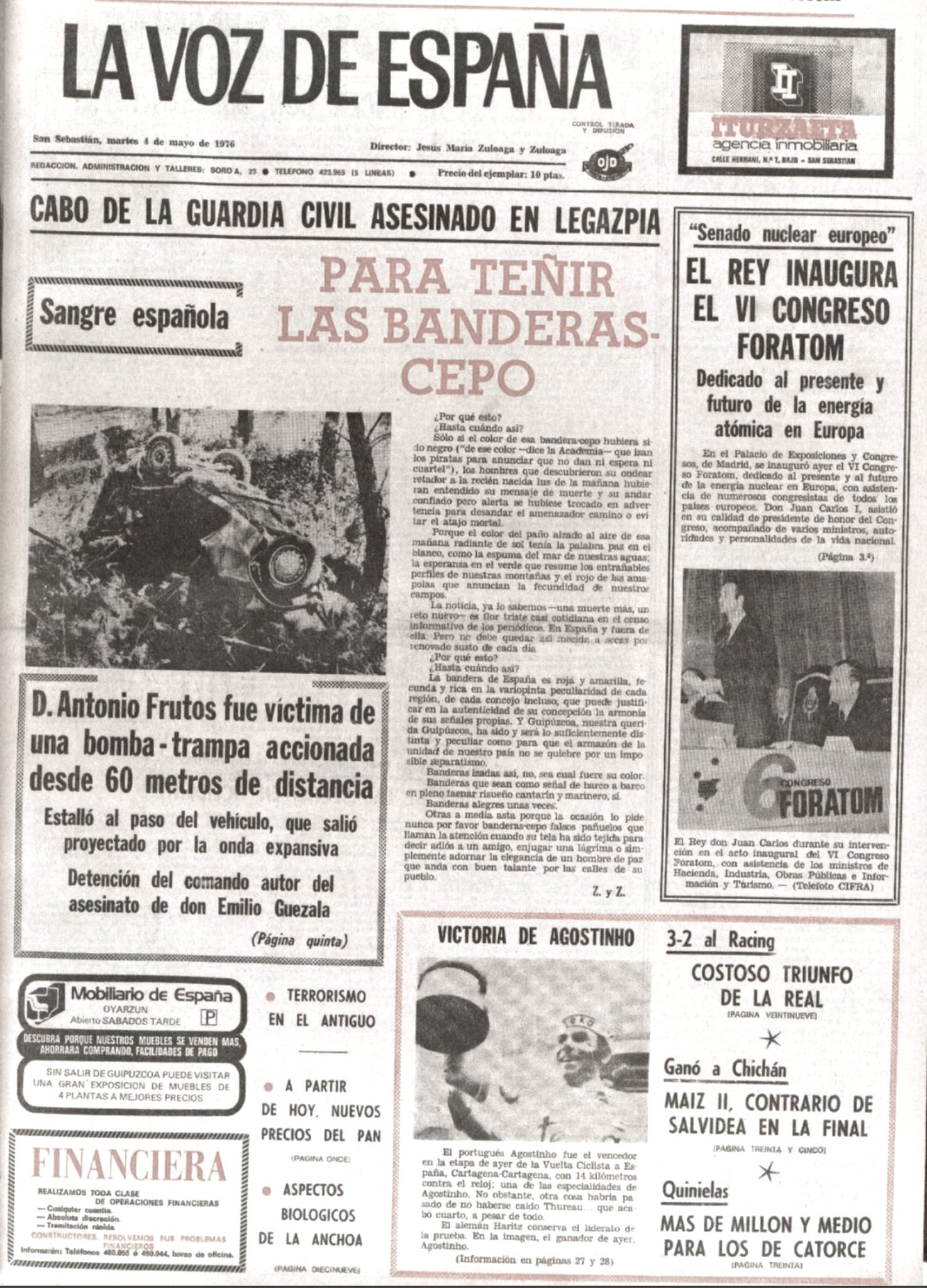 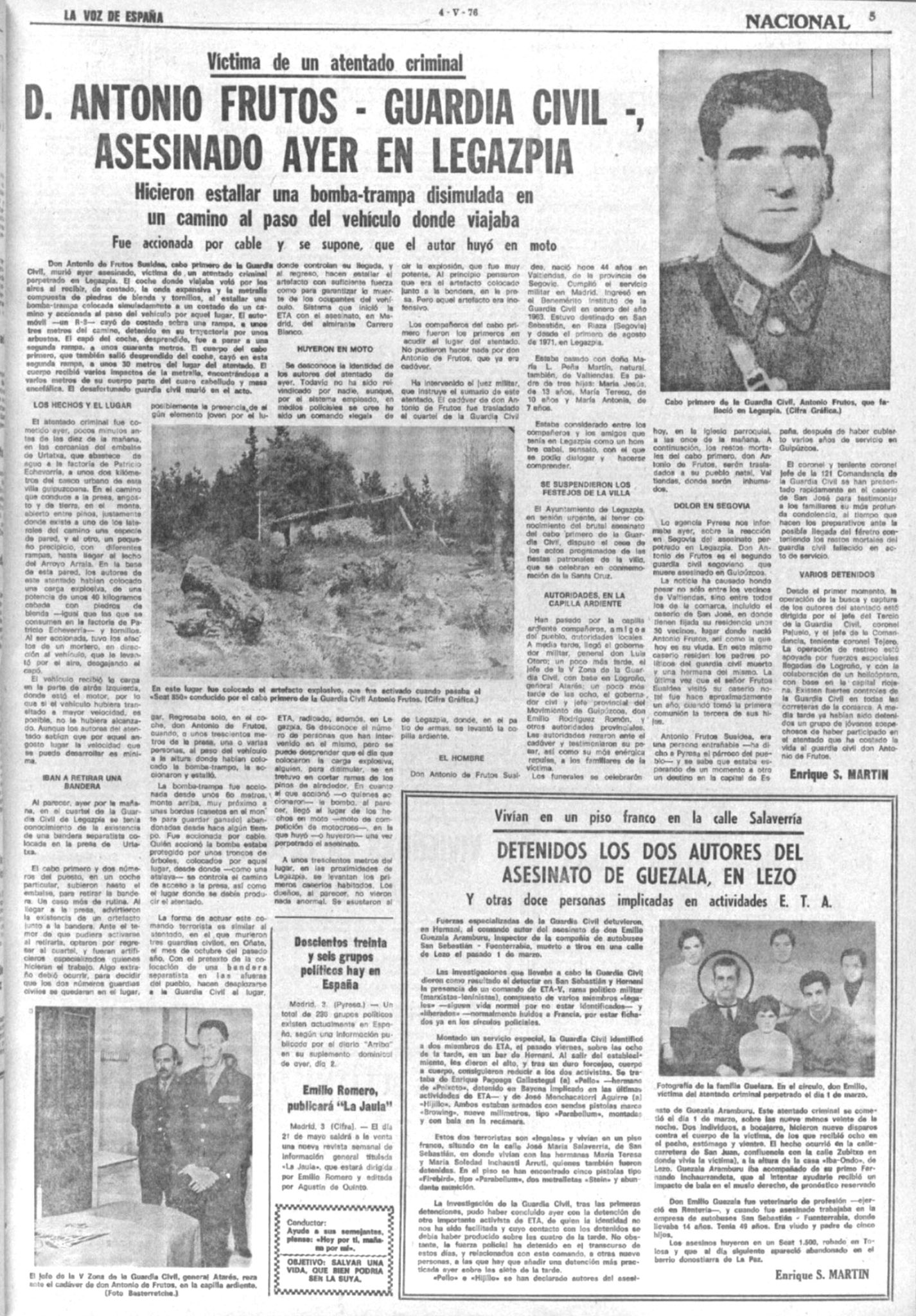