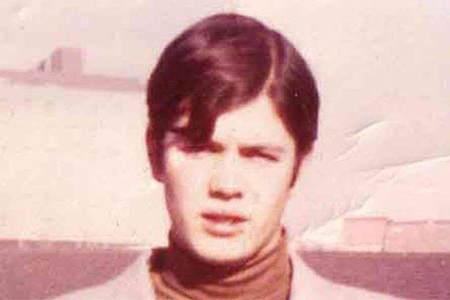 Aniano Sutil Pelayo was murdered on 27 March 1983 in San Sebastian when he and his colleague Juan Manuel Martínez Aguiriano were trying to defuse a bomb planted by ETA next to the Portobello store in the Gros district of San Sebastian. The shop had suffered another terrorist bombing two months earlier, on 17 January 1983.

The Municipal Police had received an anonymous tip-off, giving the location of the device. A bomb disposal squad from the National Police was notified and having cordoned off the area, they were about to defuse the bomb when it exploded. Juan Manuel was seriously wounded in the blast while Aniano Sutil was killed instantly. The terrorists appear to have deliberately booby-trapped the device, their real purpose being to kill the police bomb disposal experts. 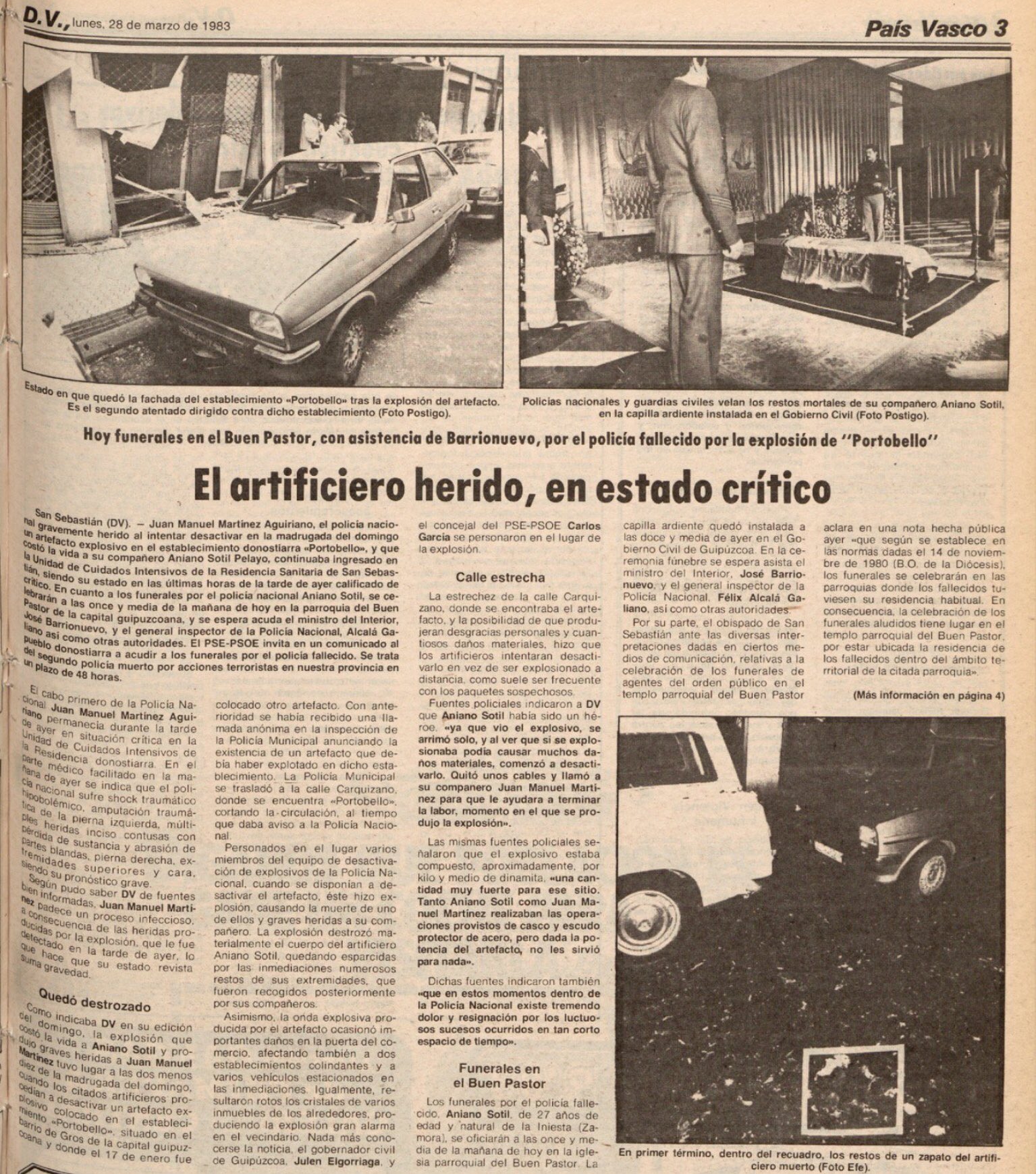 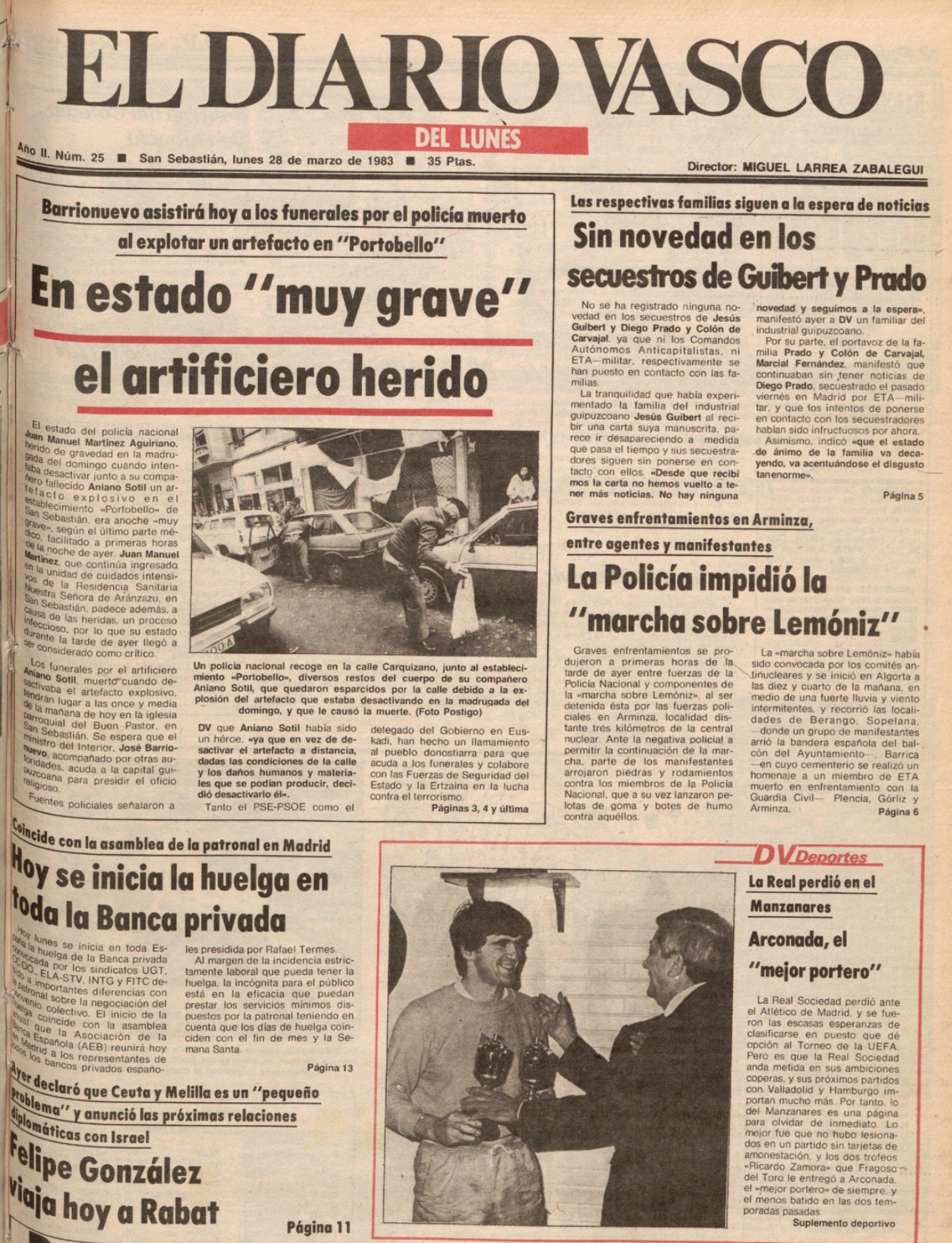 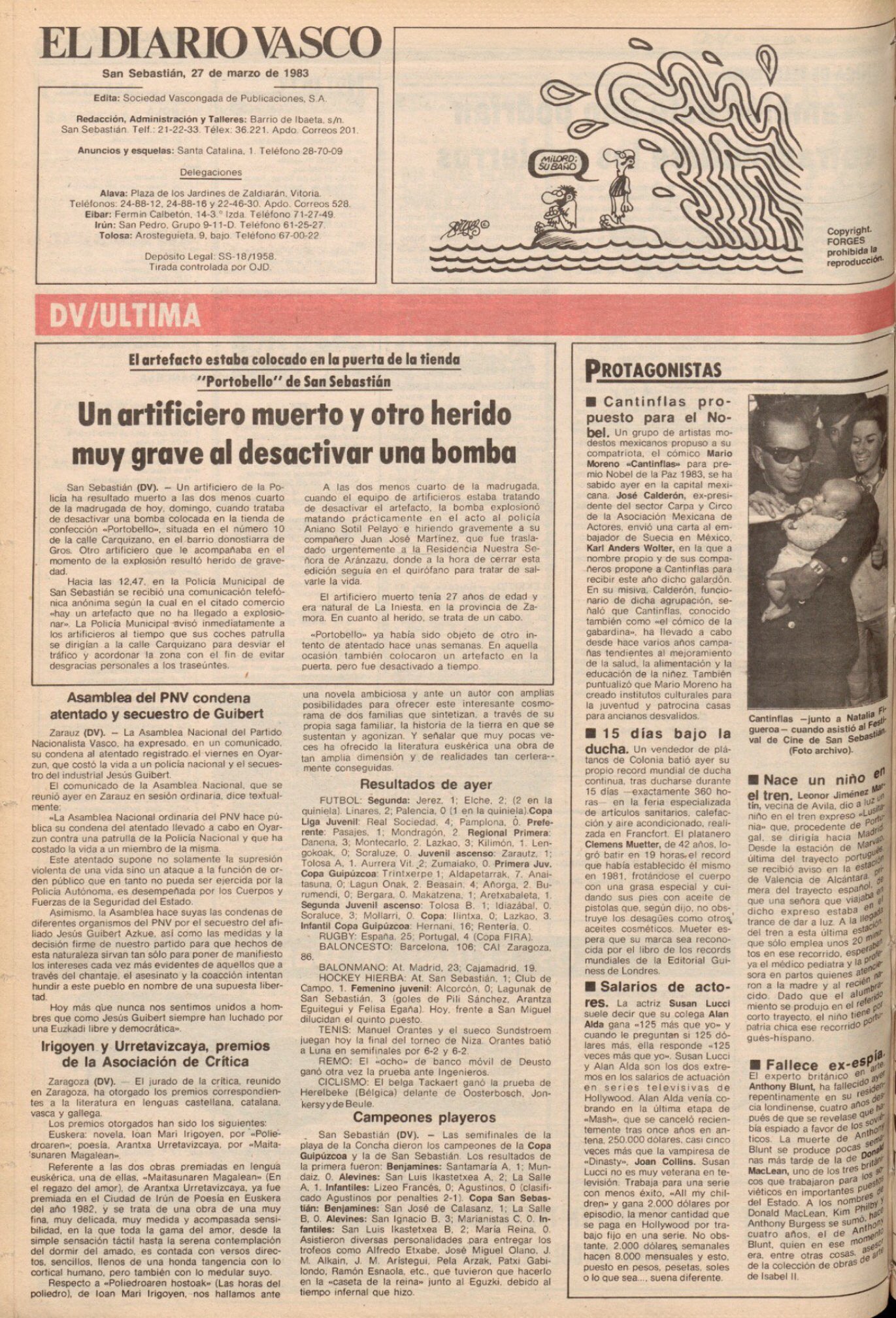 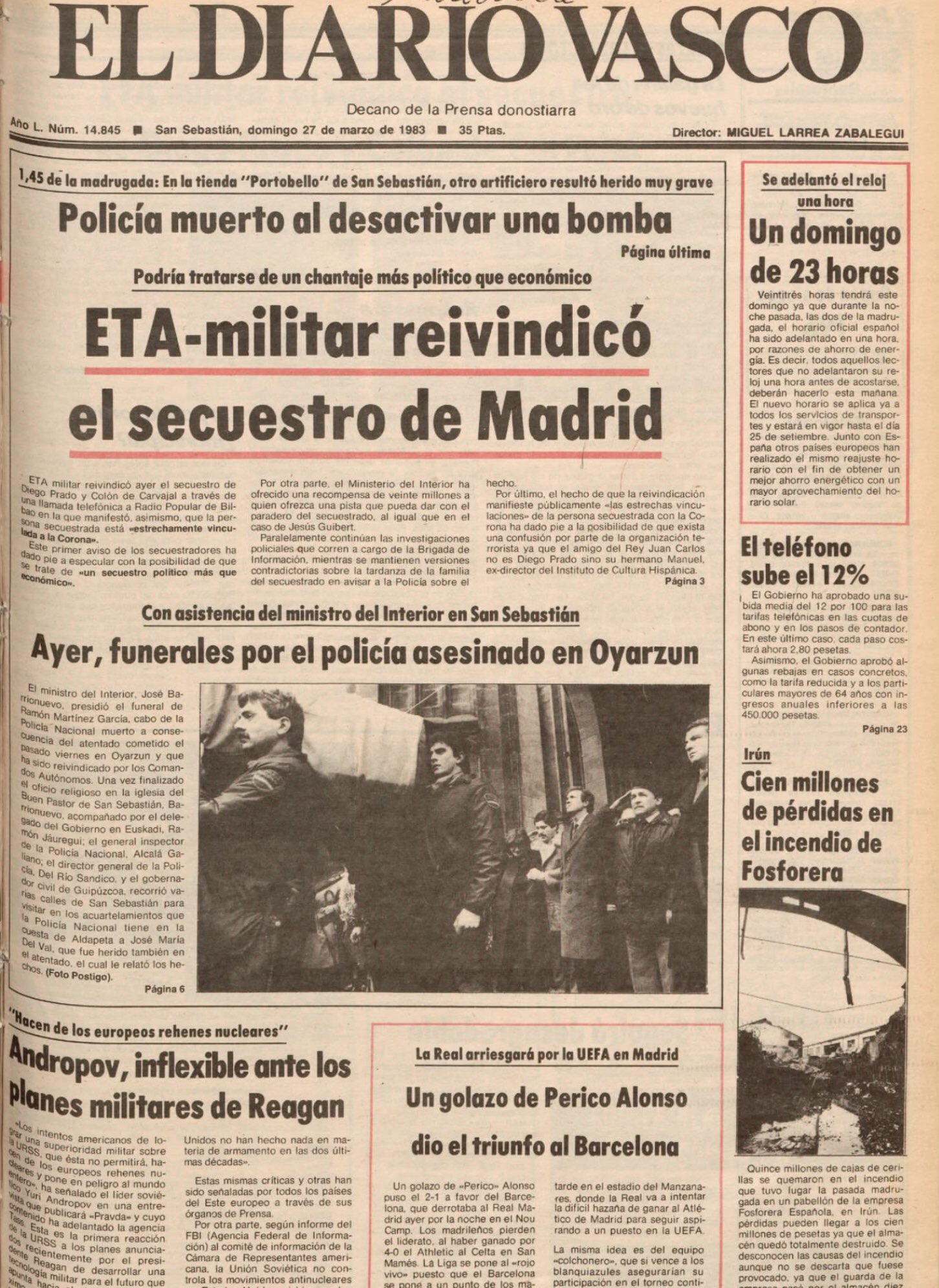