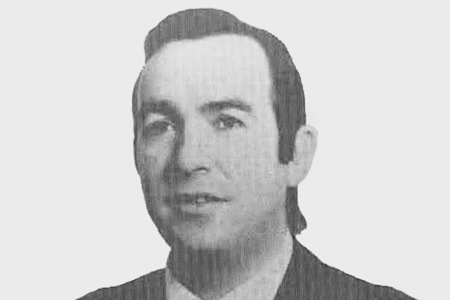 Ángel Pascual Múgica was driving his own vehicle, on his way to the central offices of Iberduero. In the passenger seat was his son Íñigo, aged 19, to whom he was giving a lift to the school bus. When they reached No. 5, Calle Médico Pedro Cortés, two terrorists approached the driver’s side of the car and opened fire on him and his son. Ángel Pascual Múgica was killed instantly. He appears to have shielded his son from the gunfire. Two other vehicles, each carrying two escorts were driving behind Múgica’s car, but failed to prevent the attack.

Pascual Múgica was killed on the day on which the Lemóniz Nuclear Power Station Management Company was formed and the Basque premier Garaikoetxea insisted that the planned power plants would go ahead. However, workers at Lemóniz refused to go back to work until ETA’s campaign of harassment ceased.