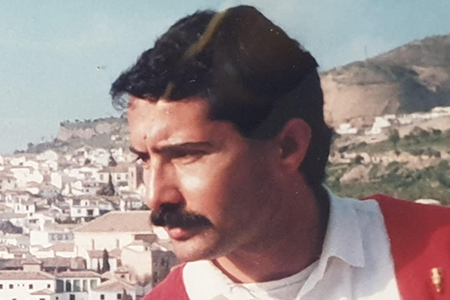 On the afternoon of 13 March 1990, Ángel Jesús Mota Iglesias was in the El Antiguo district of San Sebastián. His wife was about to close up the photography shop owned by her father. Ángel went to his van with his baby in his arms to get him strapped in. At that moment, a member of ETA approached and shot him from point-blank range. According to witnesses, a passing woman picked the baby up off the ground. Ángel was taken to the Red Cross hospital in San Sebastian where he spent several hours in a coma. He died on 14 March.

Ángel Jesús Mota worked in penitentiary facilities and had been stationed at the Martunene prison in San Sebastian for eleven years, where he was in charge of giving out pocket money to the inmates and distributing pay checks to his workmates.