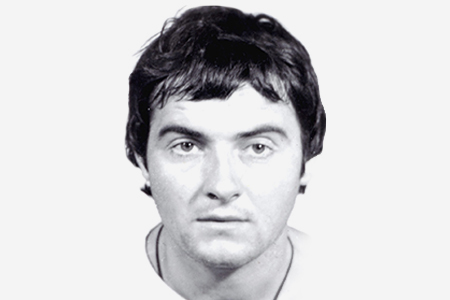 On the evening of 8 February 1984, Ángel Gurmindo Lizarra and Vicente Perurena Telletxea were talking on Calle Aizpurdi in Hendaye, a town in the south of France where they both lived. Vicente Perurena’s car was parked a few metres away. At around 7.50 pm, a Spanish-registered vehicle stopped opposite the two men and the occupants of the car let off a burst of machine-gun fire. Gurmindo and Perurena were hit in the head and neck and both died instantly. Responsibility for the killings was claimed by GAL.

Ángel Gurmindo Lizarra, alias Stein and Escopetas, was a member of ETA militar and had fled to France eight years before the attack. According to French police, at the time of his death he was responsible for the security of the head of the organisation. On that particular Wednesday, 8 February, Vicente Perurena had asked Gurmindo to accompany him because he suspected he was being watched. 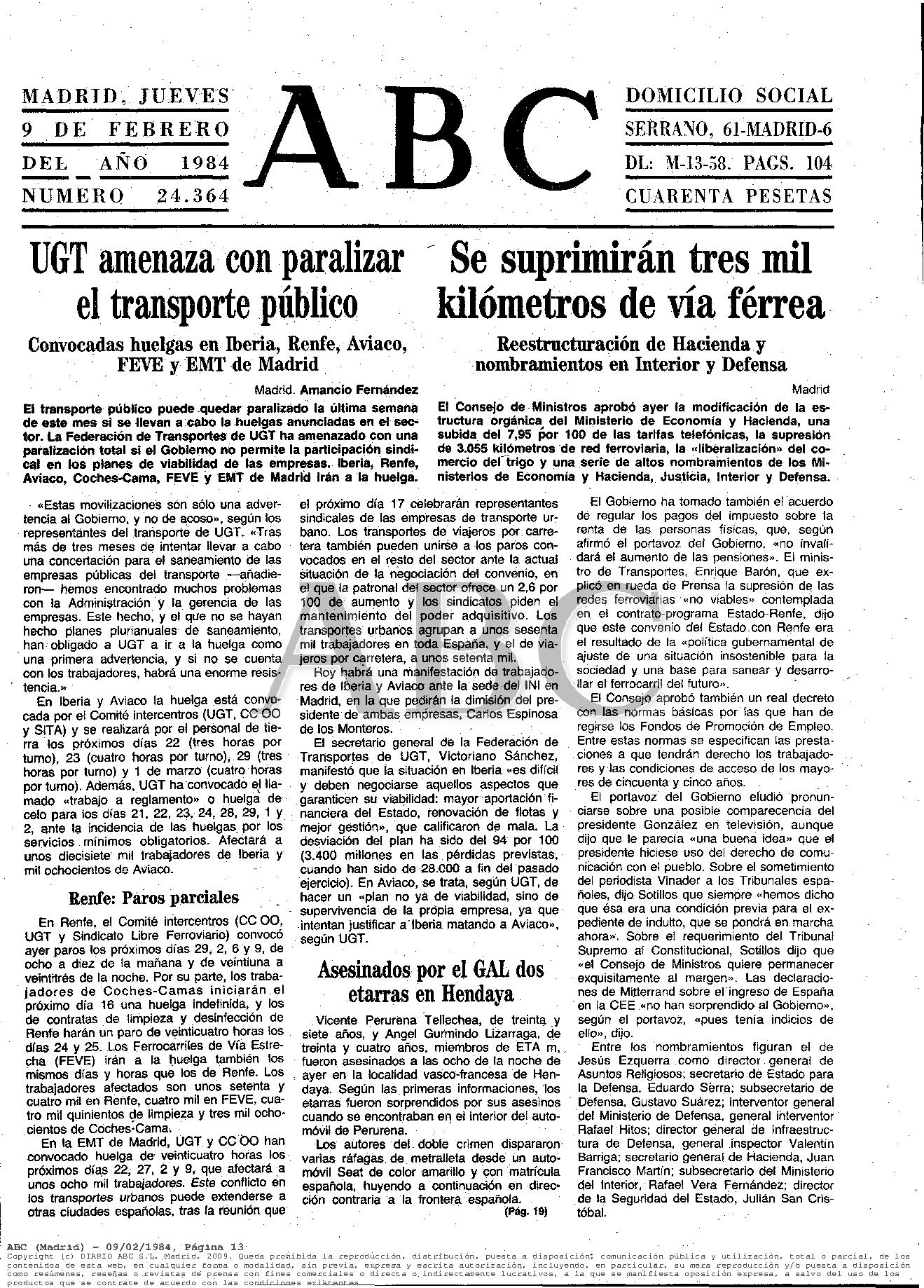 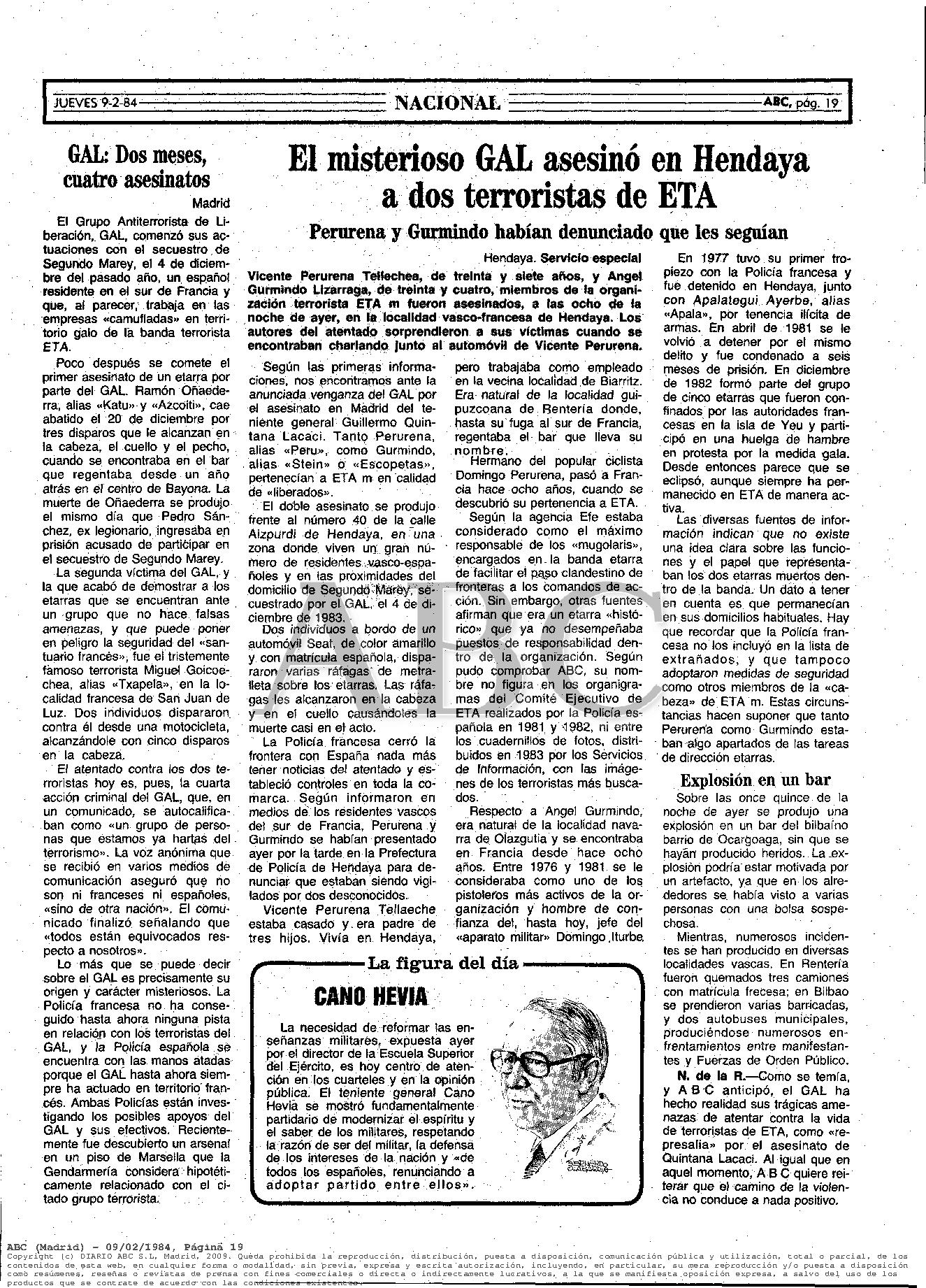