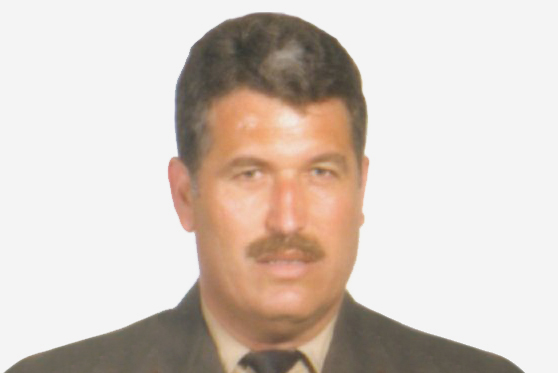 In the early hours of 10 February 1992, a unit of ETA phoned a warning to the fire services in Murcia that a car-bomb had been planted in the Vista Alegre district, next to the Civil Guard headquarters. At around 00.40 am, when a patrol of the National Police went to inspect the vehicle, parked 50 metres to the rear of the building, the ETA members remotely detonated a bomb planted inside the automobile, containing 20 kilos of ammonal.

Police officer Ángel García Rabadán was caught in the blast and killed instantly. The blast also blew his colleague Antonio Peñalver Pérez into the air and he was taken to hospital with severe injuries. ETA members Idoia López Riaño, alias La Tigresa, and José Luis Urrusolo Sisitiaga were convicted of the crime.

Ángel García Rabadán was married and had three children. He joined the police in 1969 and had been decorated for rescuing two children from a fire in Murcia in 1989. 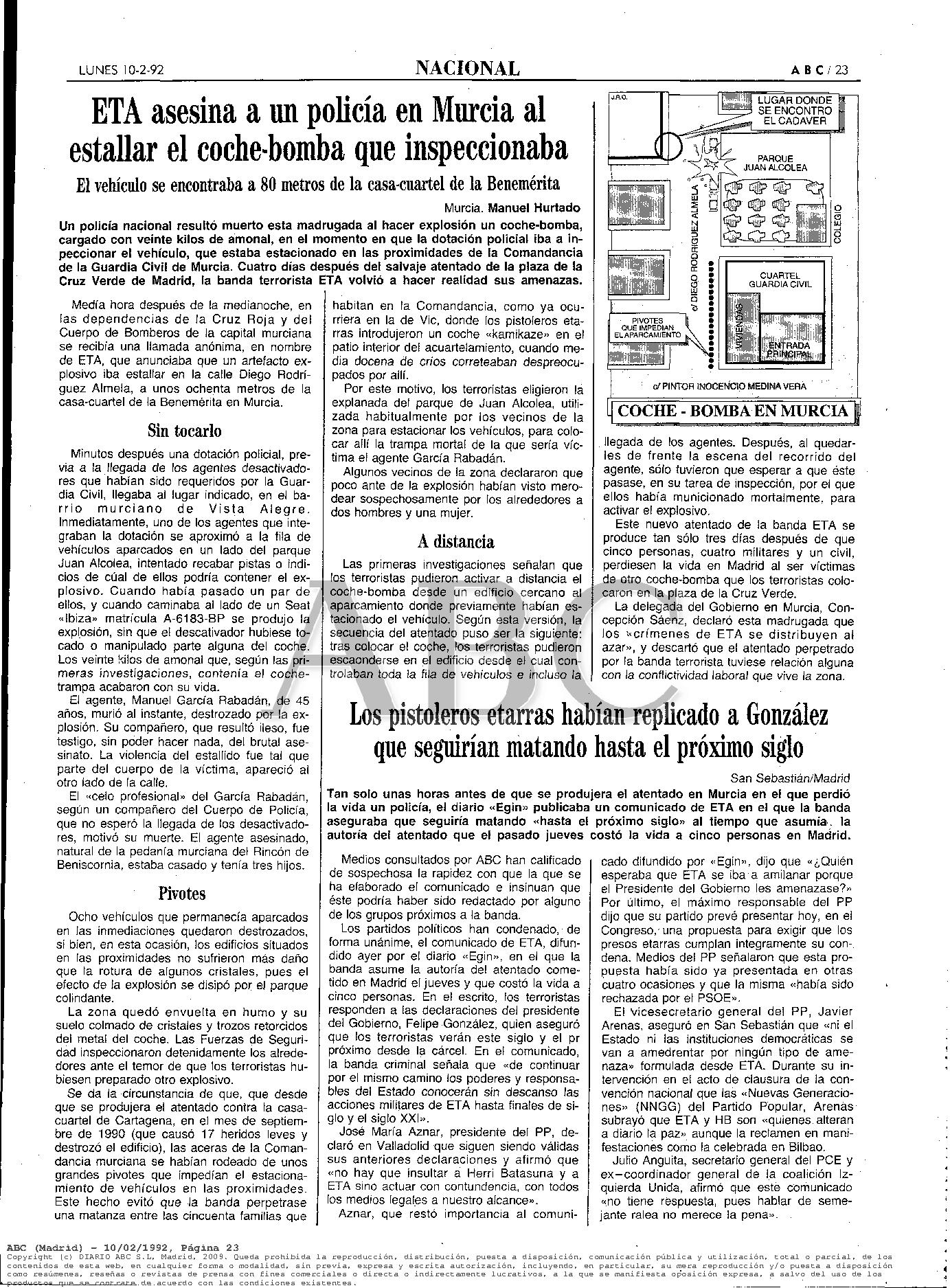 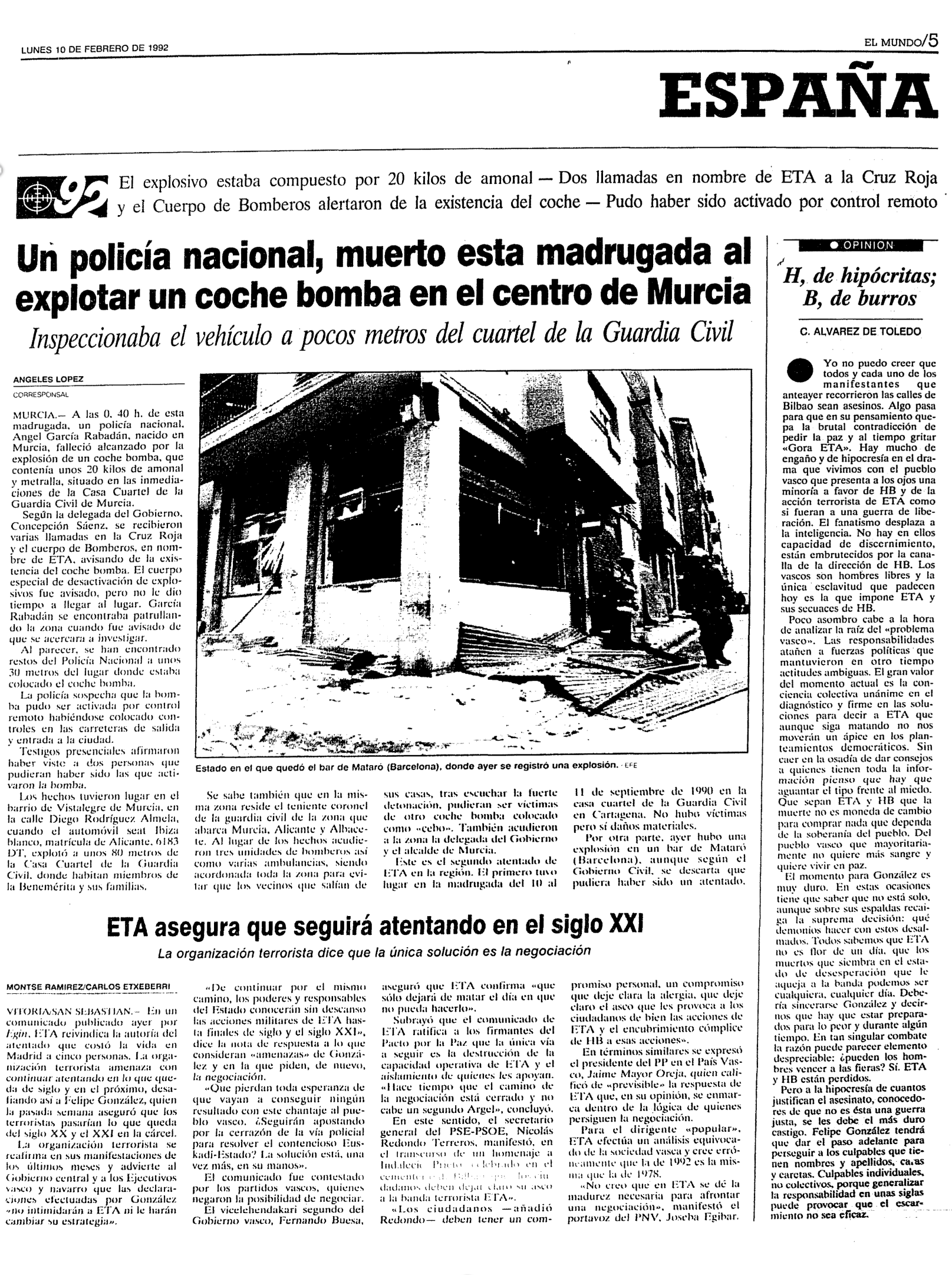