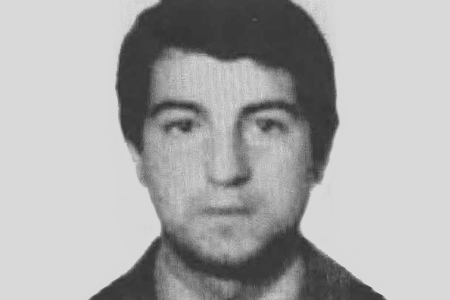 Antonio Alés Martínez, Ángel García Pérez and Pedro Sánchez Marfil, together with the latter’s wife, had gone to the Izaro Bar for dinner. There they were shot twenty times and the three men were killed. The bar was frequented by immigrants and was also a regular meeting place for Civil Guard officers. Minutes after the agents had ordered their drinks at the bar, four individuals walked in and ordered two gin and tonics, a small rum and coke and a tonic, paid and went out into the street. A few seconds later, they walked back into the bar brandishing the guns they had left in a vehicle parked at the door.

After pulling Sánchez Marfil’s wife away from the rest of the group, the terrorists began to shoot the three civil guards in the back from a short distance. The men did not have time to realise what was going on. Although the officers were killed almost instantly, the terrorists shot them again in the head after they had fallen to the ground. The four terrorists got away in a vehicle they had stolen with the help of Juan María Tapia, an ETA collaborator who had also put them up at his home.

Although there were numerous customers in the bar at the time, none of the witnesses was willing to cooperate in the police investigation or help identify the terrorists, who were unmasked. However, the Civil Guard managed to identify one of the terrorists involved in the attack, Pedro Leguina, from fingerprint evidence.