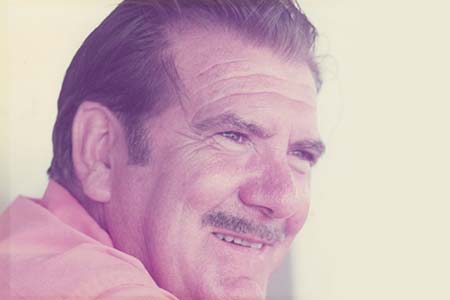 The fourth kidnapping in ETA’s history ended in tragedy. Ángel Berazadi Urbe, the CEO of Sigma, was kidnapped on the evening of 18 March 1976 as he was leaving his company premises. The terrorist group demanded two hundred million pesetas for his release. Berazadi was held for twenty days in the Ipiola farmhouse, in Itziar, by the Bereziak (special) Units of ETA poítico-militar, led at that time by Eduardo Moreno Bergareche, alias Pertur.

Despite the family’s attempts to pay a ransom for the industrialist’s release, with the help of the PNV, a party to which Ángel Berazadi had close ties, they were unable to raise the amount ETA demanded and on 8 April 1976, after twenty days in captivity, Berazadi’s body was found in a ditch on the Elgóibar-Azcoitia road, face up, his eyes covered in welder’s goggles. He had been shot in the back of the head. This was the first time that an ETA kidnapping ended in murder.

Ángel Berazadi spoke perfect Basque and was considered a great promoter of Basque culture, having sponsored the creation of ikastolas (Basque-speaking schools) in Elgóibar, Zarauz and San Sebastián. He had also been the chairman of the Zarauz football team. His kidnapping and murder took place a year after he received a threatening letter from ETA demanding ten million pesetas.