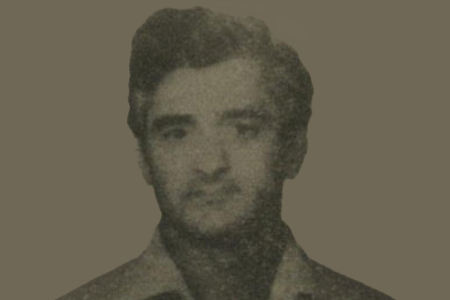 Ángel Baños Espada, an employee at the nuclear power station in Lemóniz, was standing on a small platform at the top of an oil tank, used for cooling the turbine when a bomb exploded. It had been planted at the bottom of the cylindrical tank, which was about three metres in diameter. Ángel was blown off the platform and suffered a very severe fall, causing his death.

The attack was perpetrated by two armed individuals who threatened to shoot two of the operators of the cooling tank and forced them to leave the site. Although ETA had issued a bomb warning, Ángel Baños had not been informed.

This was the second bomb and the third death caused by ETA at the Lemóniz nuclear power station, fifteen months after the murder of Andrés Guerra Pereda and Alberto Negro Viguera. The 400 employees of Iberduero, the company that was in charge of building the power station, denounced the irresponsibility of ETA, which had already caused the death of three people at its facilities. They also complained that no town council followed the lead of the Comisiones Obreras and UGT trade unions in condemning the attack.