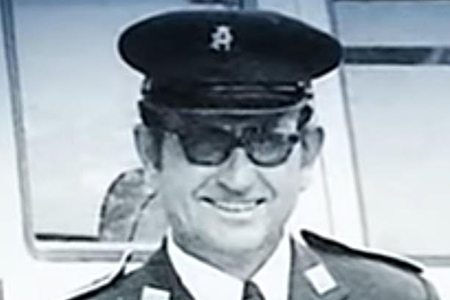 Ángel Astuy Rodríguez was on his way to work to begin the night shift. As he was walking along Calle Aránzazu, he was shot by two terrorists from a vehicle in which they immediately made their getaway. Hit three times, he managed to reach the door of the Vitoria Bar where he asked for help, but he died in the doorway.

Astuy was killed an hour after ETA had killed his cousin Miguel Rodríguez Fuentes. On the same day, the UCD headquarters in the town of Zumárraga in Guipuzcoa was also attacked, although there were no casualties. In addition, three civil guards had been attacked in San Sebastian by demonstrators protesting against the arrest of ETA and HB leaders.

On the following day, a plenary session of Oñate town council condemned the murder of Ángel Astuy. The meeting was not attended by the councillors from Herri Batasuna.