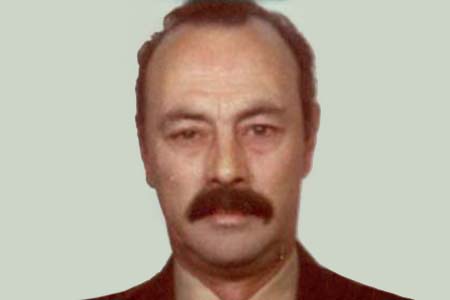 During construction of the Leizarán motorway linking Navarre and Guipúzcoa, the terrorist organisation ETA launched a campaign against the companies involved in the work. Jesús Gallego, chairman of Construcciones Atocha, S.A. was named as a target and ETA sent him a parcel bomb. However, the company’s head offices had moved, and the package was returned to the Servitrans transport offices, in the Vallecas district.

Staff at the office realised that the sender’s details were false and notified the National Police’s bomb disposal squad, who arrived at the office shortly after 7 pm on 12 June 1991. The police took the packet to a police van to try to defuse it, but it exploded on the way, killing two of the bomb disposal experts, Andrés Muñoz Pérez and Valentín Martín Sánchez and injuring several other officers and Servitrans employees.

Inspector Andrés Muñoz Pérez was from Navaluenga (Ávila), where he was buried. He had planned to retire on 2 January 1992, after thirty years of service. One of his colleagues had offered to defuse the bomb in his place, but Muñoz refused the offer, saying that “he couldn’t stand the way his companions mollycoddled him and kept telling him he should retire in peace”.