Born in: Extremadura
Age: 59
Offspring: 4
Marital status: Married
Job: Employee of a cleaning company
Date of the attack: 23/07/1980
Place of the attack: Bilbo
Weapon: Others explosives
Killed by: AAA

Anastasio Leal Terradillos was gravely injured when a plate glass window shattered and fell on him after a bomb exploded on the street next to a kindergarten. He died some hours later at Cruces Hospital after undergoing surgery.

Anastasio Leal’s colleagues came out on a 24-hour strike in protest against his murder. As a result, there was no refuse collection in Bilbao for a day. 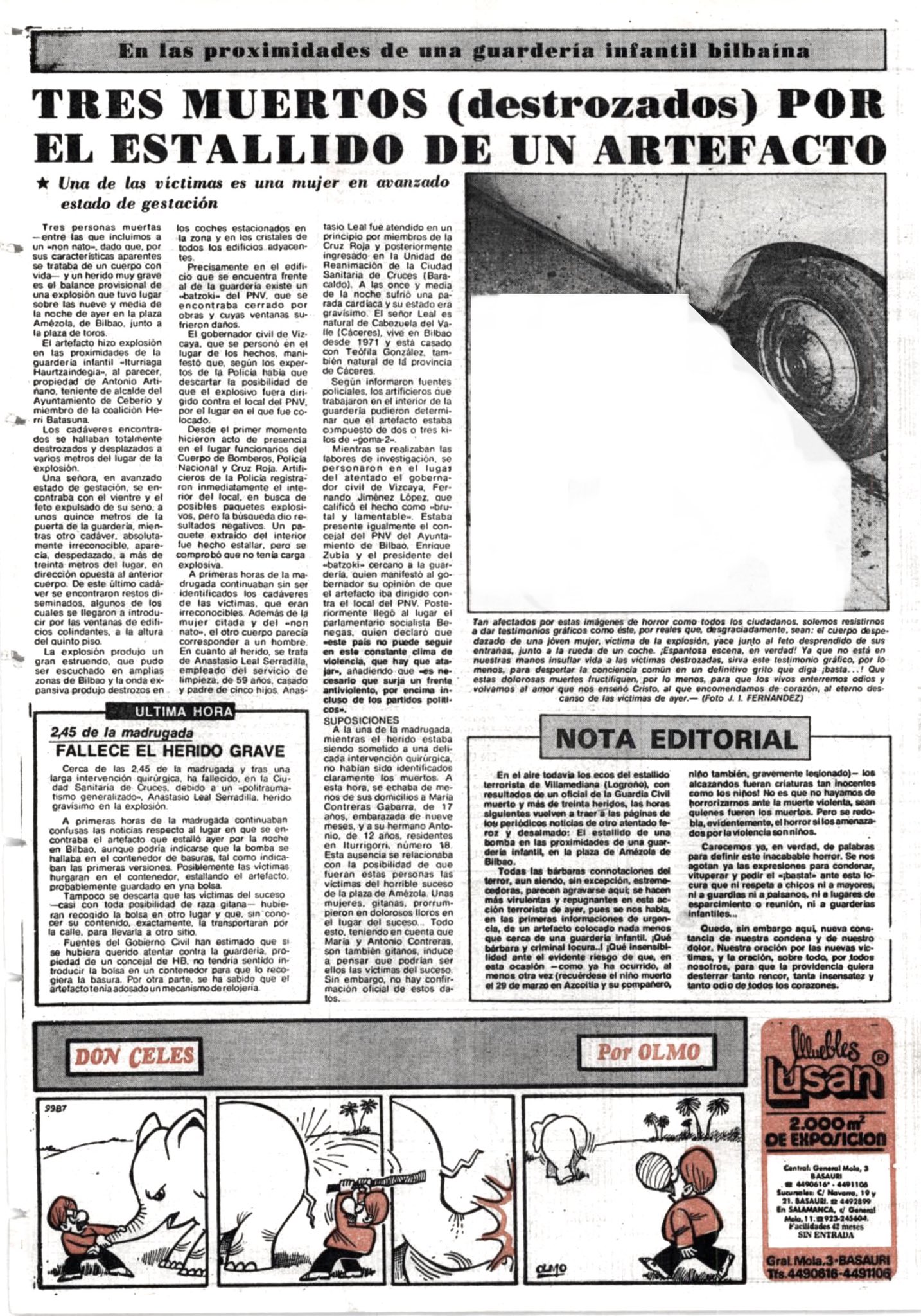 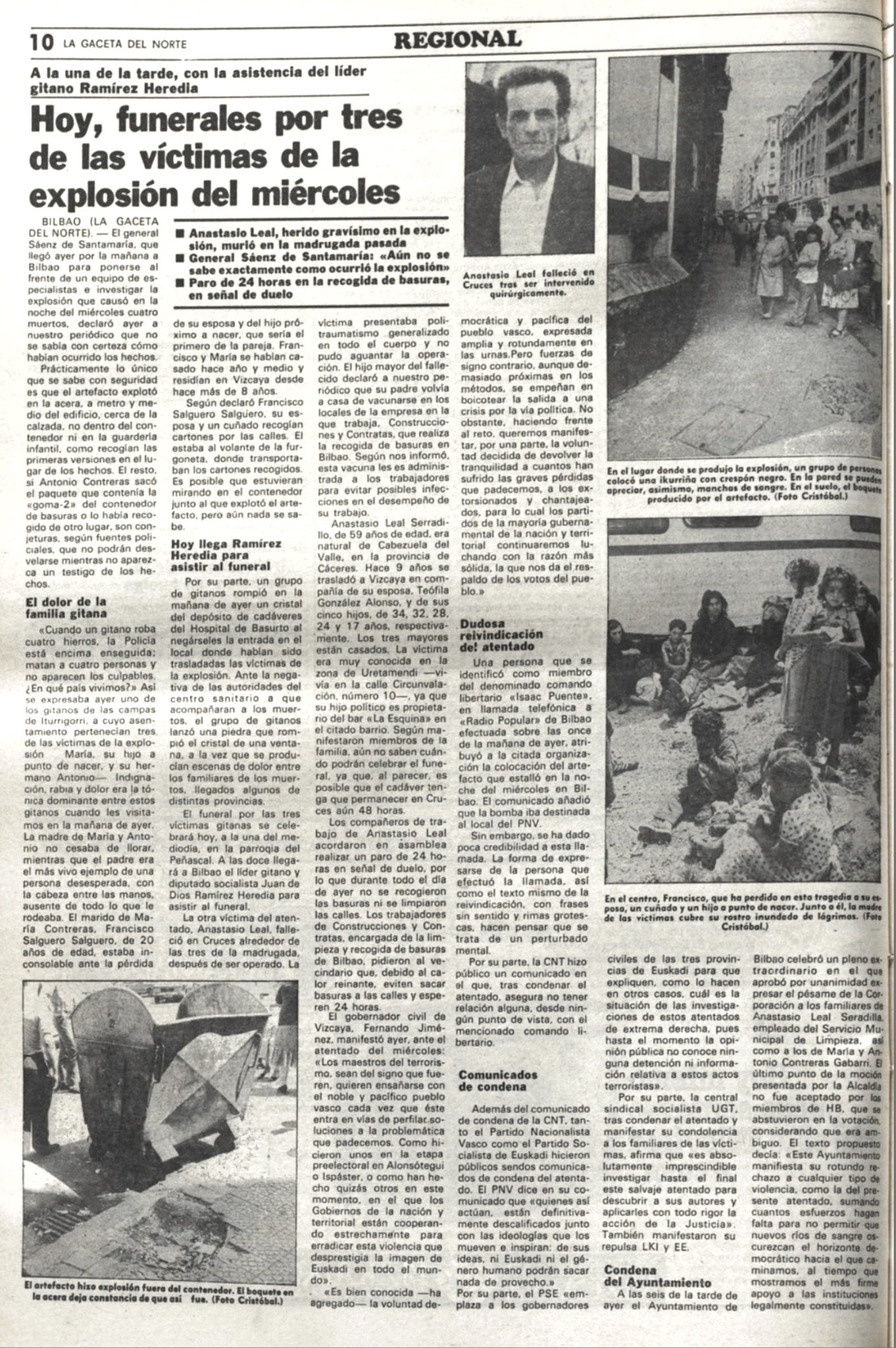 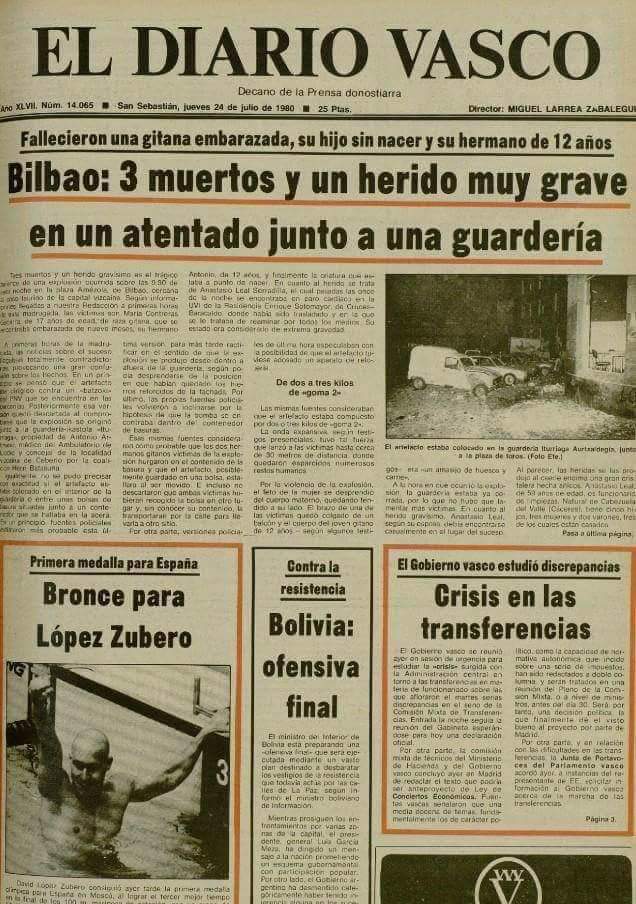