On the night of 6 February 2006, Ana Isabel Herrero Izquierdo and her husband Francisco Colell Farré were walking to the garage of the building in which they lived in Zaragoza, to pick up their car. At around 9.00 pm, when they were about to get into the vehicle, three individuals accosted the couple, saying that they were going to kidnap them and demand a ransom for their release. The terrorists were interrupted by the arrival of another car, and Colell took the opportunity to start up the car and try to get away. The terrorists opened fire on the couple and then made off. Ana Isabel died shortly after being shot and her husband was taken to hospital with severe injuries. Responsibility for the murder was claimed by GRAPO. Israel Clemente, Jorge García Vidal and Juan García Martín were convicted of the crime.

Ana Isabel Herrero Izquierdo was a businesswoman and had founded Arquitempo S. L., a firm managing and providing social services, with her husband. The couple had been together for nearly three decades. Ana Isabel was the last person to be killed by GRAPO. 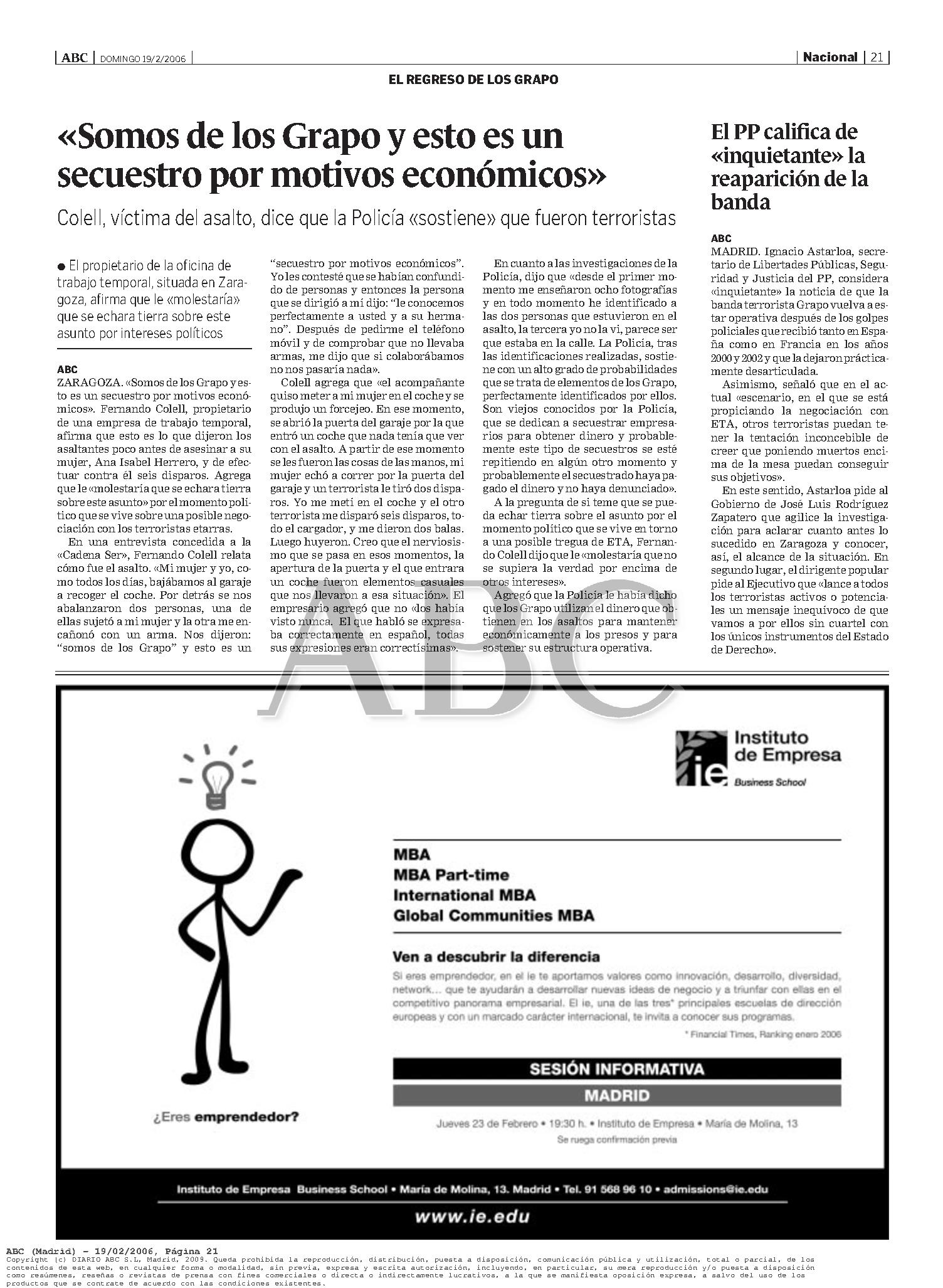 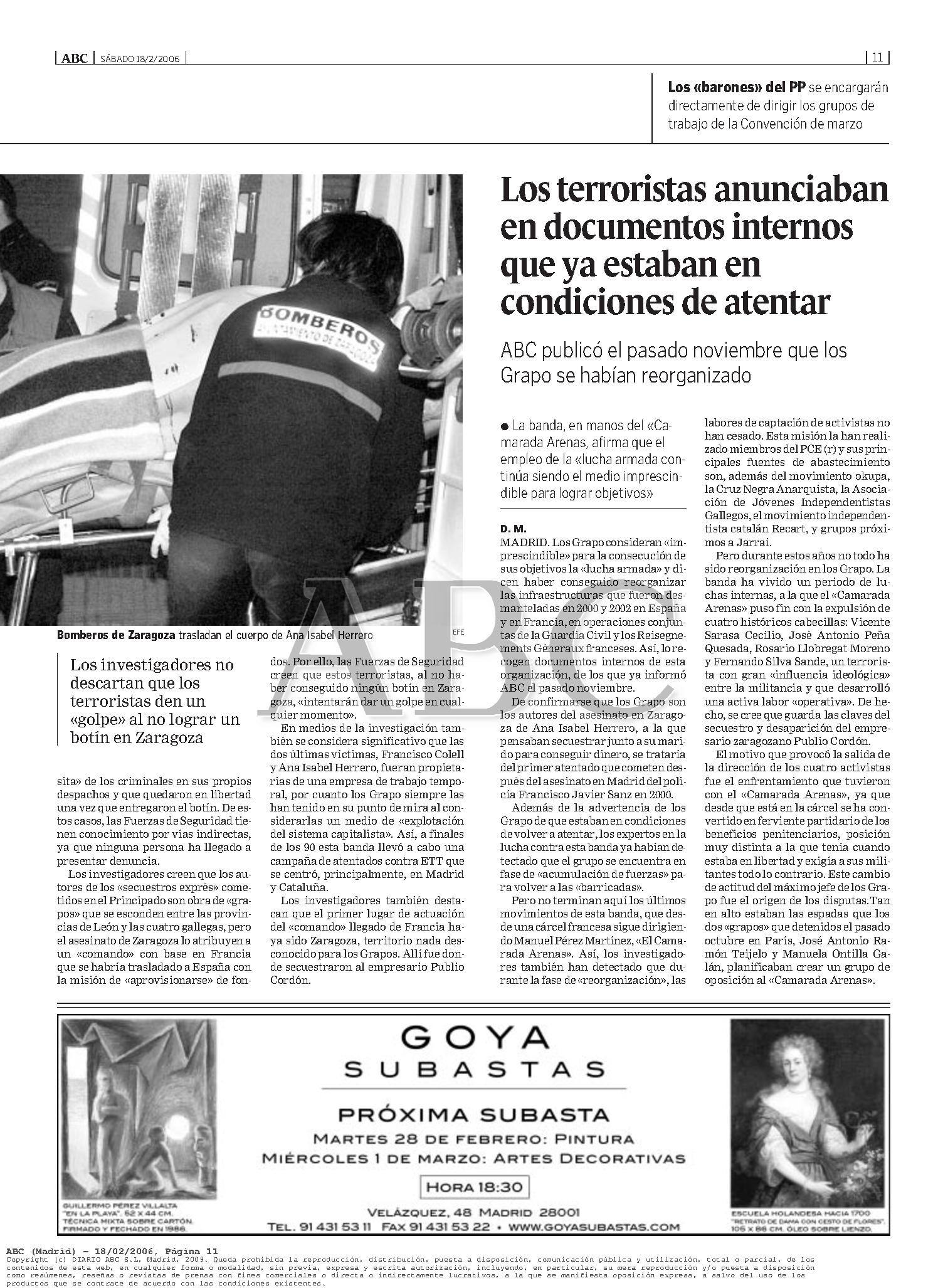 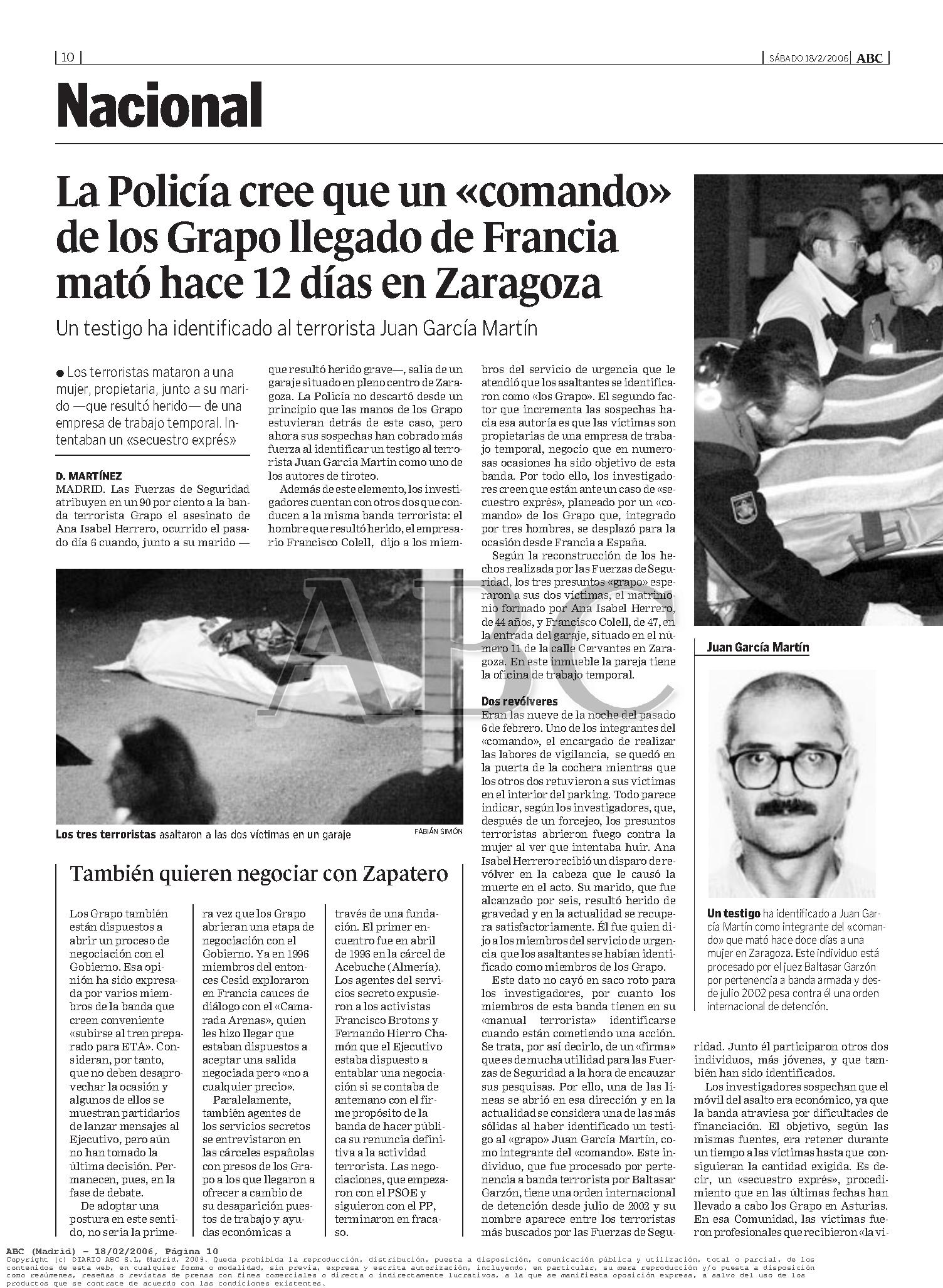 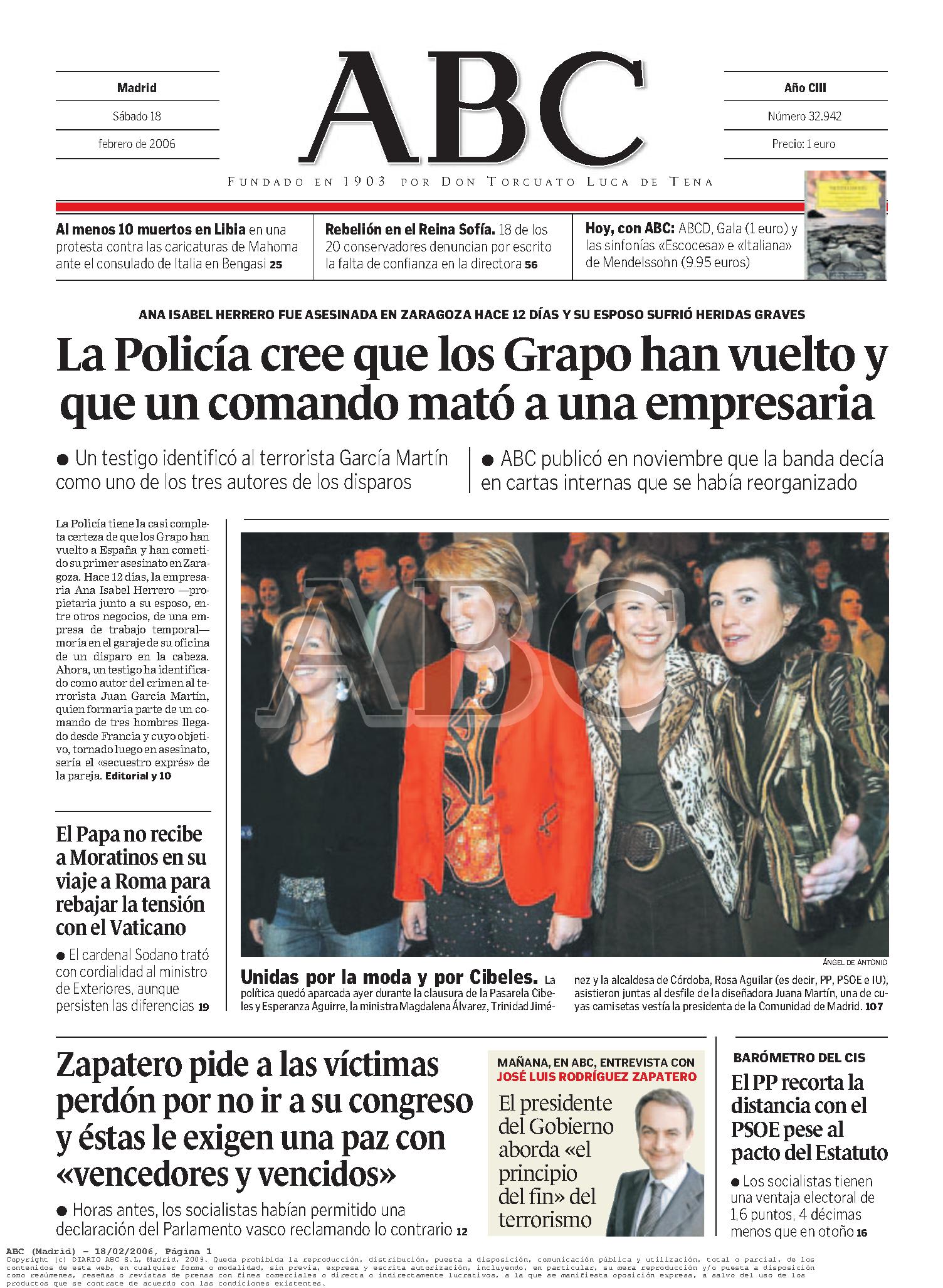