On 23 January 1980, two ETA terrorists entered the Stadium bar and, after warning the owner, Alfredo Ramos Vázquez’s, wife, daughter and niece to keep still, they bundled him into a car and took him to the mining area of La Arboleda, seven kilometres from Barakaldo. There he was interrogated before being shot five times in the head. Thirty minutes after the kidnapping, the newspaper Egin received an anonymous call giving the location of the body. The succinct message said: “Kidnapped, interrogated and shot. He is on the road into La Arboleda.”

Interviú magazine had linked Ramos to far-right groups in Vizcaya. He had sent letters to the press in Vizcaya denying that either of his family were members of any political party, but to no avail. Jesús García, who had been identified in the same reports, was killed by ETA on 5 January that year. 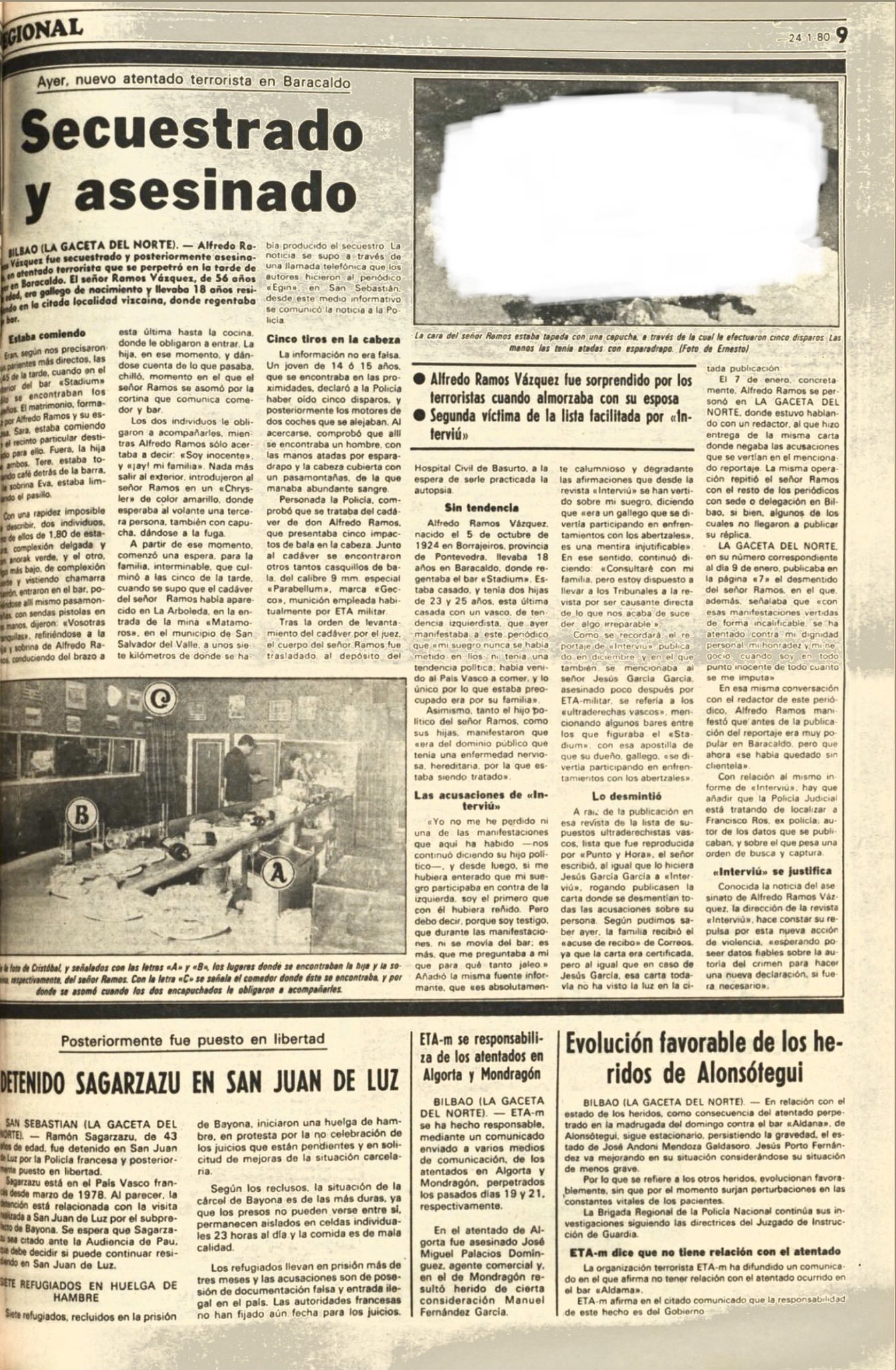 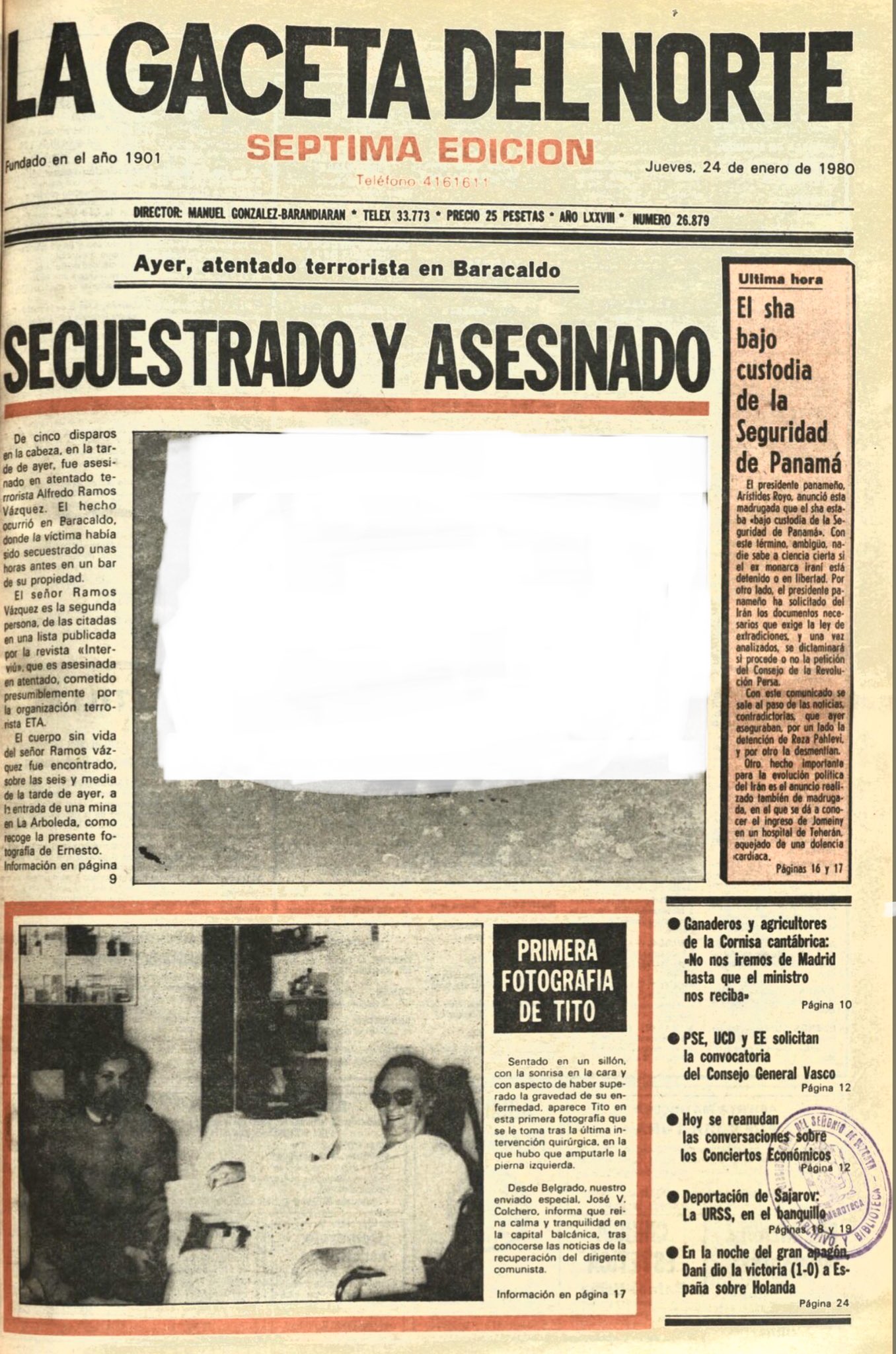 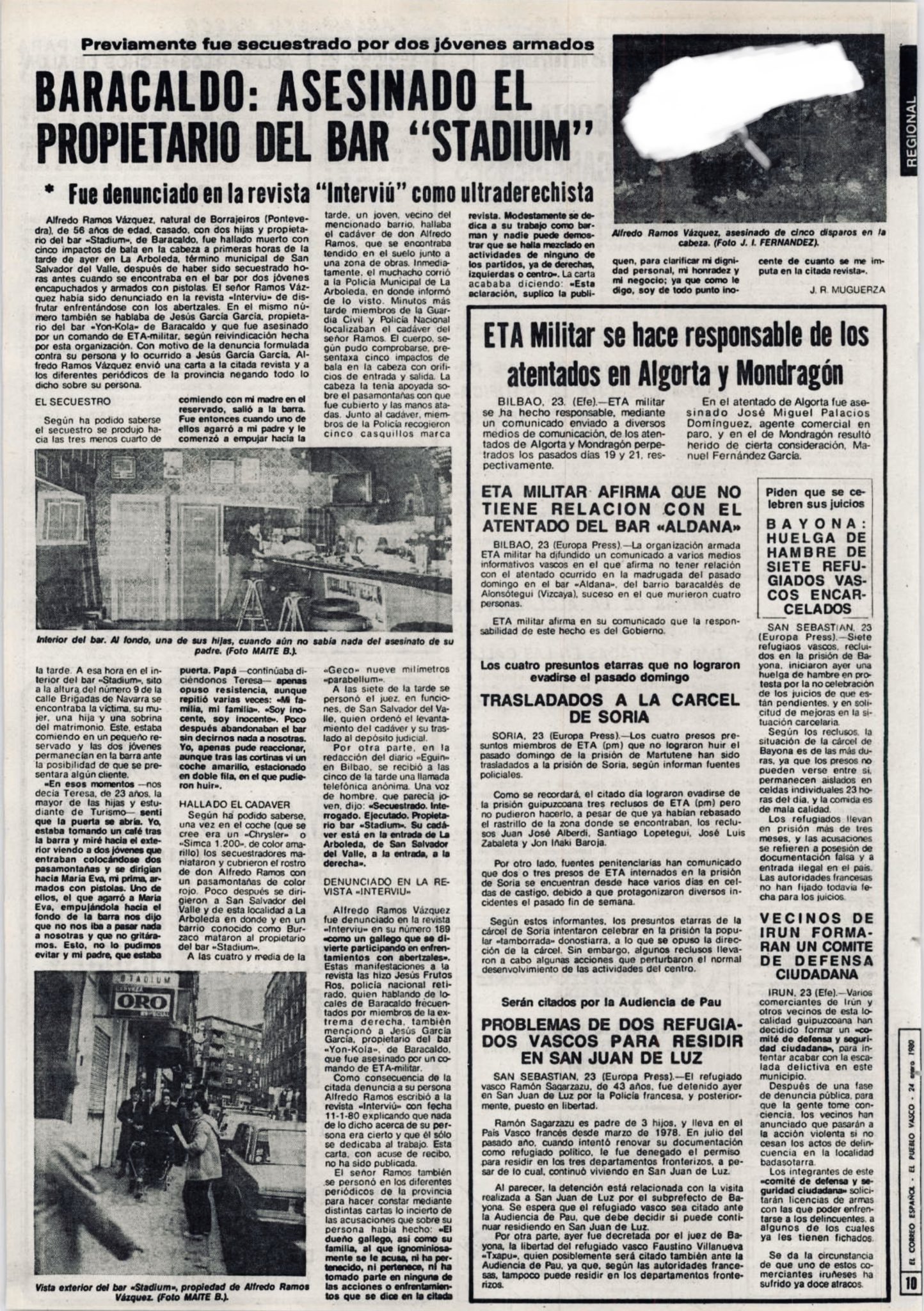 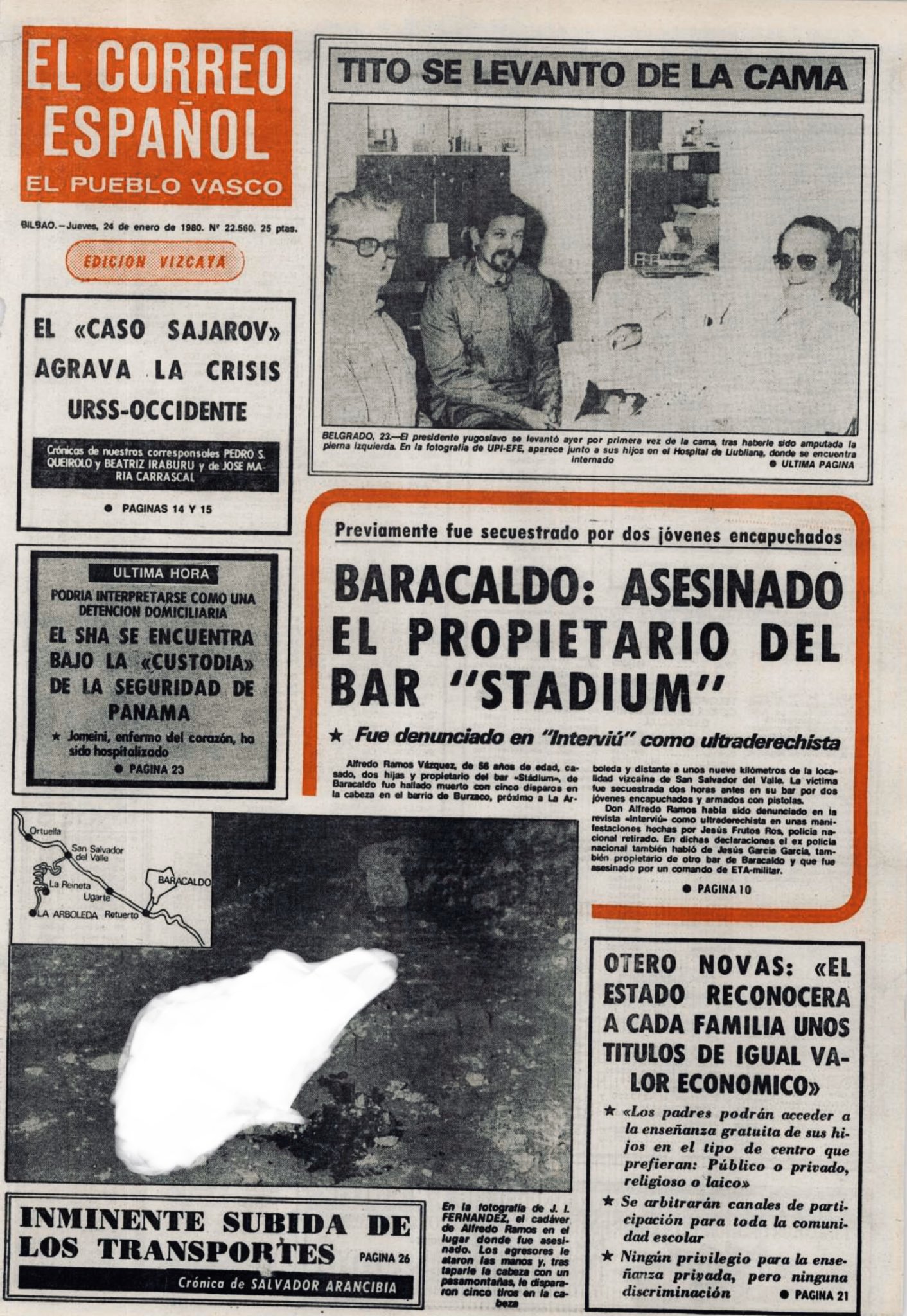