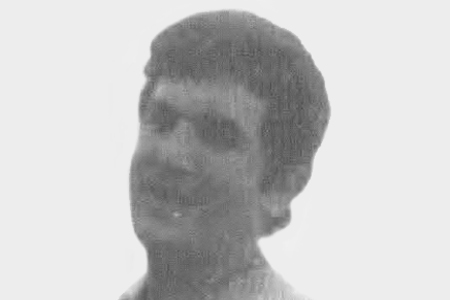 On the evening of 14 October 1983, Alfredo Jorge Suar Muro was in his surgery in El Puerto de Santa María (Cadiz) when a man wearing a beret entered asking to be attended. The two men left together 20 minutes later. At around 9.30 pm, two orderlies from the hospital in the city of Cadiz saw a vehicle in the car park with a person sitting in the driver’s seat. They found the doctor’s body with a bullet wound to the head and another in the spinal column. Responsibility for the murder was claimed by ETA militar.

Alfredo Jorge Suar Muro had been born in Buenos Aires (Argentina) and had studied medicine in Genoa (Italy). At the time of his death, he had two children aged 6 and 8 and had been working for five years as a doctor at the prison in El Puerto de Santa María, where more than 40 ETA members were serving time, while at the same time treating patients in a private clinic. He was the first prison officer to be assassinated by ETA and the first person to be killed by the terrorist organisation in Andalusia. 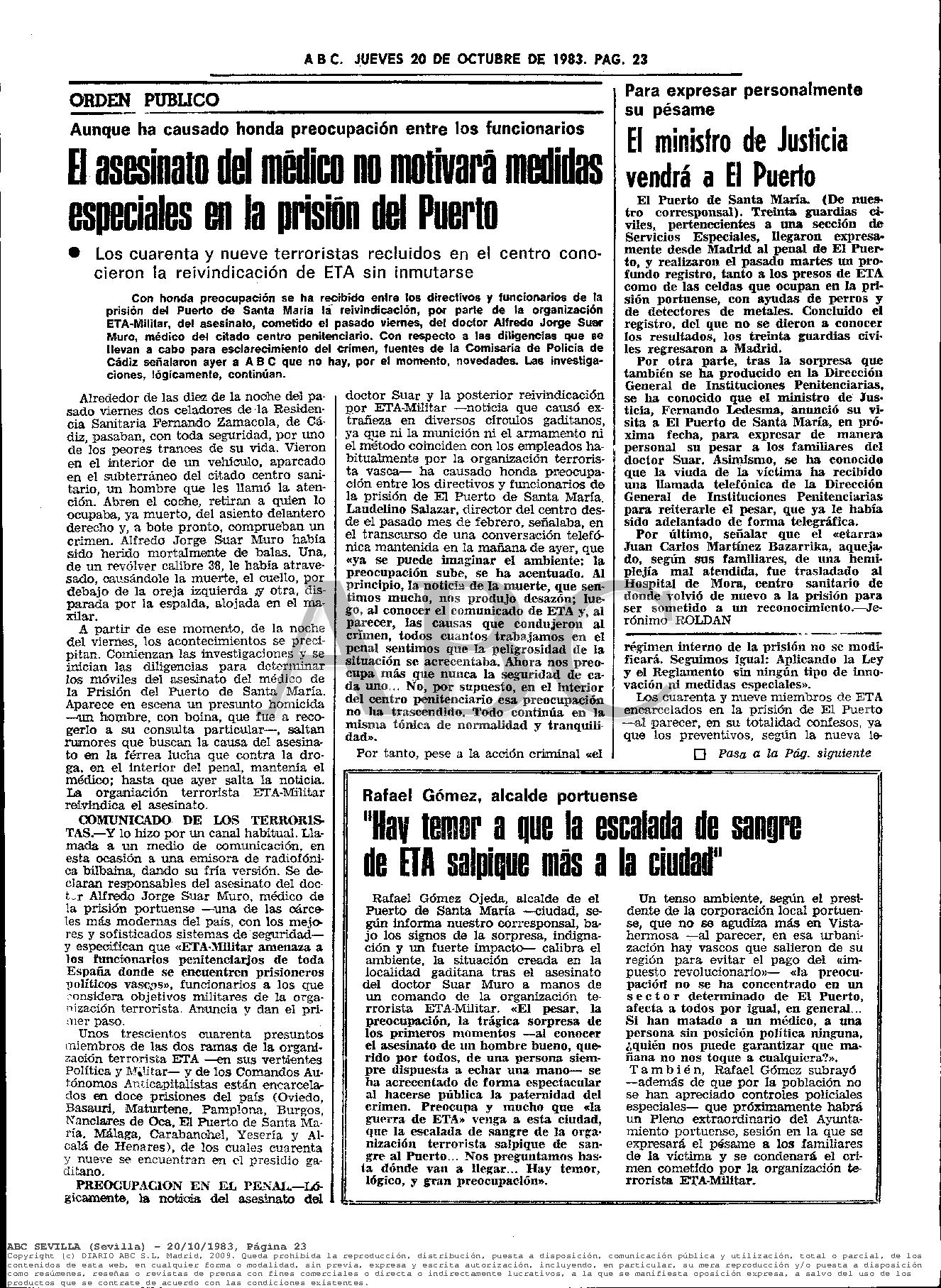 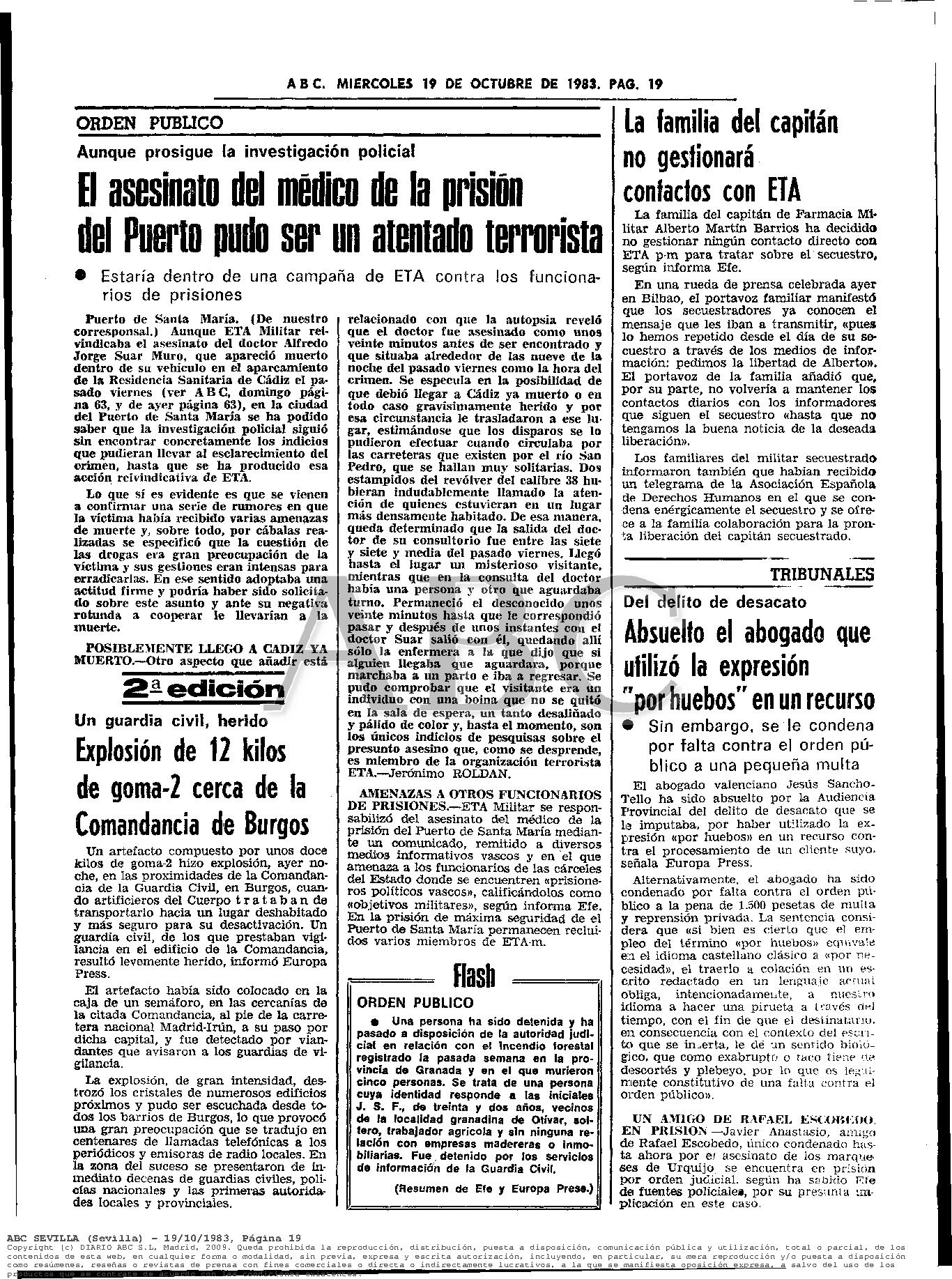 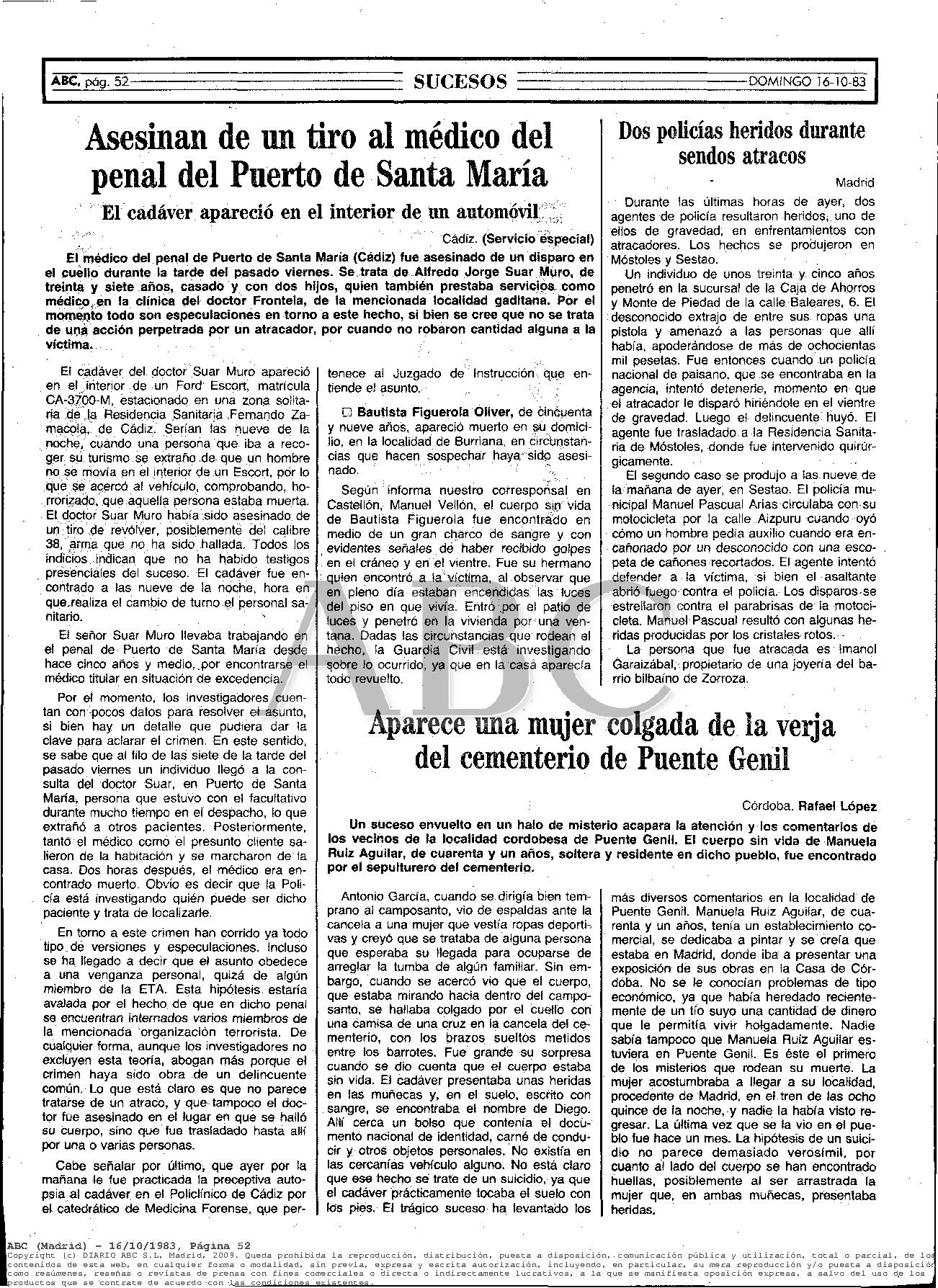