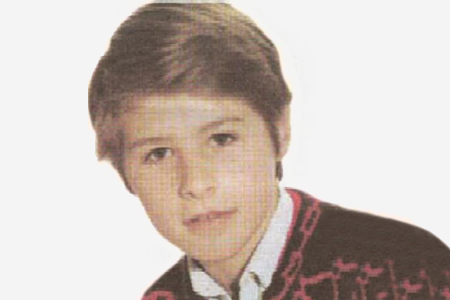 At around 9.30 pm on 30 May 1985, 14-year-old Alfredo Aguirre Belascoáin was walking to number 14, Calle Javier, which was near his house in the old quarter of Pamplona. There his parents were waiting for him at a neighbour’s home. As he was standing at the street door, a supposedly pregnant woman set a bag of rubbish down next to the door. A few moments later, a national police patrol arrived, having received a false report of a fight between two drug addicts. It was a trap. When one of the officers, Francisco Miguel Sánchez, approached the door, the pregnant woman —ETA member Mercedes Galdós— signalled to her companion to detonate the bomb. Alfredo Aguirre was blown several metres into the air by the blast. Seconds later, the boy’s parents came down to the street where they found their son dying. He died on his way to hospital. Officer Francisco Miguel Sánchez died at around 11.00 pm in the Navarra Hospital after undergoing multiple amputations.