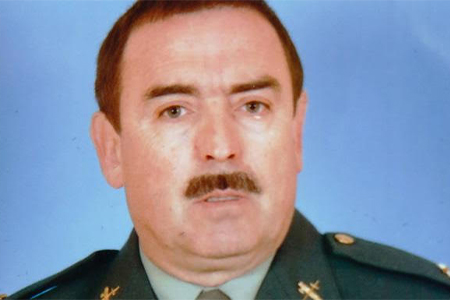 When Alfonso Parada Ulloa had walked just a few metres from his home, a terrorist came up behind him and shot him once in the side of the head. He was taken to hospital, where he spent twelve hours in a coma, before dying at 2.15 am.

Alfonso Parada’s son saw his father’s bloodied body lying the road and went to his aid, shouting “It’s my father, it’s my father.” The victim’s grandson, who was playing nearby, also saw his grandfather lying seriously wounded on the ground.

Although Alfonso was originally from Galicia, he had been brought up in the Basque Country, in San Sebastian and Vitoria, and followed in his father’s footsteps in joining the Civil Guard. In 1986 he worked in the Arms and Explosives Intervention unit, and subsequently performed administrative tasks. 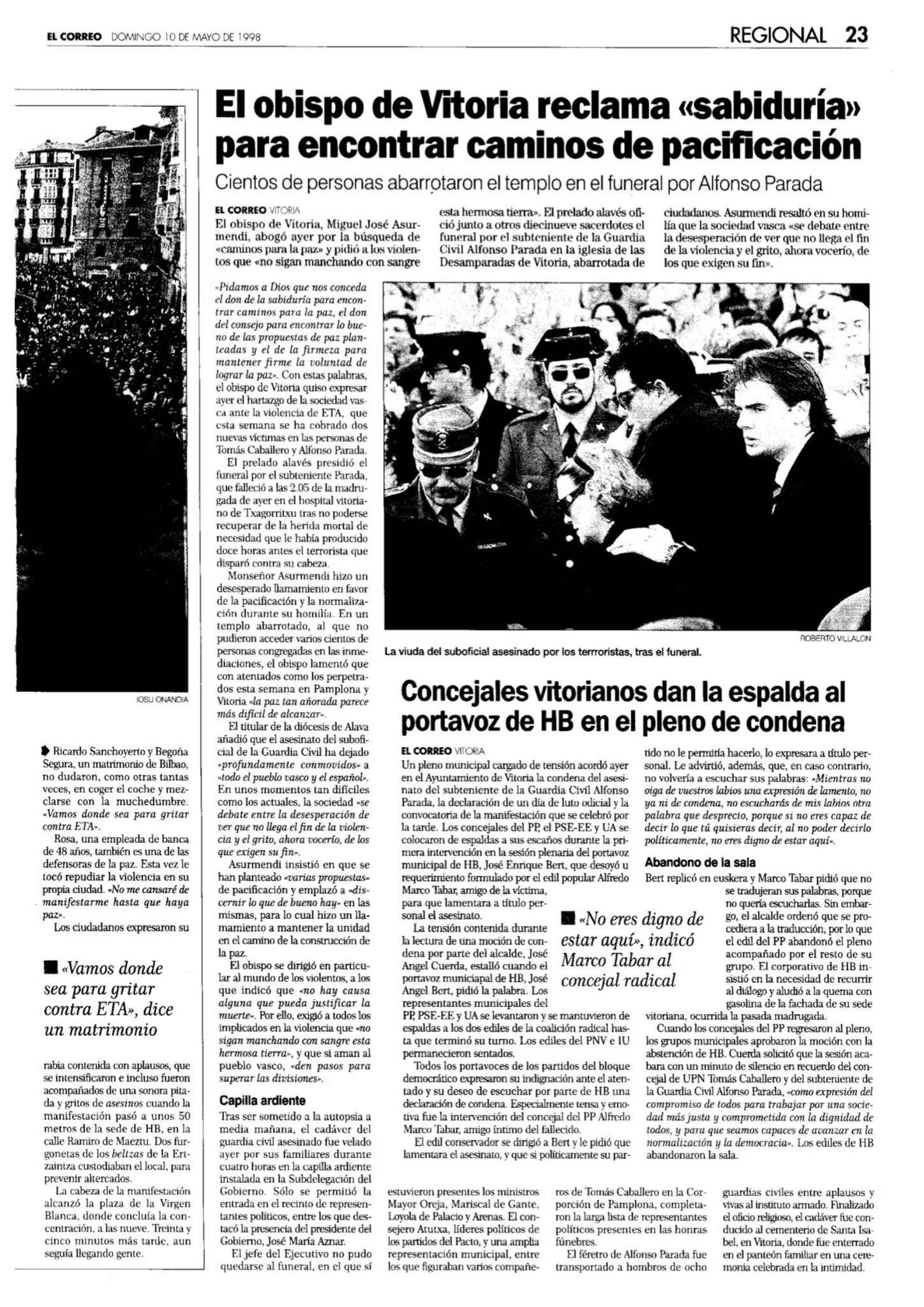 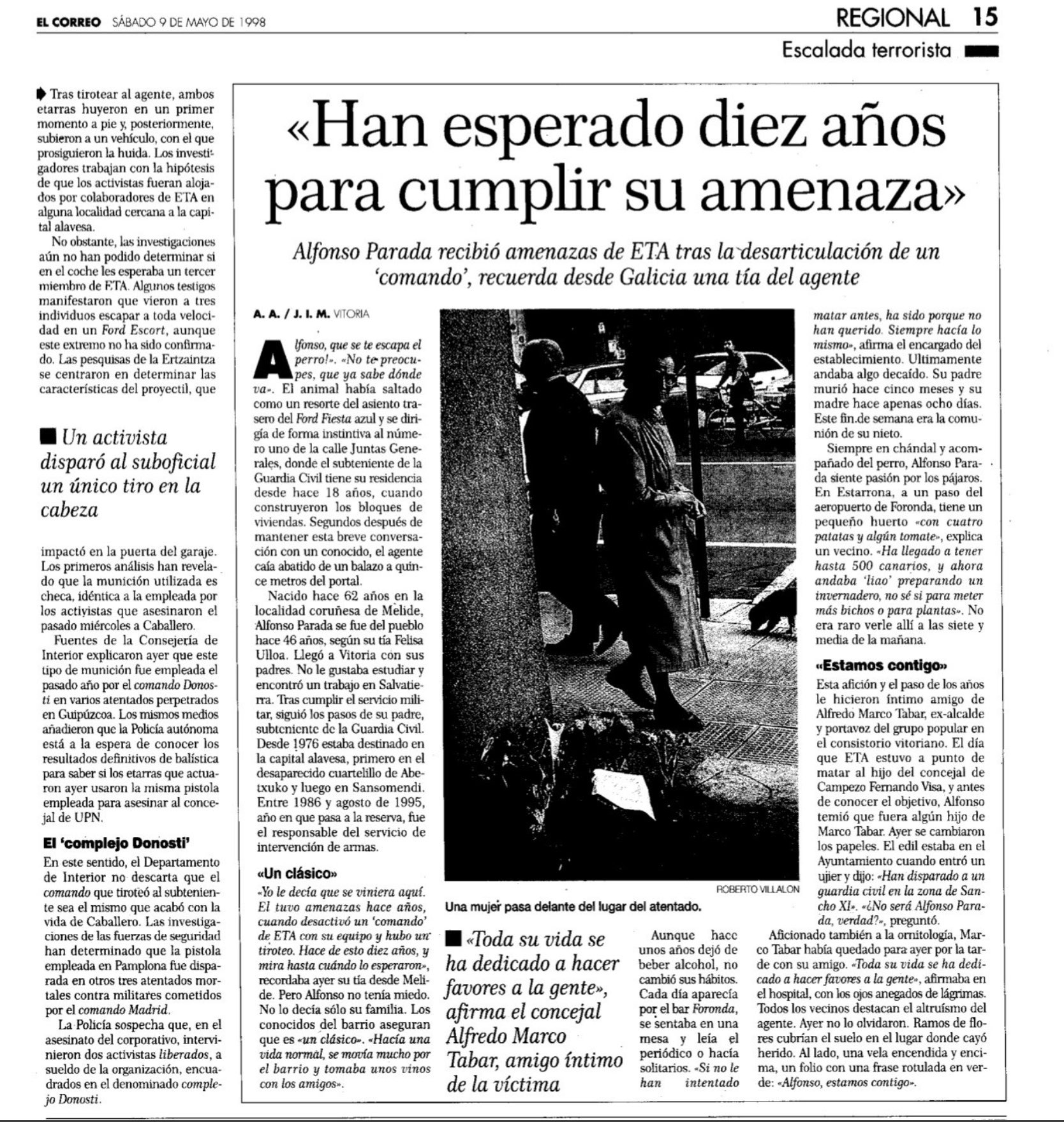 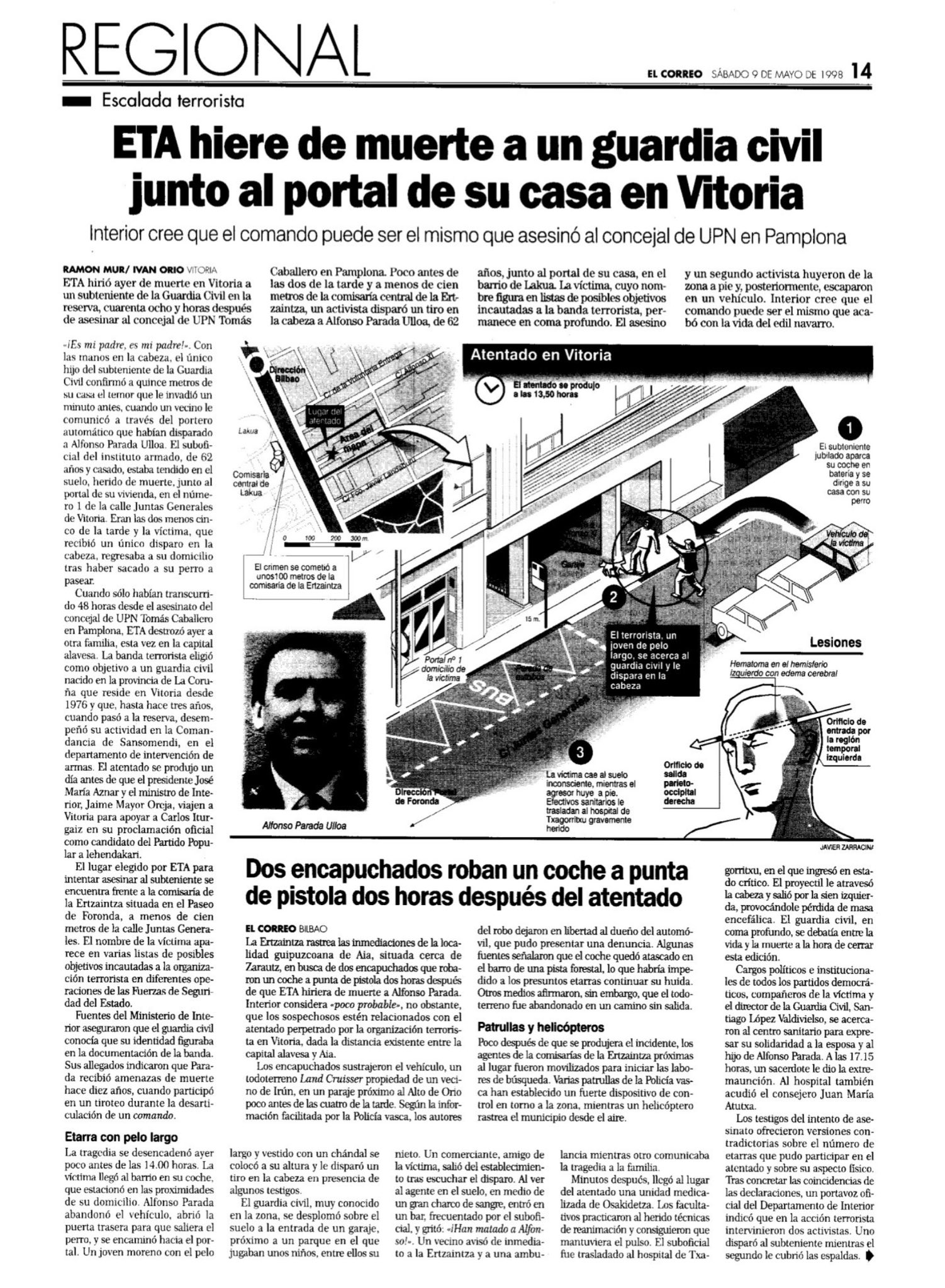 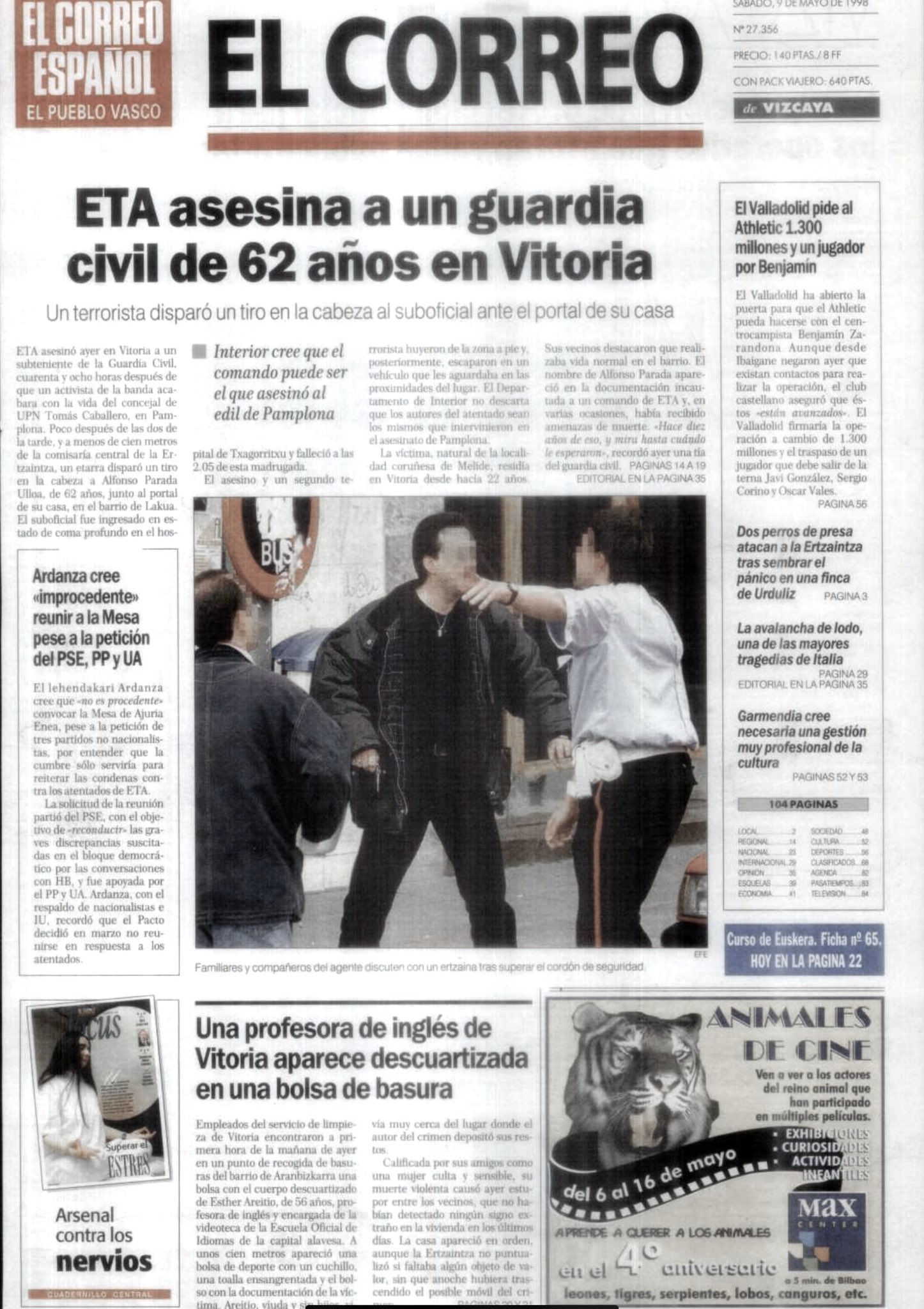