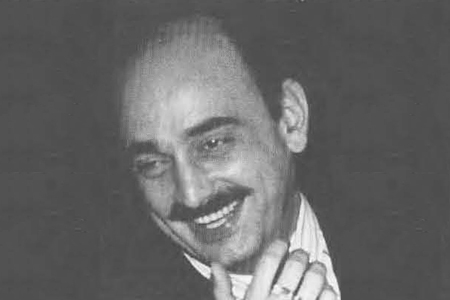 Alfonso Morcillo Calero was a sergeant in the municipal police of San Sebastian. At 8:15 am, as he was leaving his house in Lasarte to go to work, he was approached by two terrorists, Francisco Javier García Gaztelu, alias Txapote, and Juan Ramón Carasatorre Aldaz, who shot him in the back at point-blank range. He was killed instantly. The terrorist Valentín Lasarte also participated in the attack, driving the two others to the scene of the killing. He had also been in charge of keeping the victim under surveillance.

The victim was the head of the Investigation Unit, and second-in-command of the Municipal Police Force. In the closing months of 1994, Morcillo had been investigating ETA moles in the municipal police, making him a target for the terrorist group. As José Mari Calleja recounts in his book ¡Arriba Euskadi!, Morcillo was working to prove that there were municipal police officers in San Sebastián who regulated the traffic in the morning and passed information to ETA in the afternoon. 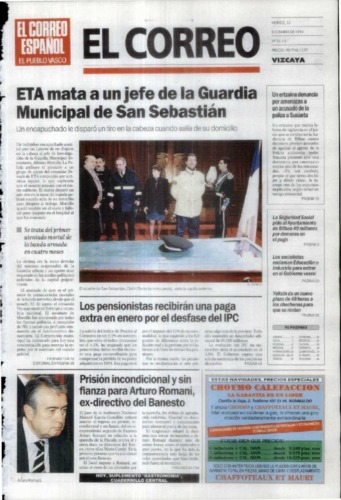 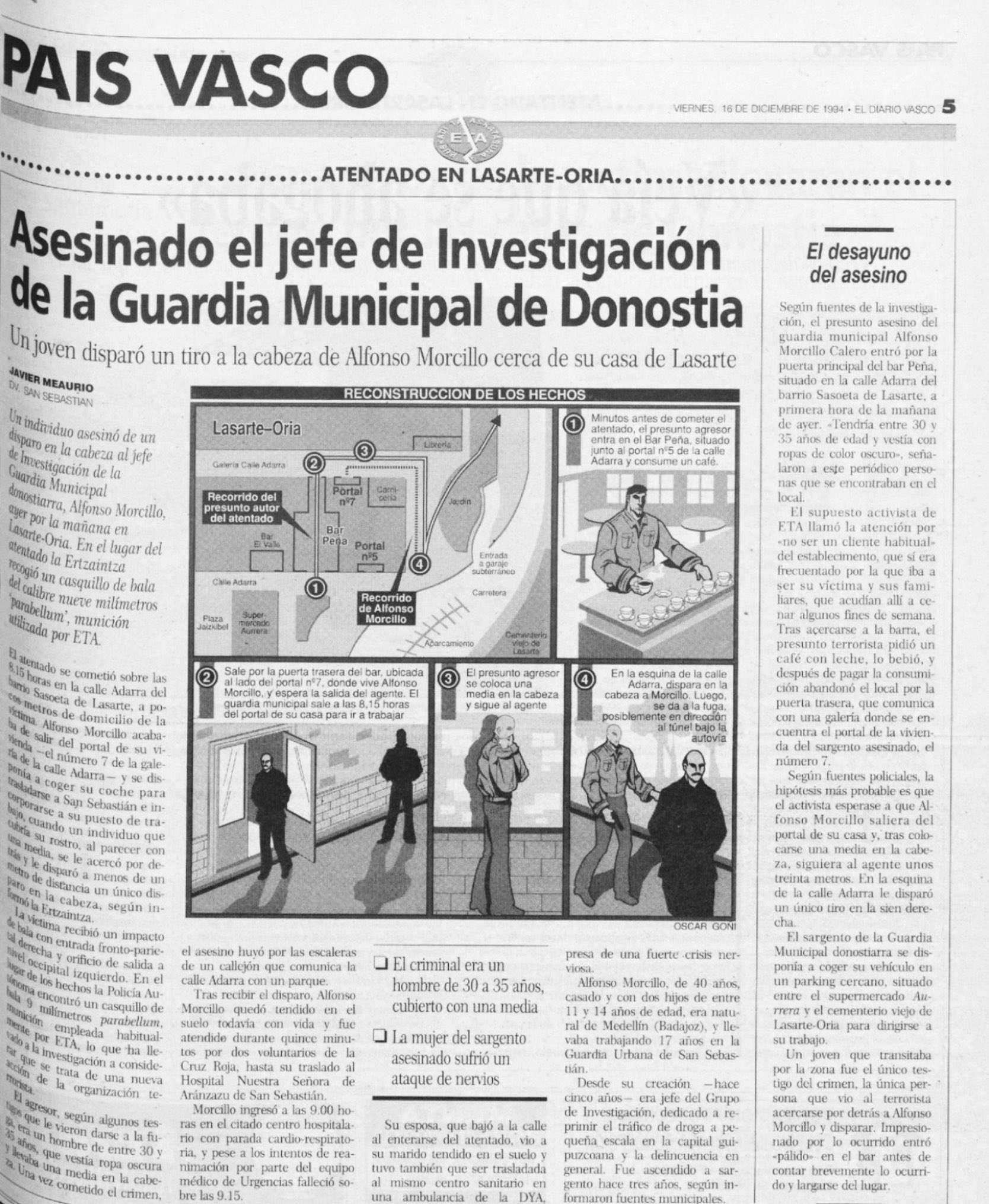 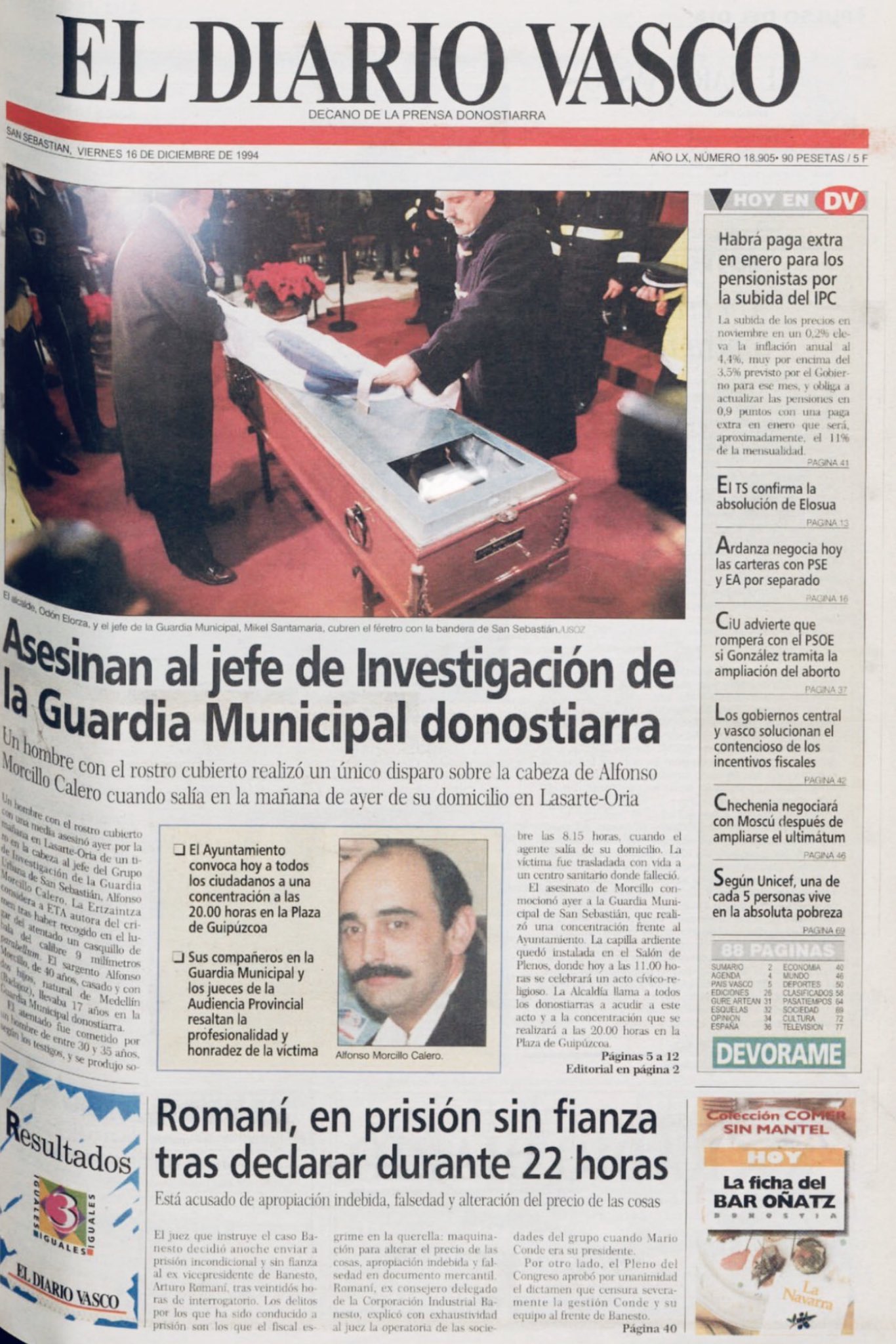