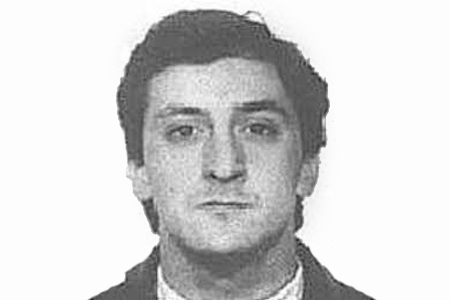 Officers from the Special Intervention Group of the Ertzaintza (Basque Police Force) had set up an operation to monitor the movements of ETA’s Vizcaya Unit. They had located terrorists Juan María Ormazábal and Jesús María Mendinueta, who were meeting other ETA members to prepare an attack.

Realising that they were being watched, the ETA members began to flee. Several of them were arrested. Ormazábal and Mendinueta tried to hijack a car, which happened to be an unmarked Ertzaintza vehicle. Alfonso Menchaca Lejona was at the scene and tried to escape but was shot by Ormazábal. In the ensuing shoot-out, Juan María Ormazábal was killed, becoming the first ETA member to die in a confrontation with members of the Ertzaintza. Jesús Marí Mendinueta was wounded. Alfonso Menchaca died in Basurto hospital on 1 September, several days after the attack. Altogether, seven other ETA members were detained in the operation, which had been launched five months earlier. 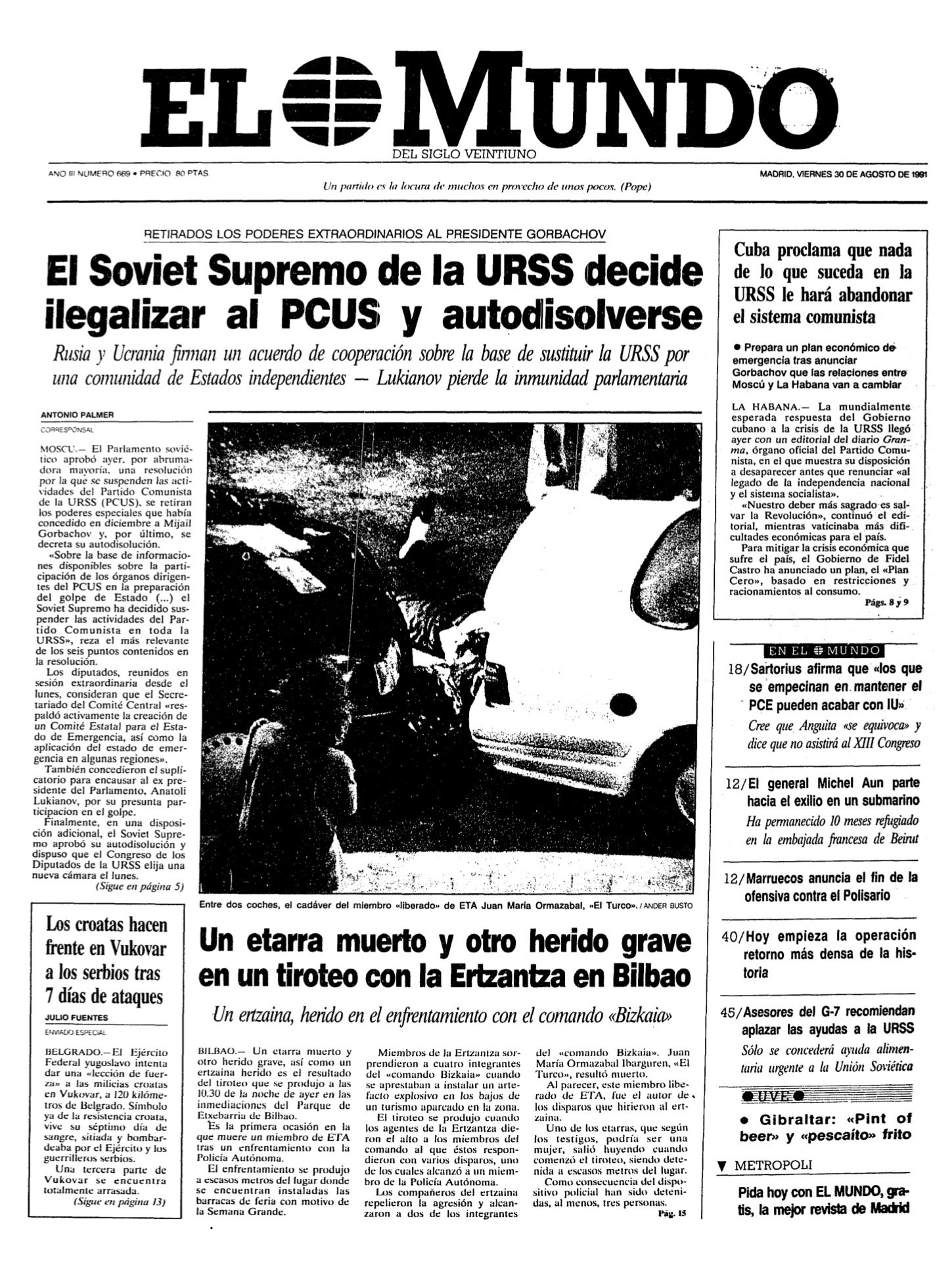 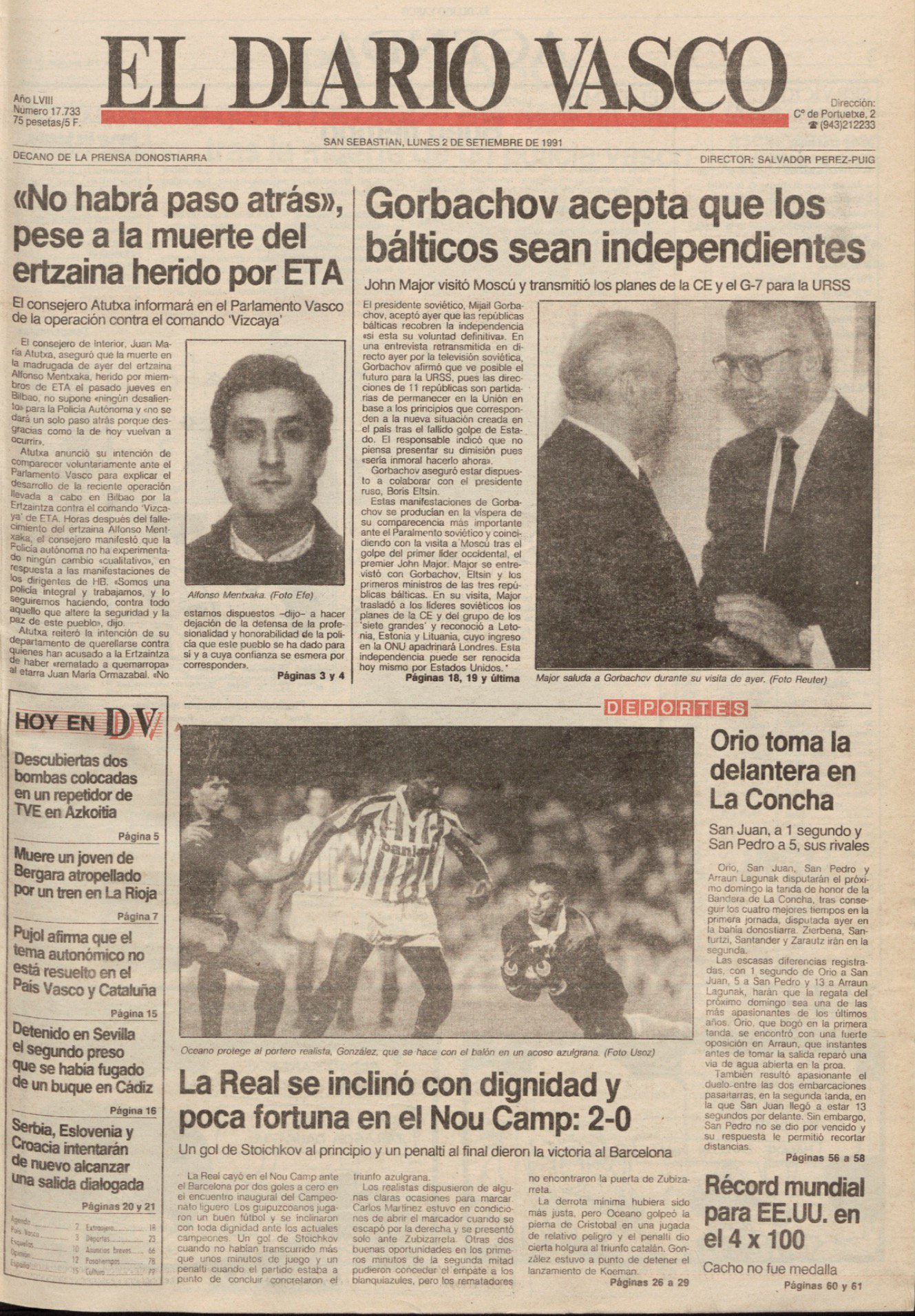 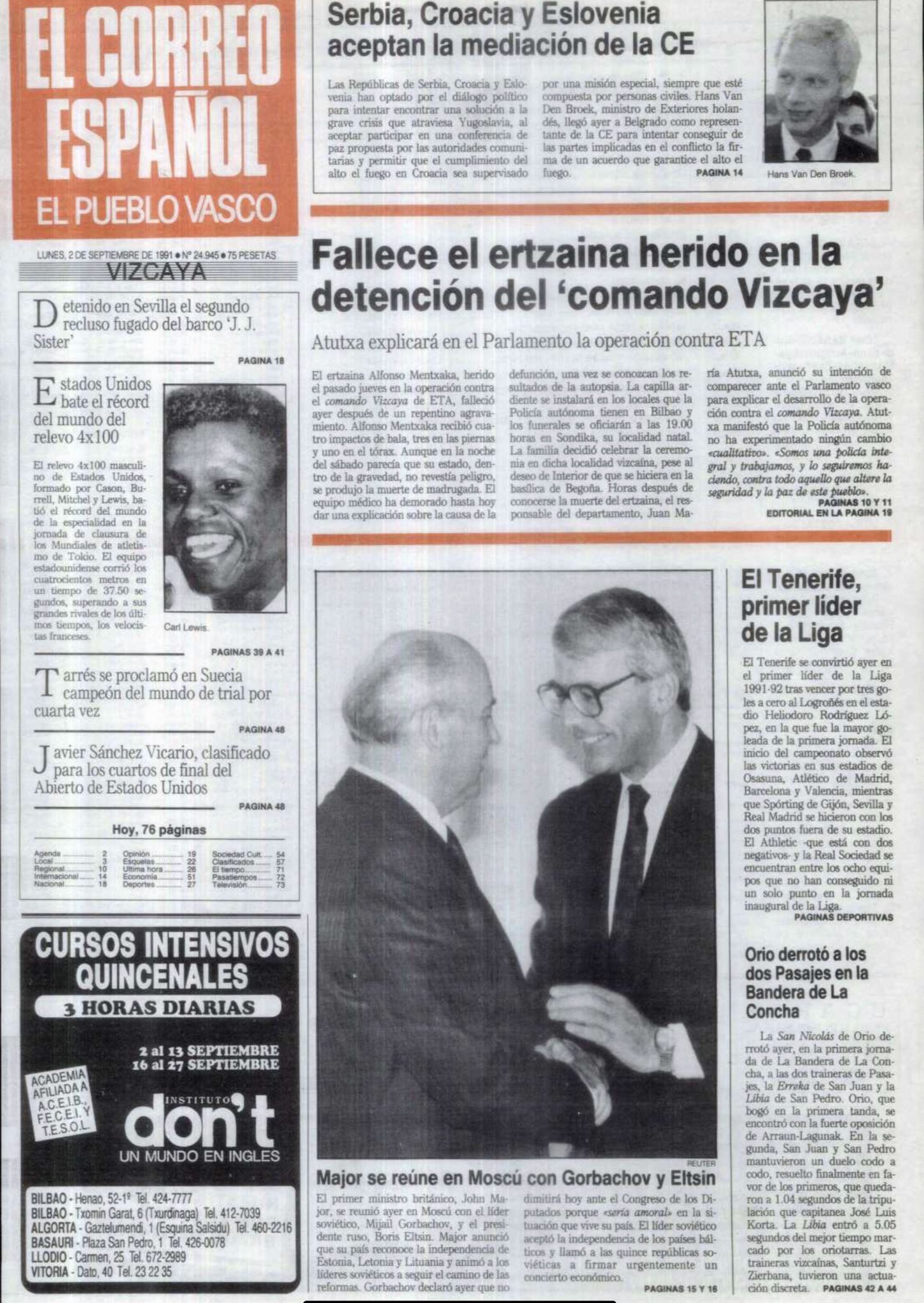 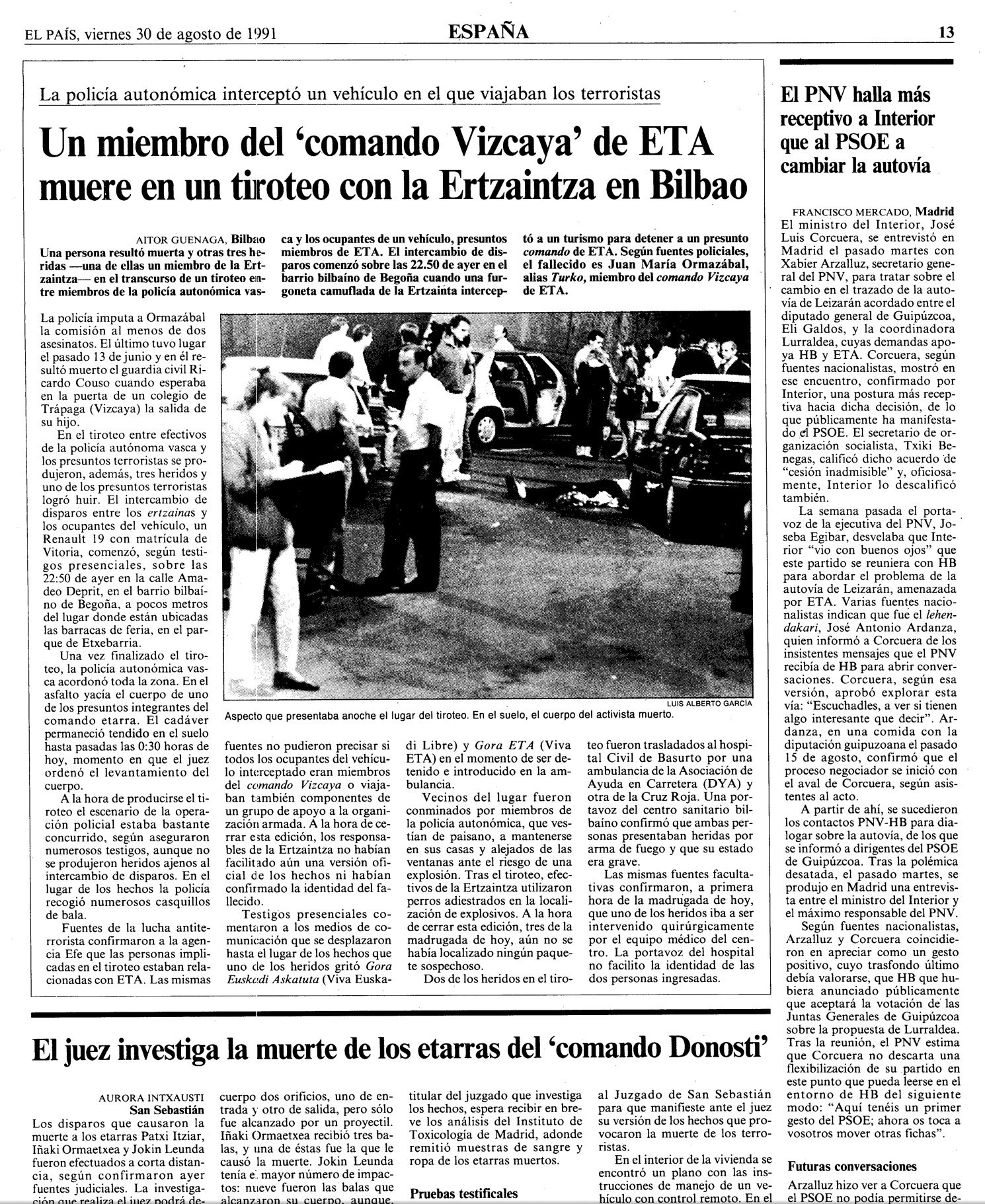 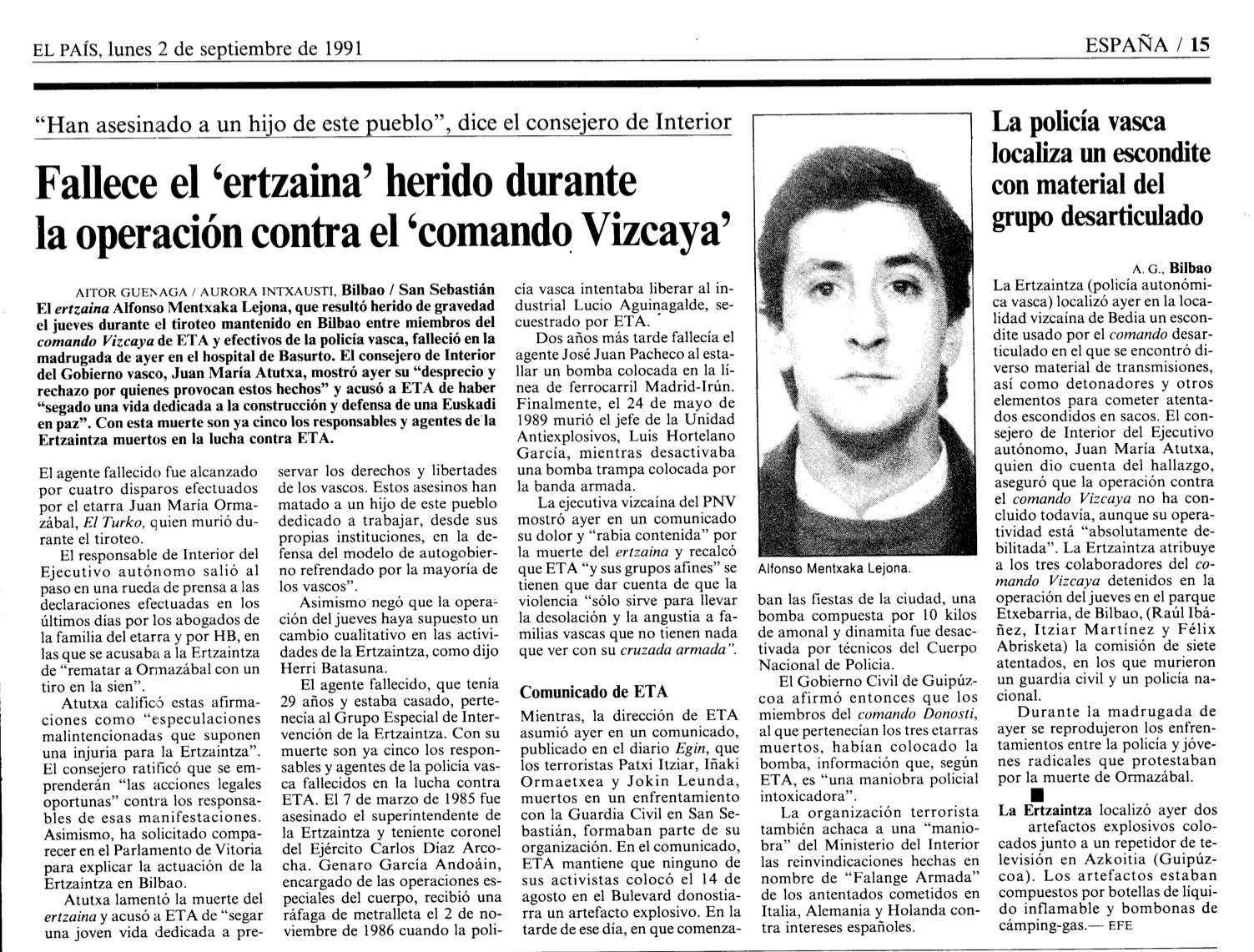 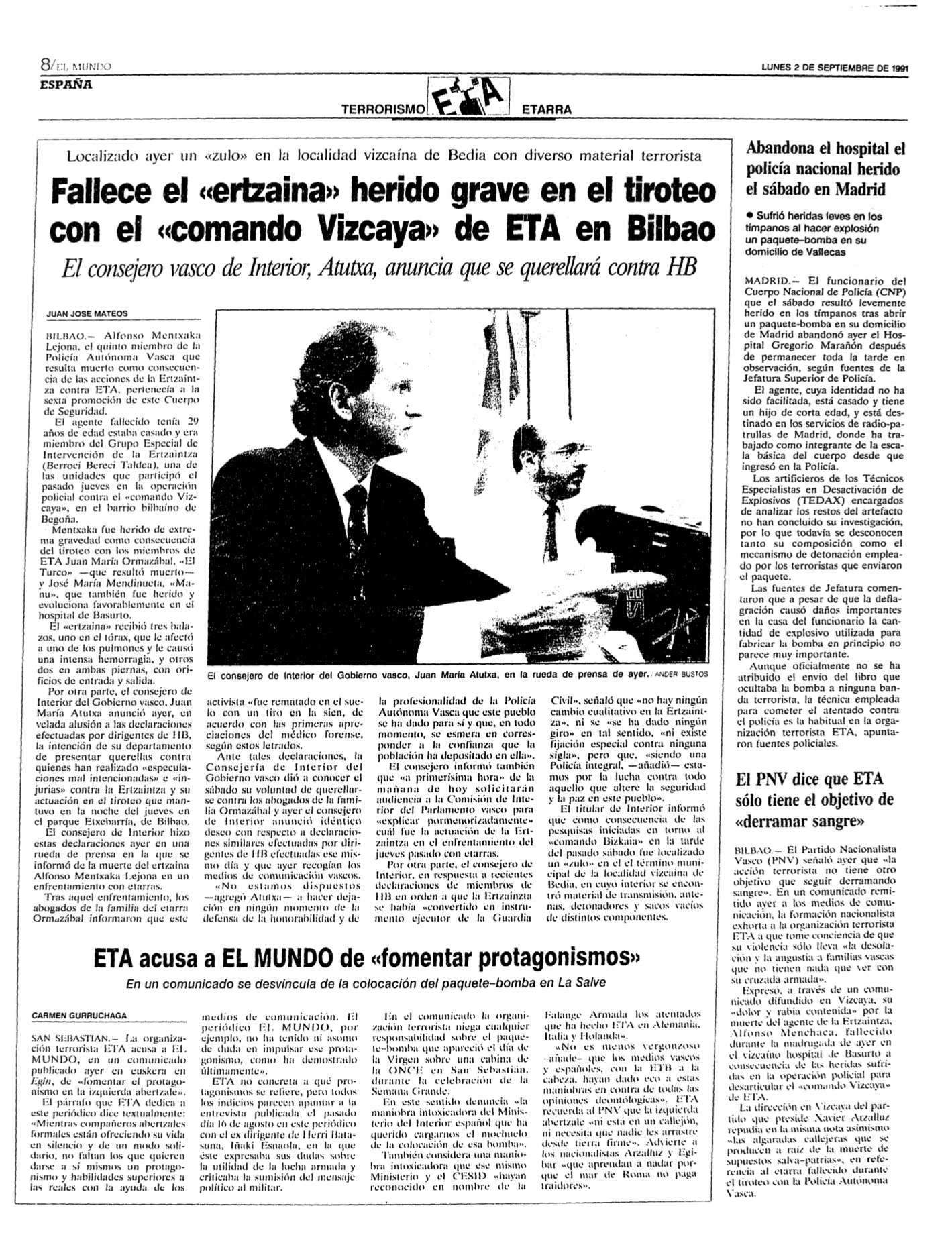