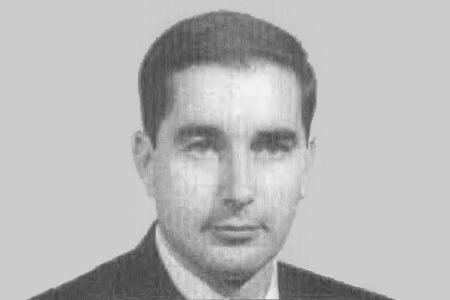 As Alfonso Estevas-Guilmain Muñoz was about to park his car next to his home, two terrorists came up on either side of the vehicle and fired bursts of machine-gun fire, killing him instantly. His wife and one of his three children witnessed the killing.
Although born in Madrid, Alfonso Estevas-Guilmain had lived in Fuenterrabía from the age of 18. He joined the police and worked as an inspector in the Information Service at Irún police station. Together with his wife, he also ran a hostel, took Basque language classes and studied law.
The justification given by ETA politico-militar for Estevas-Guilmain’s death was that he was involved in the attack on former ETA leader Juan José Etxabe in the south of France. However, his family denied the claims. 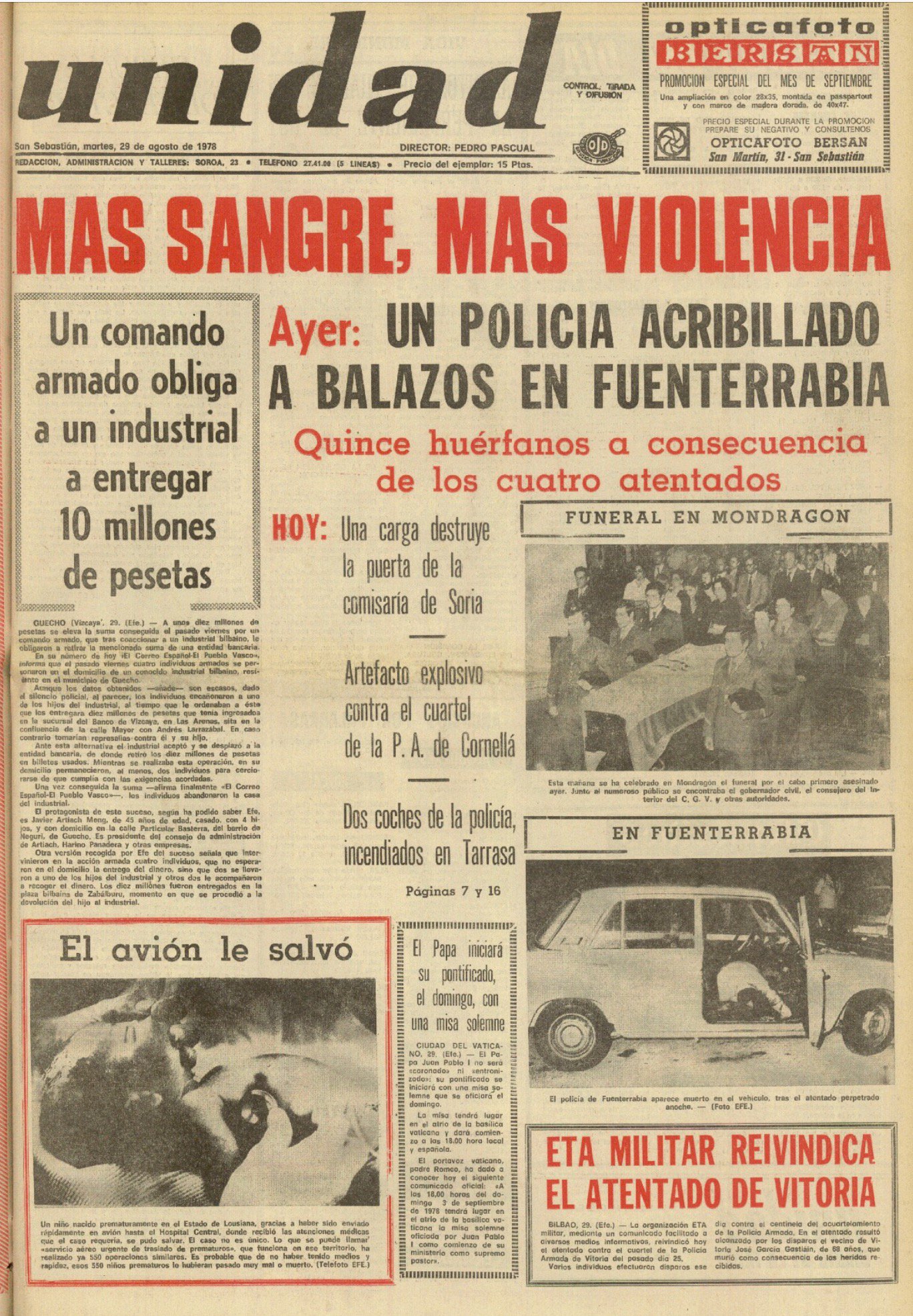 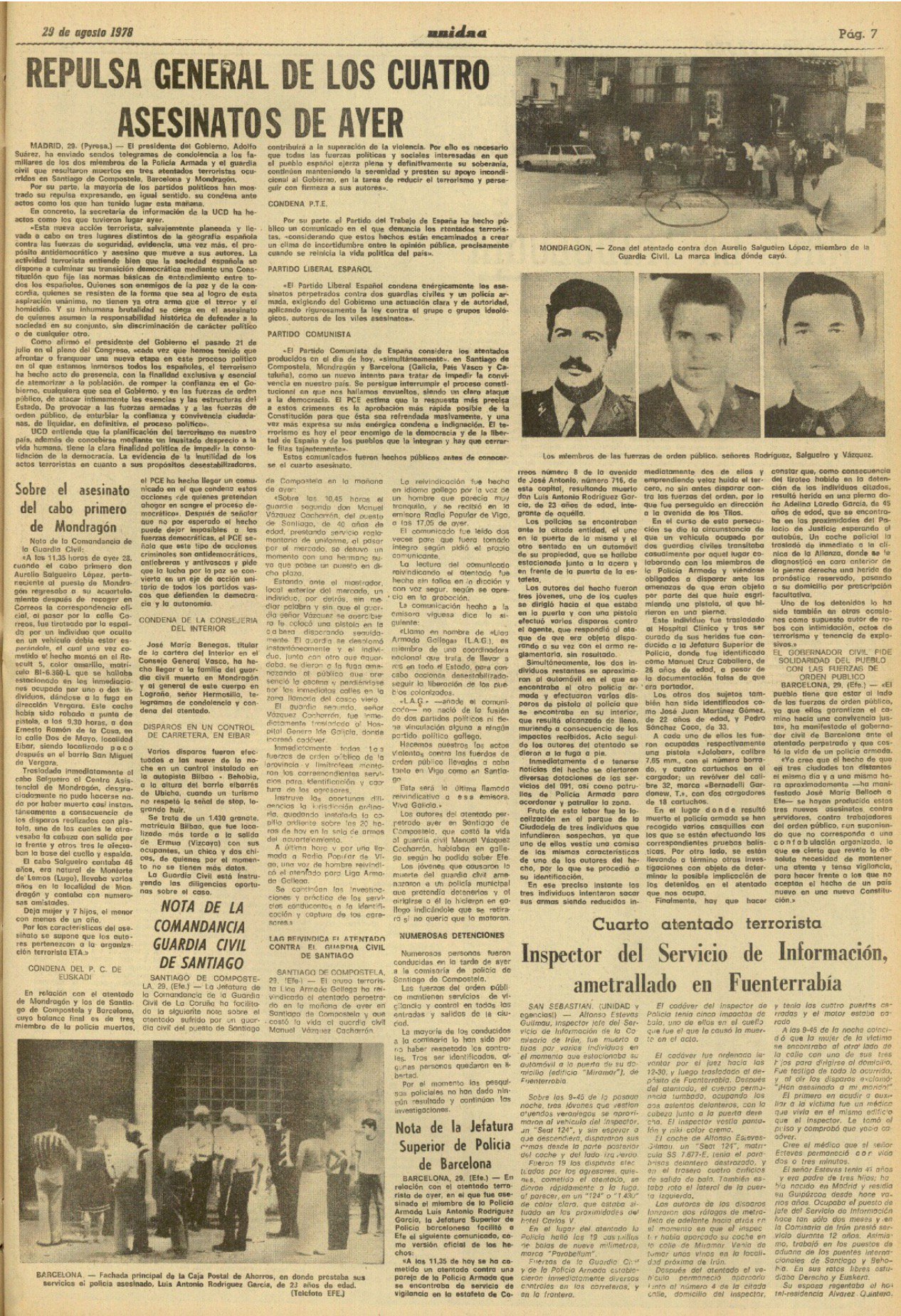