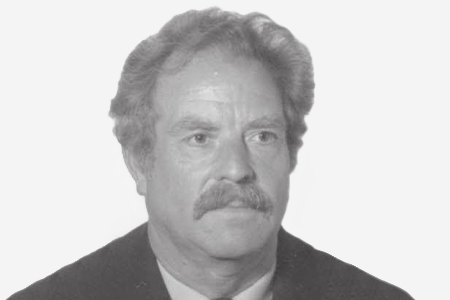 Alejandro Sáenz Sánchez was walking to his job at the Michelin factory in Lasarte, Guipúzcoa. It was the day before New Year’s Eve and his last day at work before he was due to take early retirement.

The terrorists who killed him stole a taxi in Hernani and tied its driver to a tree. Two ETA members were waiting for Alejandro in the factory car park. They approached him and shot him several times, hitting him twice in the head. He died almost instantly. It is believed that the terrorists delivered the coup de grace when he was lying on the ground. Workers from the Michelin factory turned out in large numbers for the funeral.

Alejandro Saénz had been a civil guard for 13 years, where he rose to the position of sergeant and was posted to Barcelona, Irún and Lasarte. However, he had since left the force.