Alberto Villena Castillo was machine-gunned from a moving Simca 1200 car, occupied by four terrorists, when he was walking along the quays in the port of Lequeitio, close to the Civil Guard barracks where he was stationed. He worked as a coastguard and was responsible for preventing contraband entering the port.

Alberto Villena received five bullet wounds, one very close to the heart. He was taken to the barracks for immediate medical attention and then transferred to the public health centre but was pronounced dead on arrival. 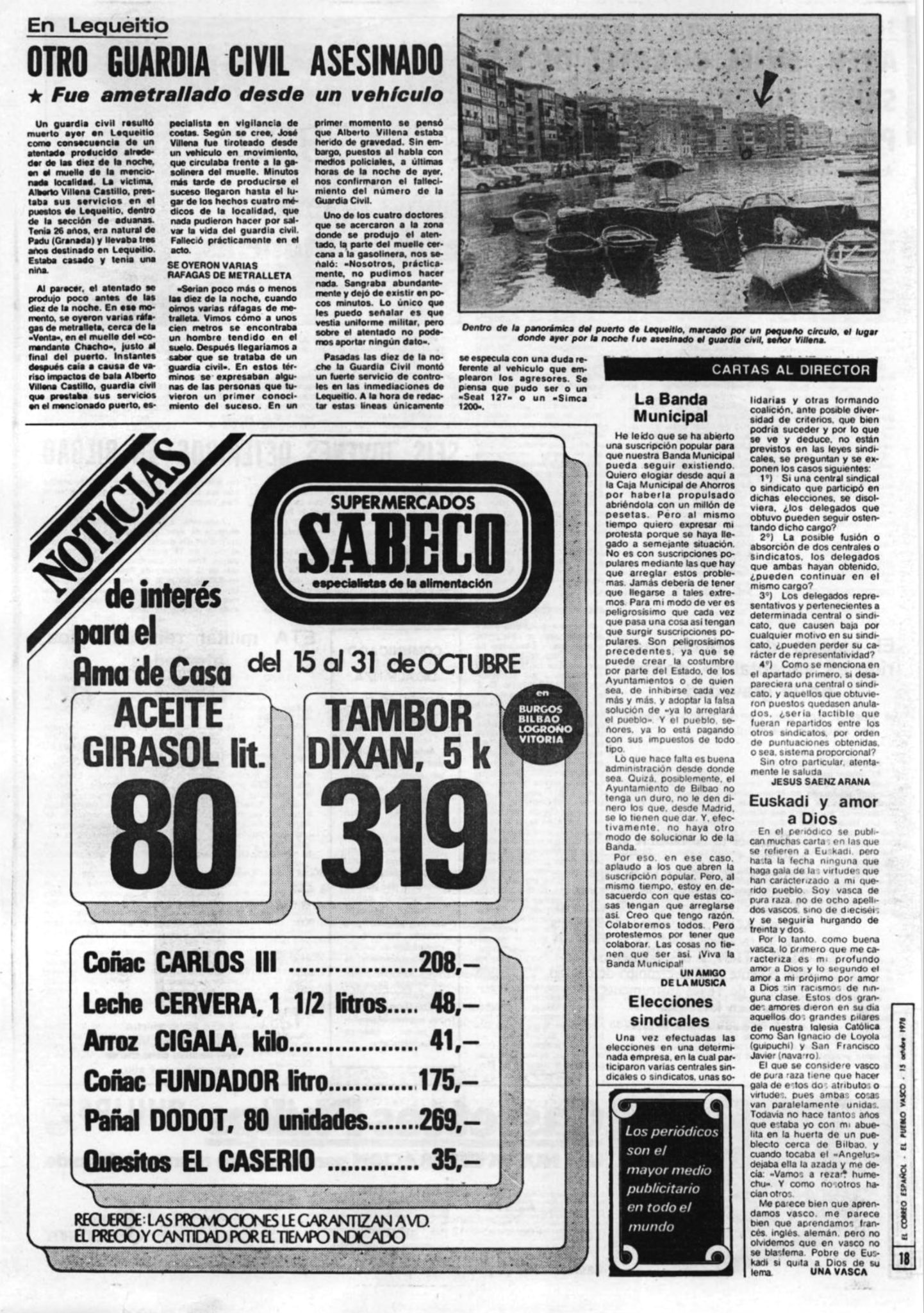 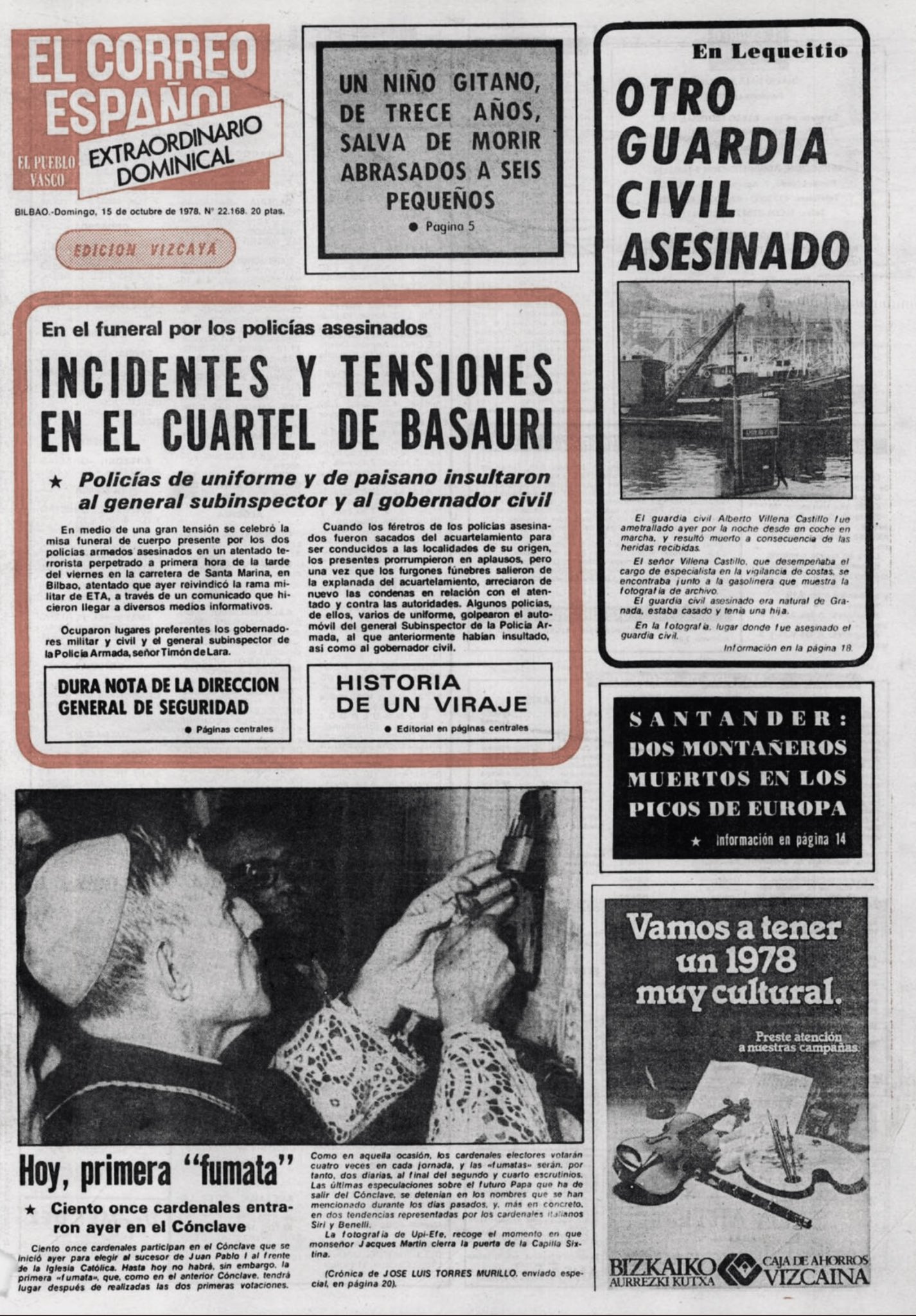 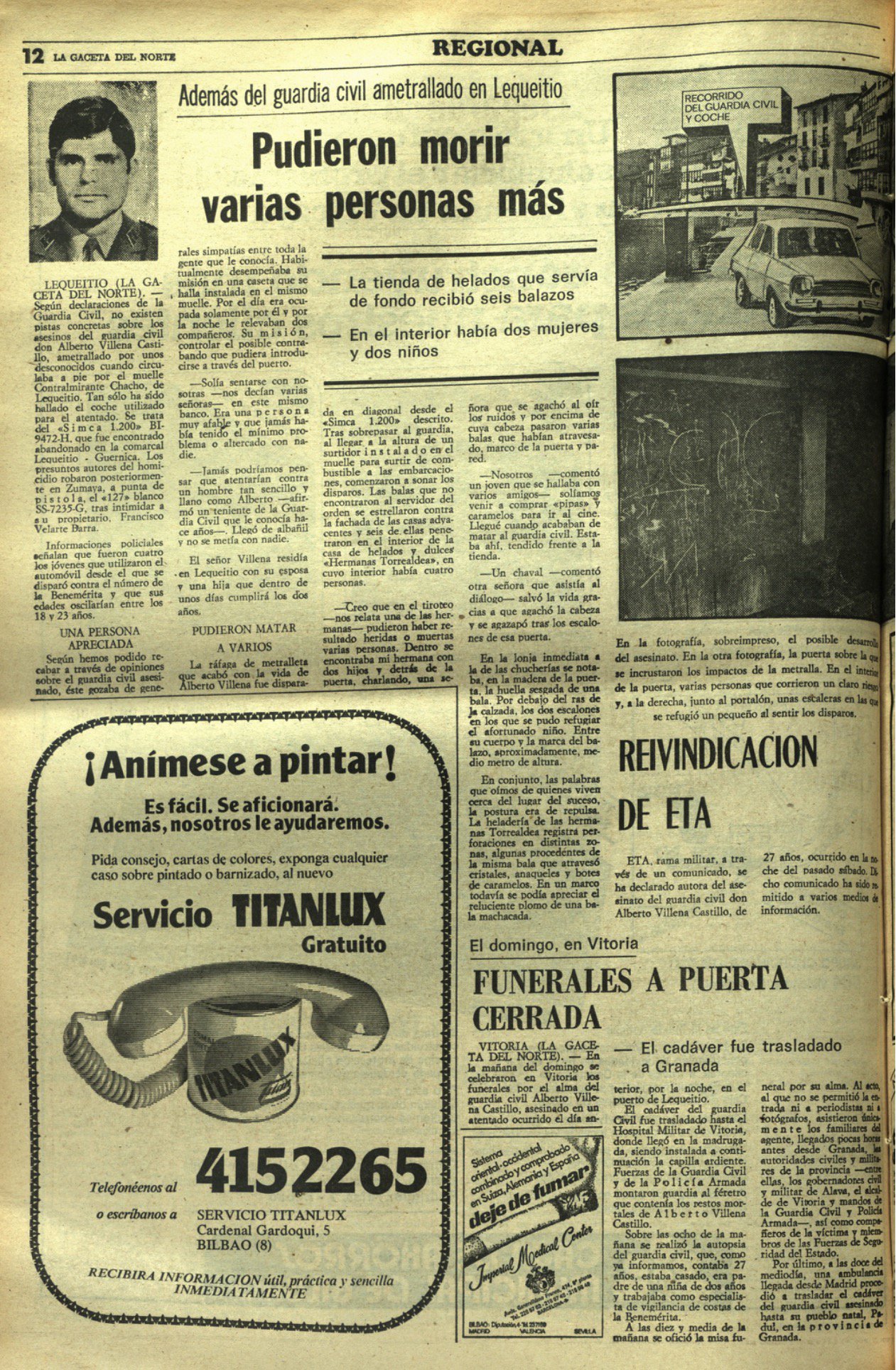 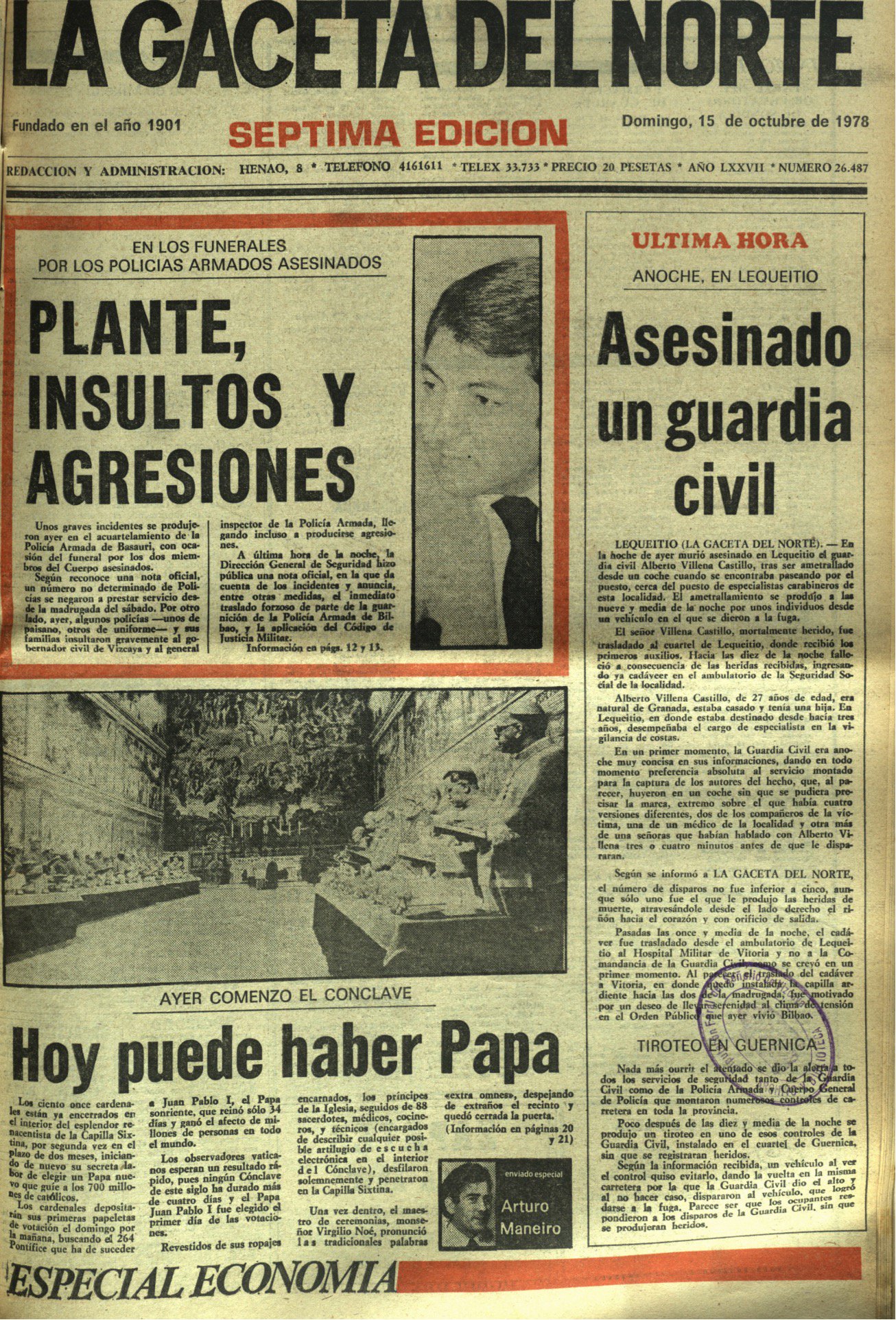