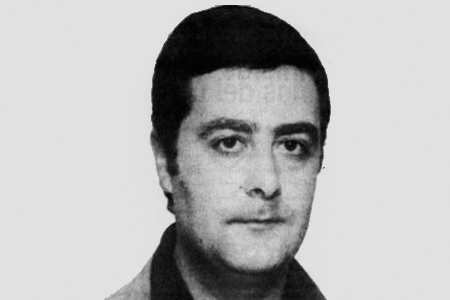 Alberto Martín Barrios was kidnapped on 5 October 1983 as he was leaving his home to go to work in the military government offices in Bilbao. He was in the habit of phoning his wife at 10 o’clock each day. However, that day he did not call, and the alarm was raised. His car was found close to the military headquarters with a gun inside. Keys were found in the garage where the car was parked, and it was therefore assumed that this was where the abduction had taken place.

Six days after the kidnapping, ETA claimed responsibility and demanded that the trial against ETA members arrested for the assault on the barracks in Berga (Catalonia) two years earlier be dismissed. Between the kidnap and the eventual murder, the terrorists played cat and mouse with the media, particularly TVE, demanding that they read out the full text of their communiqués, which were full of radical propaganda. At the same time, the soldier’s family anxiously pleaded with the group to release him.

On 13 October, the group gave 36 hours for their statement to be read on the 3 pm and 8.30 pm television news. The ultimatum was accompanied by two photographs of the kidnapped man, in which Martín Barrios was shown with several days’ stubble in front of a Basque flag and posters and stickers of the group. Under pressure, TVE broadcast part of the script on the 13th, declaring that it would only read the full text of the statement when the captain was released.

The body of the captain of the Pharmaceutical Division was found gagged with a bullet wound in the right temple, in a wooded area near Bilbao. No one has ever been tried for the crime.